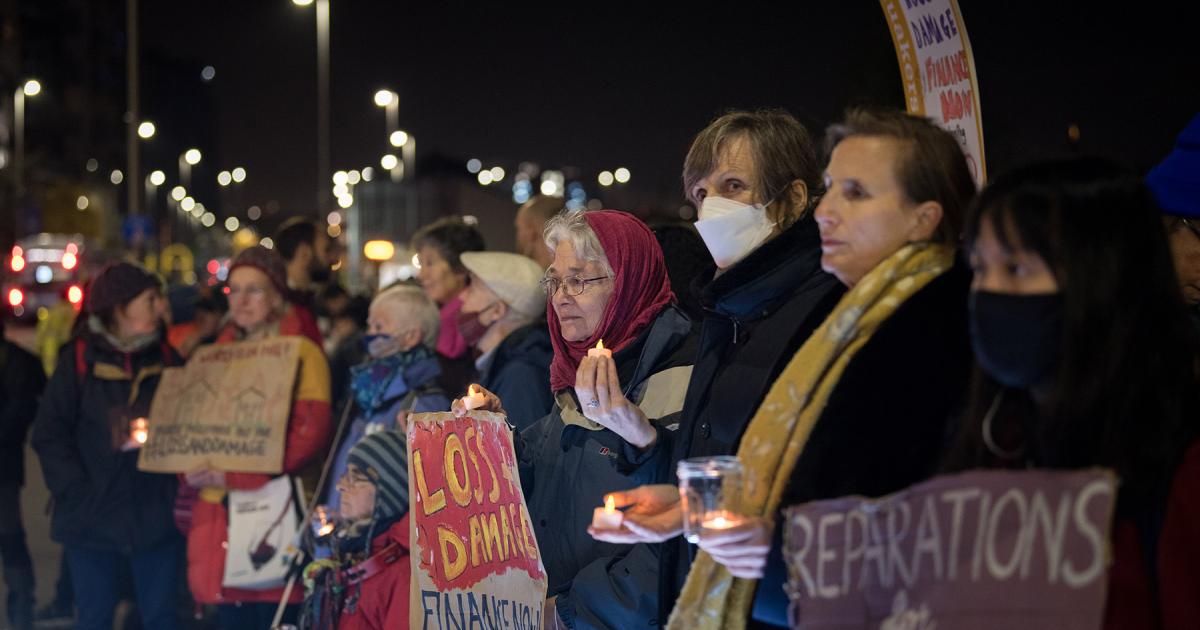 (LWI) – Calls for a fairer global tax system were at the heart of the recent COP26 Peoples’ Summit side event ‘Tax the rich, save the planet’, with faith-based activists calling for an economic order that can fix the past exploitation of men and the planet. In order to both educate and enable churches to support this campaign for greater tax justice, the Lutheran World Federation (LWF) and its partners have released a new online resource called ZacTax Toolkit.

The Zacchaeus Tax campaign was launched in the summer of 2019 at the United Nations in New York. It is an ecumenical initiative supported by the LWF in partnership with the World Communion of Reformed Churches (WCRC), the World Council of Churches, the World Mission Council and the World Methodist Council, as part of the new international financial and economic architecture. (NIFEA).

The name of the campaign is inspired by the tax collector named in the Gospel of Saint Luke who was transformed by an encounter with Jesus and made reparations for his past exploitation of the poor in first century Palestine. When Jesus speaks to Zacchaeus, who was riding a sycamore tree to get a better view, the wealthy tax collector announces that he will give half of all his possessions to the poor and quadruple everything he had taken illegally.

The campaign tackles injustices, including colonialism and slavery, as well as ecological exploitation, calling for a â€œpollution taxâ€ and other fiscal measures to create a more equitable economic system. The introduction of the new toolkit explains why churches â€œcan and should play an important role in encouraging national and international systems to reward work and redistribute gains, promote gender justice and ecological sustainabilityâ€, while by penalizing those who participate in â€œspeculative and polluting activities. and activities that deplete resources.

The toolkit includes chapters on the history of Zacchaeus and the theology of taxation, as well as practical suggestions for church engagement and a section for children reflecting on the concept of the common good. Its goals echo the urgent call made by religious leaders to the leaders of the G20 countries ahead of their Rome summit in late October, calling for a “reset” of the current development model of the world “based on economic growth driven by the fossil fuels “.

Reverend Dr Sivin Kit, LWF’s Program Manager for Public Theology and Interfaith Relations, said: â€œEffective global advocacy that promotes a redistribution of resources to impoverished communities to fight poverty and protect the planet is ingrained. in our collective efforts from below. This educational resource provides churches with theological reflections, political ideas and practical means that strengthen local and national action for a better future for all.