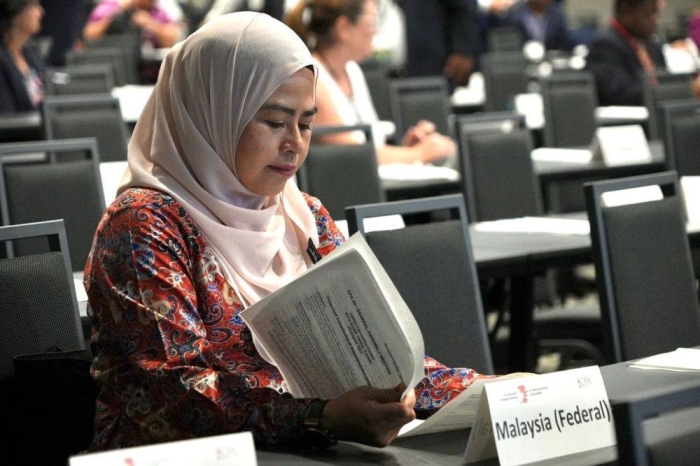 Minister of Higher Education Datuk Seri Noraini Ahmad during a session of the Commonwealth Parliamentary Conference in Canada.

Indeed, women play an important role both in the socio-economic well-being of the family and in the development of the country, she added.

“A study by the Organization for Economic Co-operation and Development (OECD) found that increasing the level of education of women contributed to an increase in economic growth of almost 50% in OECD countries. over the past 50 years,” Noraini said. .

The leader of Wanita Umno said women had also played a major role in transforming Malaysia into an international education hub, adding that last year there were more women than men working and studying in public institutions.

“In 2021, there were more female staff, at 56.8%, than men, who stood at 43.2% in our public higher education institutions. These establishments also welcomed more female students, with an occupancy rate of 61%.

“In addition, almost 60% of the more than 15,000 staff members of the Ministry of Higher Education are women. Based on these numbers, I expect great achievements among Malaysian women in the near future,” she said.

Datuk Seri Noraini Ahmad said the ministry was working on initiatives to empower women parliamentarians and promote diversity in the country.

She said that during the conference, Commonwealth Women Parliamentarians (CWP) presented a proposal at a CPA Executive Committee meeting to increase women’s participation to at least 33% as excos to the APC.

According to Noraini, CWP’s proposition is to ensure that women’s voices, opinions and issues are prioritized.

“In this regard, I have also shared initiatives in support of efforts to empower women parliamentarians and promote diversity or intersectionality. In our country, only 33 or 14.9% of the 222 members of Dewan Rakyat are women.

“This number is small compared to the female population, which accounts for nearly half or 47.7 of Malaysia’s 32.5 million people,” she added.