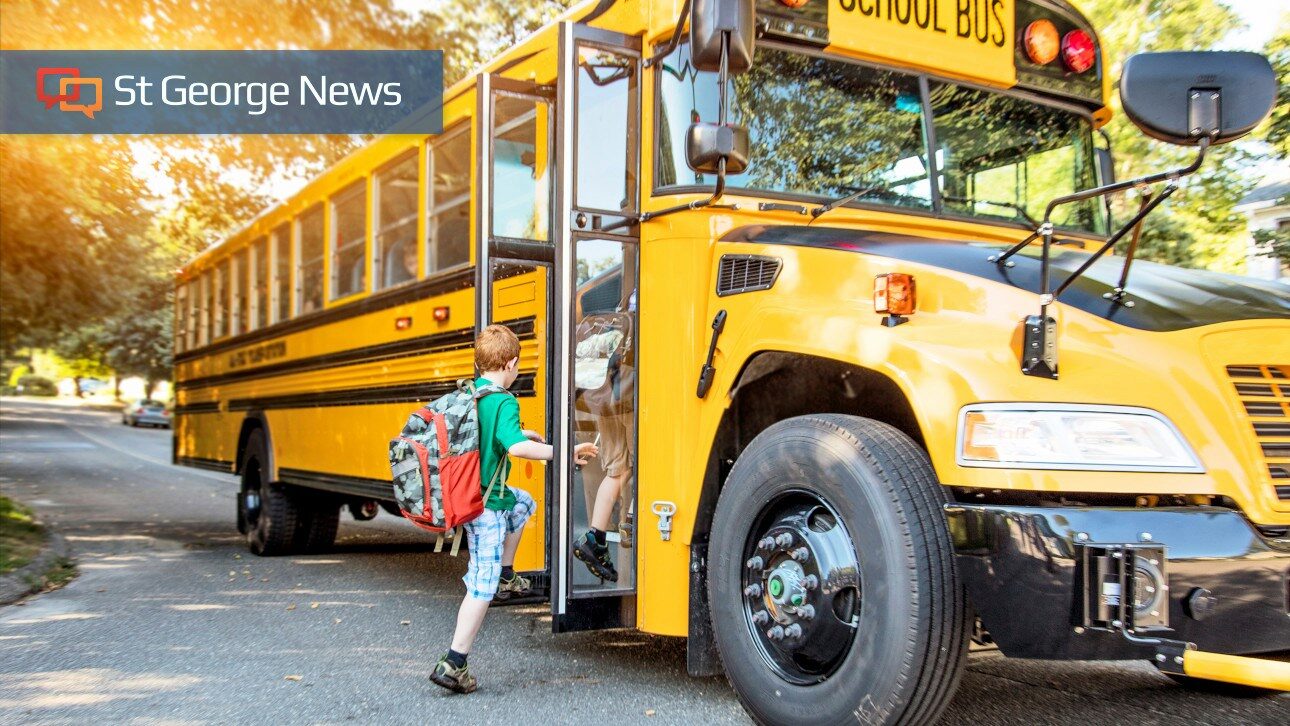 ST. GEORGE –The National Safety Council urges Congress to support the School Bus Safety Act of 2021, a law, according to the Washington County School District, representing economic and safety concerns.

The bill, designated S.2539 and RH 3381, would require K-12 districts across the country to equip their school buses with increased safety measures, including lap and shoulder seat belts and an automatic emergency braking system.

The district has a fleet of 120 buses that transport 17,000 children to and from school every day. None of them are fitted with seat belts.

“First of all, I think it’s important to know that we are all for whatever we can do to make children safer, whether they are in our schools or on our buses,” Dunham said. “However, putting seat belts on school buses seems to be more of an emotional issue.”

Seat belts on buses could make a situation worse “if a child is unable to get off the bus independently,” Dunham said.

“Our biggest concern in this situation would be the possibility of a fire (where) a child could not undo their seat belt, or panic and additional restraint could cause a disaster,” he said. .

Dunham said the district is confident in the engineering of school buses.

“(The design) protects students with seats close together and with high energy absorbing seat backs that are padded, ”he said. “Research has shown that compartmentalisation is very effective in the majority of crashes that a school bus will encounter. The rare exception would be a turnaround scenario.

All the legislation, no funding

The school bus bill is also economically unfeasible, Dunham said, noting that the costs of upgrading school buses with seat belts would be around $ 10,000 per bus.

“It would require us to find $ 1.2 million just to get all of our school buses to match the proposed code,” he said.

The other requirements of the School Bus Safety Act would further increase the price. These include the automatic emergency braking system, an event data recorder for post-collision review, an electronic stability control system and a firewall to prevent flames and gas from moving from the engine to the area passengers.

On October 12, someone threw a soda bottle on a Washington County school bus from a truck heading in the opposite direction. The windshield broke but the driver, who was on his way to pick up 100 students from Riverside Elementary Kindergarten, maintained control of the vehicle and were able to arrive safely at their destination where they called during the incident.

Duham said the district has a good history of school bus safety.

“Although we have had accidents, we generally don’t have casualties with the occupants of the bus, and I think the data speaks for itself.”

Sarah Torribio is a writer with years of experience in community news and entertainment journalism. After 5 years as an educational reporter for a small newspaper in California, plus a year as a substitute in local schools in southern Utah, she is excited to cover the rhythm of the Washington County School District as well as City business in Hurricane and the Short Creek area. She has two school-aged children, a menagerie of pets, a bass guitar, and dreams of becoming a successful screenwriter.