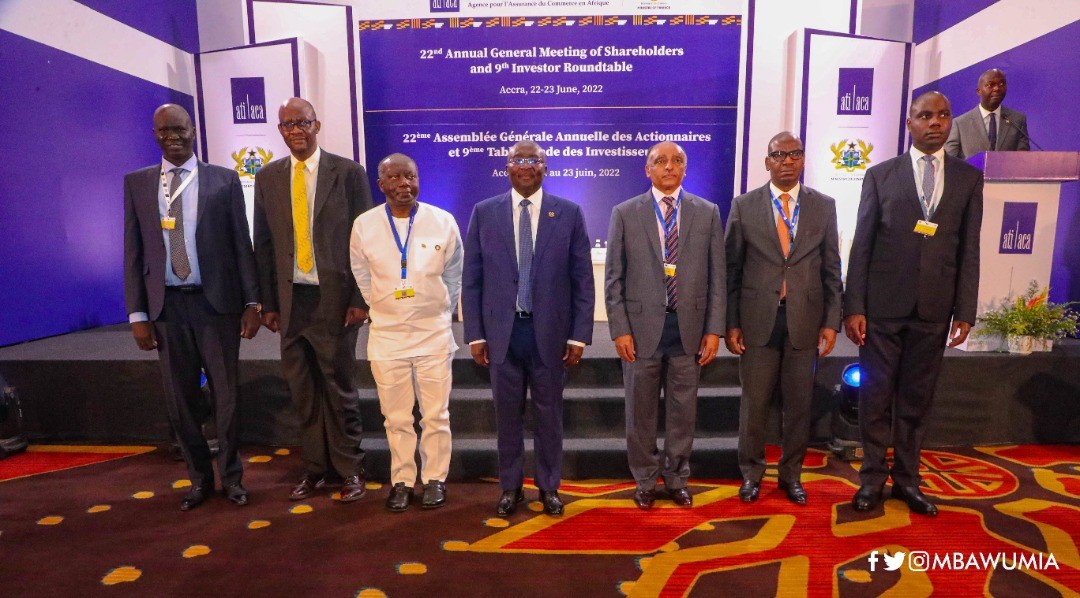 Vice President Mahamudu Bawumia urged African governments to collaborate and implement a common strategy to alleviate the economic challenges caused by the COVID 19 pandemic and the Russian-Ukrainian conflict.

He noted that adopting a common continental approach would help reduce dependence on donor support and become self-sufficient.

“This will help us exploit the synergies that exist in our countries and accelerate integration into the globalized economy,” Dr. Bawumia stressed.

Vice President Bawumia gave the advice during his keynote address at the opening ceremony of the 22nd Annual General Meeting of the African Trade Insurance Agency (ATI) in Accra on Thursday.

He pointed out that the structure of the global economy is changing due to the pandemic, therefore, countries and continents need to focus on internal means to address socio-economic challenges and improve the lot of their citizens.

The ATI was created by African governments in 2002 to improve the competitiveness of African countries and lead them towards self-reliance.

“Regional economic integration will not only help our countries access the expanded regional market internally, but also facilitate global competitiveness,” he added.

The Vice President emphasized that Africa must play an increasing role in the global economy in order to maximize the opportunities available in the interconnected global economy.

Dr Bawumia observed that the global economy had been grappling with a series of economic shocks and uncertainties over the past decade – from the economic recession of 2008-2009 to the commodity crisis in 2014/2015, then to the 2020 COVID-19 pandemic and now the Russian-Ukrainian conflict.

“Current challenges were already negating the modest gains made so far, and we need greater cooperation to leverage the African Continental Free Trade Area (AfCFTA) and other initiatives,” he said. -he declares.

“The cumulative impacts of this pandemic and the Russian-Ukrainian conflict have been quite severe and threaten to roll back Africa’s economic gains, with the continent’s real GDP for 2022 expected to slow to 4.1% according to the African Economic Outlook. from the AfDB. report.

He pointed out that the pandemic and the conflict had also disrupted the supply chain of traded products, including fertilizers, which largely originated in Russia, driving up prices for oil and products such as fertilizers.

Mr. Manuel Moses, Chairman and CEO of ATI, said in a speech that the organization saw growth in both revenue and net income in 2021, with gross underwriting seeing strong growth to $143.5 million, an increase of 14%. , compared to the previous year.

Gross exposures, which reflect the absolute contract values ​​of insurance cover issued, fell from US$6.3 billion in 2020 to US$6.6 billion at the end of 2021, he added. .

India: India’s challenge is to maintain economic growth in a geopolitical context: report