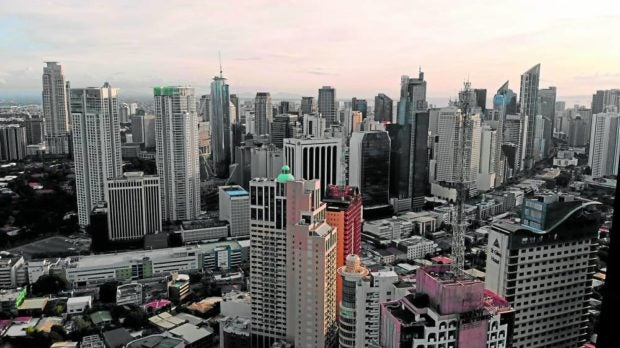 A slowdown in China’s economy would add to high inflation as another obstacle to the Philippines’ full-throttle recovery this year, British think tank Oxford Economics said.

“Looking ahead, we expect growth to remain robust, but external headwinds are increasing. The recent shutdowns in China will cloud the outlook for goods exports as China is one of the Philippines’ major trading partners,” Oxford Economics Deputy Economist Makoto Tsuchiya said in a report last week, after that the government announced a stronger than expected first quarter. gross domestic product (GDP) growth of 8.3%.

“Supply chain disruptions could be detrimental to the manufacturing sector, which accounts for around 20% of GDP,” Tsuchiya noted in an earlier email to the Inquirer.

The latest government data showed that from January to March 2022, China was the Philippines’ second largest export destination, just behind the United States. Sales of products made in the Philippines to mainland China totaled $2.88 billion in the first quarter, up 12.3 percent year-on-year.

While China had been able to contain COVID-19 at the start of the pandemic, it was currently struggling and recently brought many major cities and ports back to strict lockdowns as part of its “zero-COVID” policy. .

Besides the fallout from China’s economic slowdown, Tsuchiya said that “at the national level, higher inflation will squeeze real income and weigh on household spending.” Headline inflation in April hit a 40-month high of 4.9% year-on-year due to high food and fuel prices, and the Bangko Sentral ng Pilipinas (BSP) expects the rate increase in commodity prices is averaging 4.3% this year—above the target range of 2-4% manageable price increases conducive to economic growth.

Despite this dual challenge, Tsuchiya said “the continued reopening of the economy will strengthen sentiment and support growth this year, while the recovery of international tourism will bolster service exports.”

As such, Tsuchiya said Oxford Economics would raise its GDP growth forecast for the year 2022 for the Philippines from 6.7% previously, which was below the government’s 7-9% target. .

Concerns that the cryptocurrency crash will impact the wider economy