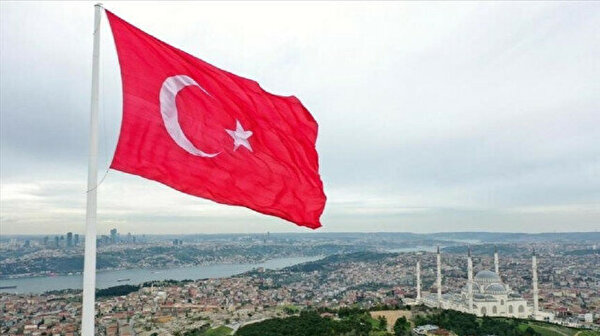 As the Turkish economy grapples with issues such as high inflation and a loss in the value of the lira, the local currency, even as the stock market hits new highs, one analyst highlighted an undercurrent concern. concerning the high percentage of materials imported by the country.

This is especially true in Turkish industry and agriculture, said Monzer Kahf, a US-trained economist and expert in Islamic economics and finance.

This is a “serious problem” that must be addressed at the micro level, especially since it affects export prices, added Kahf, who currently teaches at Sabahattin Zaim University in Istanbul. .

Short-term private borrowing, especially from foreign banks, has been high over the past decade or more, he said, noting that relative to business productivity, cash flow and debt maturing are difficult to manage in the short term, “especially if we let the Turkish Lira dip further.”

“We are not yet in a crisis but we are addressing it quickly unless the government is working on different fronts at the same time,” Kahf said.

The government needs action at the macro and micro levels as well as at the sector level, action on the financial sector and action on improving the price of the Turkish lira, Kahf said.

The government must create a situation that can bring lasting stability to the economy, he said.

“Before we discuss what can be done, we need to be aware of the timeline. Solving the problems in our economy is going to take time and we need more patience pills from all people, business and government. . We also need to realize that even if we keep the market free, some important steps, for a short period (1-3 years) are needed to correct the problems created by irresponsible speculative activity and behavior. “

Stressing that he “hates interest and does not accept it at all,” the expert in Islamic economics said it was his specialty and his continued research and studies to deal without interest.

But he conceded that the interest “exists in our economy and has been around for over a hundred years. So we have to face it.”

“At the financial level, we need to lower interest rates further, because they are actually a major ingredient of inflation. I advocate having different cost strata to finance different sectors and industries. We need to give to industries that Directly affect consumer goods and industries that replace imported ingredients in our products, especially export products, a helping hand in terms of lower financing costs, ”he said.

At the same time, Kahf stressed that it is necessary to set the interest rate at a high level to “finance speculation in currencies and in the stock market”.

“With that, we need a six-month moratorium – without any increases – on all domestic debt below a certain level, such as 3 to 5 million Turkish liras. Any rescheduling of larger debts should be overseen by a special arbitration committee – with contributions from the Central Bank, the Ministry of Finance and the Chamber of Commerce and Industry in addition to the parties concerned, ”he proposed.

Along with this, there is also a need to absorb excess liquidity in the hands of individuals and banks by issuing medium-term sovereign sukuk – a period of three to seven years – a bond-like instrument issued by the various agencies. government, in both Turkish Lira and US dollars with remunerative rental rates, Kahf said.

“Why don’t we finance the new Istanbul Canal project through such a sukuk? It should bring a flow of foreign exchange and it can be partially funded by Sukuk in dollars.”

Kahf went on to say that it is also necessary to “tame currency speculation” by limiting the purchase of foreign currency by more than a “reasonable small amount” – up to $ 500 – to payment for imports and other real needs.

“It may only be done for a short period like three months. But we have to put a tab on long term currency speculation, in order to eliminate the gambling with our currency by the big sharks and there are some measures that can achieve this, some of them drying up the margin, requiring immediate delivery of the two currencies exchanged, requiring justification and prior authorization for purchases above certain limits, etc. exchange. “

He also stressed that for the inflation of consumer prices, it is necessary “to accelerate the 1,000 new promised consumer cooperatives” and increase their number to reach all regions of the country.

“And certainly, we have to be strong of those suppliers of consumer goods who have raised their prices unfairly. We know that part of the increase in consumer prices did not reflect any increase in costs but only on the basis emotional expectations. This also applies to rising currency prices, ”he noted.

– The best tools the government can use during this time

“We have to face the promotion needs of every export industry and every import substitution industry. I believe that our economy can achieve a strong position of export-oriented economy with the freedom and economy of market, ”he said, adding that freedom does not mean a lack of regulation and national policy.

Such freedom also does not include “the freedom to speculate and harm the economy,” he said.

“Freedom of the currency market can be achieved with measures that protect the economy from criminals, as (US House Speaker) Nancy Pelosi said of the measures introduced by the administration. by Barack Obama in 2010. “

As the Turkish government moves towards an economic model based on production and exporting, the economy can really come alive with this model, Kahf said.

“The Turkish economy is highly skilled and diversified to be able to develop with increasing exports. It requires giving adequate microscopic attention to industries that are replacing imported ingredients in exports, ”he said.

– Possibility of switching to an Islamic economic system

From the perspective of Islamic economics, the Turkish economy is “highly skilled for a decent rate of growth,” Khaf said.

“Growth is a main area that we insist on in Islamic economics, and of course, we mean growth with justice. There are two important elements of justice that we must insist on: reducing corruption by fighting bureaucracy and pay more attention in our economic plans to disadvantaged areas and classes, especially the lowest wages, ”he noted.

Kahf argued that working to integrate the financial sector with real sectors of the economy reduces injustice in finance and projects for the poorest areas of the country, and “also improves the enforcement of justice.” .

“My community needed it”: a new American opens a hair supply business