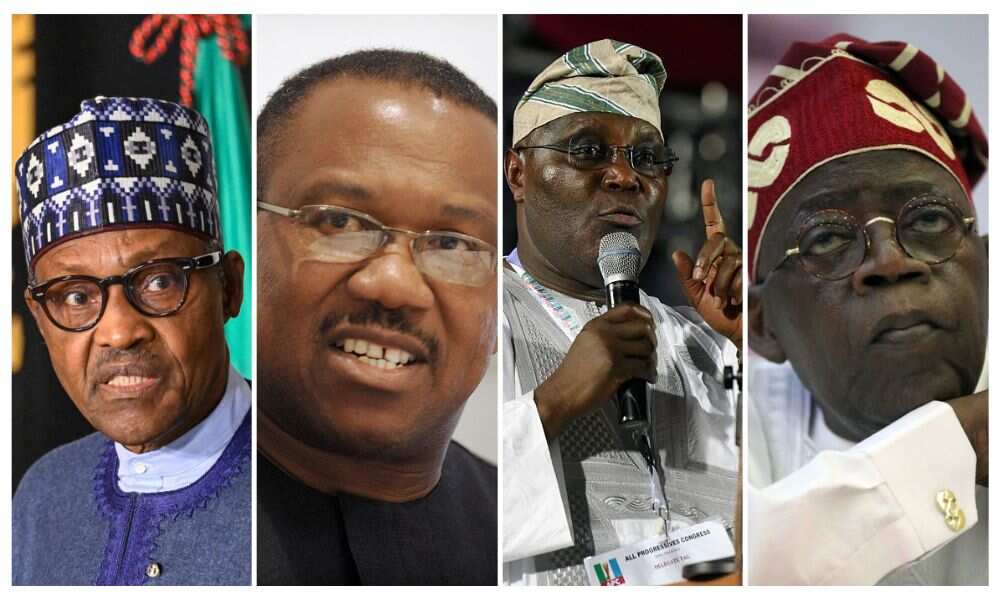 PAY ATTENTION: Check the news which is chosen exactly for you ➡️ find the “Recommended for you” block on the home page and enjoy!

Five months away from the next presidential election, Nigerians do not know who will succeed the incumbent, President Muhammadu Buhari, whose two terms expire on May 29, 2023.

Buhari came to power promising Nigerians that he would fight corruption, revamp the economy and end insecurity in the country.

Analysts rated the Daura-born general very low on the three-point plan, which saw Nigerians rally in droves to vote for him in 2015 and 2019.

Under him, Nigeria’s economic indexes don’t look very good. Nigeria has been named the poverty capital of the world by Brookings Institute, who said that about 85 million Nigerians have fallen below the poverty line.

This means Nigerians have become poorer under Buhari as job losses and unemployment have soared to around 33%, according to various reports.

According to August The figures released by the National Bureau of Statistics, inflation in Nigeria is at a 17-year high of 20.54 percent.

It is believed that under Buhari insecurity has become monstrous and widespread. Northern banditry and insurgency has become an industry, and Nigerians have become the third most terrorized country in the world, according to the Terrorism Index.

Nigerians believe that Buhari paid lip service and paid little attention to the fight against corruption. A former accountant general is said to have enriched himself to the tune of 80 billion naira and numerous other cases of corruption under his administration.

It will be a daunting task for whoever succeeds President Buhari in May 2023.

President Buhari has set June 2023 to scrap the gasoline subsidy, a subtle move that many analysts say he made to avoid getting caught up in the problems that could arise from the scrapping.

Gasoline subsidy is a sensitive issue in Nigeria.

Reuters reports that Nigeria could spend more than 6 trillion naira next year if it continues to subsidize gasoline.

In April this year, the National Assembly approved N4 trillion for a gasoline subsidy for 2022.

Whoever takes the reins of power will have to face the question, as Nigerians are very sensitive about the subject.

Removing the gasoline subsidy could have a ripple effect on the economy. Indeed, the prices of goods and services always increase up to 100%.

Energy expert Adeola Oyeleke said the next president should be careful in implementing the removal of gasoline subsidies.

“It should be done quickly. It should be staggered and things put in place to cushion the effect. It’s going to be really difficult,” he said.

Nigeria is facing a massive debt crisis. As a result, the International Monetary Fund (IMF) and the World Bank are insisting that Nigeria enforce the breaks on borrowing.

Currently, the debt burden around the country’s neck stands at 45.6 trillion naira, which analysts say is becoming unusable.

The Nigerian government recently admitted that its revenue-to-debt-service ratio is falling, meaning the country is running a high fiscal deficit. As a result, it could soon default on its debt.

Critical infrastructure would need to be financed, hence the temptation to borrow more from a successive government.

Buhari’s successor will have to decide whether to continue on the same trajectory or slow down and focus on cost savings.

Uchendu Anyanaele, an economist and banker, said the next president should stop borrowing, assess what has been done with previous borrowing and see if there is a need to continue.

“It would make no sense to go on a borrowing spree. Nigeria needs to sit down and assess its current debt profile,” Anyanaele said.

Inflation in Nigeria is at 20.69%, its highest level in 17 years, and means serious economic problems.

This means that the Central Bank of Nigeria will adjust its rates to follow the current inflationary pressure.

And alongside the fight against inflation which is also stabilizing the local currency, the naira has fallen to an all-time low.

It trades at 706 naira per dollar on the parallel market, and analysts believe that would be a difficult problem for Buhari’s successor.

Nigerians have huge hopes for everything that will happen in the next year and want the next president to put an end to these problems.

What I will do after winning the 2023 presidential election, Peter Obi drops strong and powerful details

Legit.ng reported that Labor Party (LP) presidential candidate Peter Obi has reiterated that he will reduce insecurity and poverty if he wins the 2023 presidential election to lead Nigeria, Vanguard reports.

The former governor of Anambra revealed that he intends to achieve this by using job creation and reform investments as mechanisms.

He also said that he would shift the national economy from the mode of consumption to the mode of production.

Letter: Municipal airports like Pittsfield can be vital hubs for economic development | Letters to the Editor