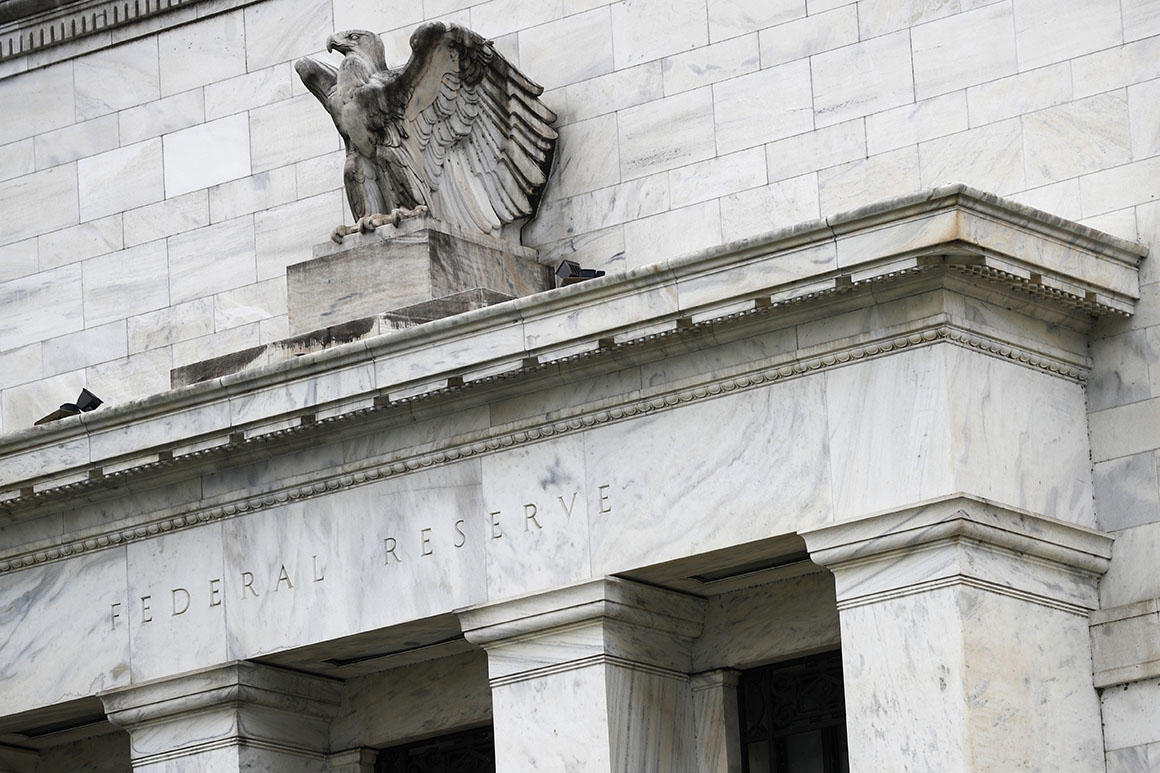 The specter of an interest rate hike looms over election campaigns

Weaker-than-expected economic growth in the last quarter, a slowdown in jobs and supply chain problems expected to continue into the next year all send warning signals for President Joe Biden’s economy , despite a positive overall outlook that sent the stock market soaring. At the same time, senior Fed officials are increasingly expressing concern that inflation will stay higher for longer than expected.

As a result, some on Wall Street fear the Fed will raise borrowing costs as early as the middle of next year to tackle price spikes, a move that could jeopardize the recovery. Political progressives have similar concerns, but they focus on ordinary Americans.

The prospect of a central bank interest rate hike in an election year could provoke political turmoil as Democrats seek to maintain their slim majorities in Congress. Biden’s stewardship of the economy is a critical issue for voters, and GOP lawmakers have hammered his large spending policies as the driver of the price spike. The White House and many economists point to production and shipping delays as the main culprit.

The clearest sign of the markets’ concern about the economy? Long-term U.S. debt rates recently fell below those on some short-term debt, a rare event known as a yield curve inversion which shows slower growth expectations and has been the harbinger of recessions in the past. The slowing economy isn’t just a US concern: Eurozone yield curves flattened last week after the European Central Bank confirmed rate hike expectations from next year .

Markets are not yet forecasting a slowdown, said Roberto Perli, founding partner of research firm Cornerstone Macro and former Fed economist. But they say: “By squeezing [credit] prematurely, the Fed will jeopardize the long-term outlook for the US economy.

In an interview with Bloomberg News on Sunday, Treasury Secretary Janet Yellen said she was not worried about the way in Treasury yields: â€œNo, not me. I think we’re going to see a good, solid recovery. The unemployment rate has dropped considerably, and this is nothing like the recovery from the 2008 financial crisis. â€

Fed policymakers begin two days of meetings today, after which they are expected to announce their intention to start withdrawing the $ 120 billion in monthly bond purchases the central bank has made since the start of the pandemic, a decision aimed at lowering interest rates. Fed officials have said that once this is over, likely by mid-2022, they could start a new cycle of rate hikes.

This means that next year will be a tricky dance for the central bank, which has yet to send a clear signal on the likelihood of rate hikes, and the immediate challenge facing Fed Chairman Jerome Powell. , if he is renewed, or his successor.

If the Fed acts too quickly to curb consumer and business spending to curb inflation, it would hurt long-term growth and job creation. If the central bank waits too long, it will have to act more aggressively to increase term borrowing costs, which could also trigger a recession.

“This is a no-win situation the Fed found itself in,” said Douglas Holtz-Eakin, president of the American Action Forum and former head of the Congressional Budget Office.

Holtz-Eakin pointed to recent government data showing that three-quarters of the increase in nominal GDP in the third quarter of the year was due to inflation. â€œTheir dilemma has been described quite clearlyâ€ in that report, said Holtz-Eakin. “Do you take three-quarters and risk real growth?” “

On this front, Congress has an important role to play, economists say. Now that help from the past bills of the pandemic era has largely expired, the economy may lose some of its momentum. Ideally, Holtz-Eakin said, lawmakers would design their next spending programs to stimulate growth without fueling inflation, giving the Fed more leeway to raise rates to fight price hikes without hurting the economy. the economy.

A big question is whether inflation will come back down on its own. Fed officials said they expect supply chain problems to ease with the pandemic, lowering inflation organically by allowing companies to fill more orders faster. But Powell acknowledged that it could take a while, and the higher inflation stays, the more the Fed might worry about having to act.

Still, if production and shipping delays are the main culprit, the central bank might not want to stifle otherwise healthy demand in a recovering economy.

In the meantime, Democrats in more competitive districts are hearing voters talk about price increases, which are occurring in many areas.

“Like many Iowa residents, I follow the lingering concerns about inflation and the costs Iowa residents face as a result,” said House Member Rep. Cindy Axne (D-Iowa). Financial Services Committee. â€œIf Congress had done its job and maintained these necessary investments over the past decades, we probably wouldn’t face the bottlenecks we have today.

She said the Democrats’ social spending plans “will invest in things like child care and workforce development to ensure we have the workers to meet the needs of our supply chain.” .

â€œIt’s always tough, and now you’re mixing the really toxic partisanship, the divides both within and between the parties, and the Fed is back in the middle,â€ he said.