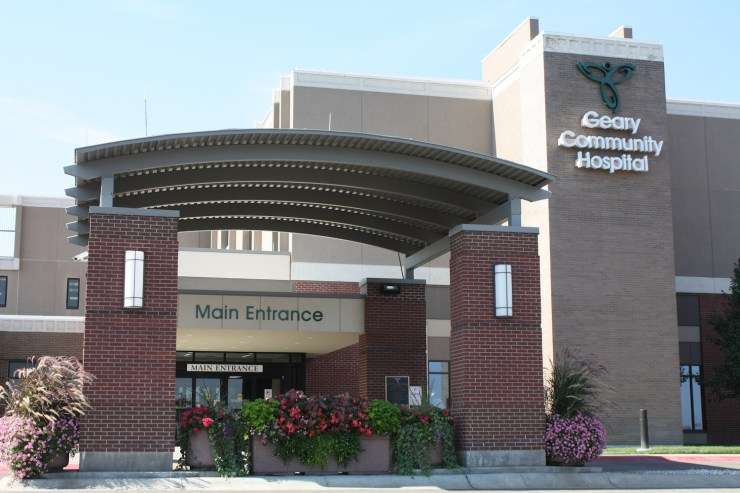 The Economic Health of Geary County and its Health System

The Geary Community Hospital Transition Task Force has released information about its work, why it is needed, and the development and growth of businesses in the city.

Geary County is on the verge of positive change. Look around you, if you don’t see it, your eyes are closed.

Over the past 12 months, the school district has celebrated the grand opening of Junction City High School, the dedication of a new elementary school in Fort Riley, and the sale and soon-to-be-demolished high school’s old facilities.

After being named one of three new Main Street America cities in Kansas, JC Main Street set a precedent for how Main Street cities should grow. Less than a year after this selection, Junction City has seen the growth of current downtown businesses and the development of several new industries. We saw the opening of G. Thomas Jewelers, The Furniture Store and Maple & Birch. There are currently renovations taking place on the Bartell House where in the next few weeks we will see the opening of a completely renovated first floor and a new restaurant. Perhaps the most is the new initiative to open a microbrewery at the corner of 8th and Washington; watch out summer 2023!

As if business development wasn’t enough, last year’s Oktoberfest welcomed over 4,000 people and promises to be even more successful this year. More recently the spotlight has shifted to the successful expansion of 4th of July activities to include the inaugural opening of the Sundown Salute in Milford City, while Junction City hosts its inaugural event now known as Freedom Fest.

From a macro perspective, healthcare weighs heavily on business decisions while having an economic ripple effect across all sectors. When businesses expand to new locations, they consider several options, but in many cases healthcare can be the deciding factor.

A community that provides high quality and compassionate health care has healthier citizens and a significantly better quality of life. A healthy population, from the youngest child to the oldest retirees, will be active and engaged in the community, leading to a vibrant and growing Junction City. People will want to stay and be drawn to the area.

Co-located with Fort Riley, home of the Big Red One, the county has a large population of retirees who are a vital pillar of our ecosystem. Retirees generally spend a substantial amount of money in our community. The absence of good health care equals the absence of these incredible retirees.

Finally, to highlight the impact of a hospital on a community, you don’t have to look far to see an actual community that has lost its local hospital. In 2015, Independence Kansas Hospital closed. Residents today still vividly remember the panic, fear and grief that accompanied the announcement of the closure.

The Kansas Leadership Center publication, The Journal, writing about the hospital closure, detailed the initial impact noting that the transition is going chaotically. Finding regional providers to fill the gaps is possible, but filling every hole left by the absence of a hospital is difficult, if not impossible, to do on the fly. He sets up a stampede.

The majority of health care soon falls on the shoulder of a city’s emergency management system, quickly absorbing government revenue and straining the capacity of emergency medical service professionals. Independence’s healthcare professionals left town not only to take up well-paying jobs, but also to reduce the dynamics of a community’s volunteer and charitable capacities.

It’s entirely possible that what helped Independence weather the shutdown was its proximity to six hospitals within a 20-mile radius, but more important was the construction of an emergency facility by the neighboring health system. of the county of Labette. As the locals say, “we were lucky”.

As we take you back to our local community, we want to draw your attention to the Kansas Hospital Association’s most recent report, which puts it all on the line. In summary, health care is economical; and without it, the economic expansion we enjoy is unlikely to continue.

This report was done in cooperation with the research and extension department of K-State and stated that healthcare in the United States generally ranks among the top 5 employment and income sectors in the region. Health care in Geary County is ranked 3rd behind industry and government services. Geary County’s health care sector employs 1,918 people, which equates to 5.6% of all job holders. Our health care sector also ranked 3rd in salary payers and total income.

In perspective, each job created in our health sector creates 0.36 other jobs. What does it mean? GCH is a massive economic engine for the community.

Why is this important?

Over the past nine weeks, a transition planning task force comprised of a county commissioner, county council, GCH board members, interim CEO, physicians from GCH and a facilitator met to assess the current state of GCH and consider potential plans for financial sustainability. go forward. The task force recognized the critical financial challenges Geary Community Hospital is going through with the consistently negative operating margin over the past 5 years and their depleted cash reserves.

It doesn’t take a Master’s level education to understand that 5+ years of depleted cash reserve leads to financial desperation, closed doors, and ultimately the decay of the city, ending all recent progress.

The writing was on the wall and the Transition Task Force has made many changes over the past nine weeks and is actively implementing its plan. To date, this has included the hiring of an interim CEO, engaging BKD, LLP to perform an in-depth margin improvement analysis that assessed GCH’s current cost structure and revenue capture. The GCH Board of Directors has terminated the management contract with CHC. The interim CEO secured interim financial leadership to help with the transition phase, and the County Commission agreed to provide up to $3.5 million in financial support to GCH. These funds were used for BKD’s valuation and plan, to repay accounts payable and to meet operational cash requirements. The absence of these funds could mean the absence of local health care.

Over the next 60 days, a plan will be developed from this study to increase net income, reduce costs and improve operating margin.

A few strategies for the task force over the next 90-120 days are critical to the success of health care in Geary County. It starts with implementing the BKD margin improvement plan, while building a leadership team that includes operational, clinical, financial and human resource expertise. Develop a staffing model and recruit/retain key staff for this model. Conduct and implement a compensation analysis for all GCH staff that leads to a plan for GCH to pay market competitive rates for all job categories. Create and implement a robust and excellent primary care delivery model that meets the health needs of Geary County and maximizes the Rural Demonstration designation.

The biggest benefit is engaging a strong healthcare partner who can provide the business infrastructure necessary to ensure GCH’s success in the future. This may include full integration into another health system to achieve full benefits leading to long-term sustainability.