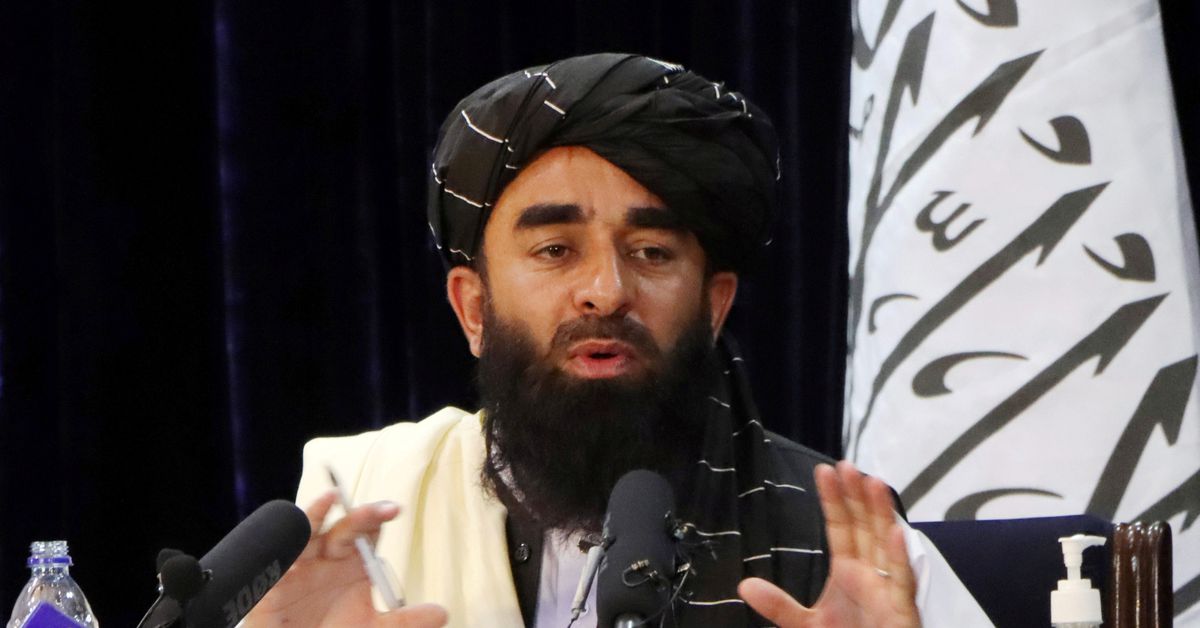 Aug.28 (Reuters) – The Taliban said on Saturday they were preparing a new cabinet as the US evacuation drew to a close and expected the sharp drop in currencies and economic turmoil to come to an end. after their takeover of Kabul two weeks ago would abate.

Zabihullah Mujahid, the movement’s main spokesperson, made the comments to Reuters as the US military ended its mission to evacuate vulnerable US citizens and Afghans and withdraw troops from Kabul airport before the August 31 deadline set by President Joe Biden.

Mujahid condemned a nighttime US drone strike on Islamic State militants following Thursday’s suicide bombing near the airport as a “clear attack on Afghan territory.”

But he called on the United States and other Western countries to maintain diplomatic relations after their withdrawal, which he expected to be completed “very soon.”

The exact timing of the formation of a new cabinet remained uncertain. Reuters initially quoted Mujahid as saying the announcement would be made within the next week, but in a voicemail message later he said the composition of the new cabinet would be approved “in a week or two.”

Responding to a question on whether women would be included in the new cabinet, he said it would be up to the leaders to decide and he could not anticipate what their decision would be.

There is growing frustration in Kabul over the severe economic hardship caused by the falling currency and rising food prices, with banks still closed two weeks after the city fell to the Taliban.

On Saturday, a Taliban statement said banks had been ordered to reopen with a weekly withdrawal limit of $ 200 or 20,000 Afghanis.

Mujahid said officials have already been appointed to head key institutions, including the ministries of public health and education and the central bank.

United Nations officials have warned that Afghanistan faces a humanitarian disaster, with large parts of the country suffering from extreme drought conditions.

The economy, wiped out after four decades of war, is also facing the loss of billions of dollars in foreign aid following the withdrawal of Western embassies from the country.

Mujahid said the economic problems encountered would be alleviated once the new government was in place.

“The fall of the Afghani against foreign currencies is temporary and it is because of the situation which has suddenly changed, it will return to normal once the government system starts to function,” he said. .

The United States begins to withdraw its troops from Kabul; strikes Islamic state with drone attack