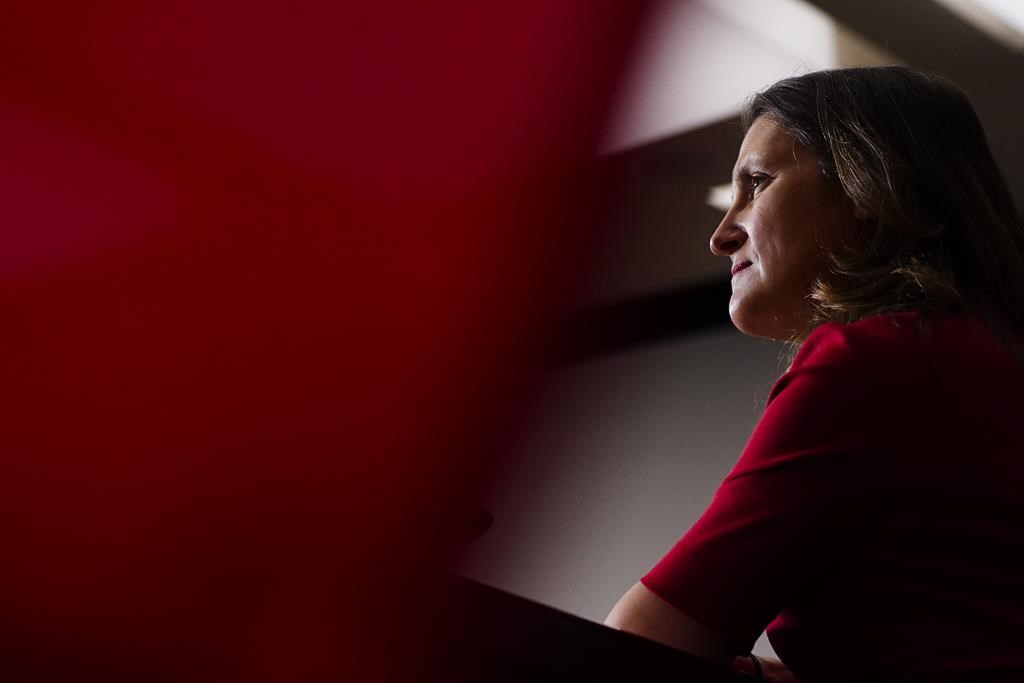 Annual inflation rates have exceeded the comfort zone of the Bank of Canada since April, reaching 4.1% in August. The central bank expects readings above its 2% target for the rest of the year.

Governor Tiff Macklem said bottlenecks in the international flow of goods and oil are not easing as quickly as he and his counterparts around the world had predicted.

Get the best stories delivered to your inbox.

Our award-winning journalists bring you the news that touches you, Canada and the world. Don’t miss out.

Still, he believes the hiccups will only cause one-off price increases, rather than continued inflation.

What has happened globally is a sharp rebound in consumer spending, especially for goods that need to be shipped through supply chains that have been damaged by a sharp drop in demand. last year, as well as the COVID-19 outbreaks and ongoing public health measures.

All of this affects stocks of in-demand consumer products and the delivery of parts needed to build things like cars, and increases transportation costs that are passed on to consumers.

What people are reading

And at the same time, shipping delays mean households cannot get the goods as quickly as they want, meaning their spending is delayed, slowing the pace of growth.

â€œWe still expect a good rebound. It may not be as quick as we didâ€ in the July forecast, Macklem said in a video conference with reporters Thursday night.

“What we’ve seen since then are these supply constraints. They were certainly a factor back then, but they turn out to be more complicated.”

US President Joe Biden on Wednesday announced a plan to run the Port of Los Angeles around the clock to ease constraints that have put upward pressure on commodity prices as companies pass on higher costs. . Biden also called on companies to do more themselves.

Finance Minister Chrystia Freeland said the government is aware of supply chain issues in the Canadian economy and is watching for signs of strain at Canadian ports. Speaking to reporters Thursday afternoon, Freeland also said Canadians should have confidence in the country’s economic recovery while noting some headwinds.

â€œReviving an economy in Canada, but also in the world, is inevitably unequal and this natural inequality is aggravated by the fourth wave of the coronavirus,â€ she told the Canadian embassy in the American capital.

“We have to be realistic about it, mindful of this. But I think we can also have a very confident view of Canada’s economic resilience and the strength of our recovery.”

Supply chain issues were raised in discussions with Freeland’s global counterparts, including Hong Nam-ki of South Korea and Janet Yellen of the United States, at meetings this week in Washington.

Freeland’s meeting with Yellen also included warnings that any new “Buy American” provision in the Biden administration’s economic aid package, which would limit the ability of Canadian companies to compete for US government contracts, would be met. in nature.

The Canadian Chamber of Commerce on Thursday called on the government to oppose any new Buy America provision, which has been a thorn in cross-border relations since the spring.

In a briefing note ahead of a phone call with Yellen on April 7, Finance Department officials told Freeland that “Canadian suppliers would likely have access to areas where the United States has international commitments” through of the World Trade Organization.

The memo, obtained by The Canadian Press under the Freedom of Information Act, linked Buy America to the supply chain tensions seen during the pandemic. Officials suggested Freeland argue that Canada is a trusted supplier to the United States and that the two countries need to “further strengthen our mutually beneficial cross-border supply chains.”

This report by The Canadian Press was first published on October 14, 2021.