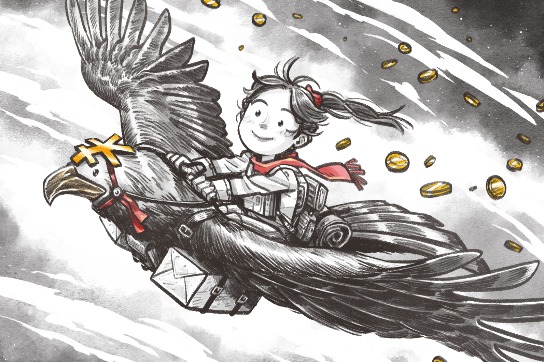 The accumulating complexity regarding China’s monetary policy has rarely been seen in the past. The downward pressure on economic growth cannot be ignored, although the recovery is underway. Resurgences of COVID-19 affected consumption and private sector investment rose only 2.3% year-on-year in August, approaching its lowest level in 20 years.

Chinese GDP growth only reached 0.4% in the second quarter. The slowdown in the real estate sector is the main culprit, as it accounts for almost 30% of the country’s GDP.

The Fed has embraced extremely aggressive monetary tightening by raising interest rates by 375 basis points with six continuous hikes so far this year.

Such a significant tightening over a short period will certainly have an impact on the global economy. Nearly 70 of the world’s major economies had to follow suit by raising their interest rates. Large amounts of global capital have shifted into US dollar assets, pushing the US dollar index to its highest level in 20 years. Major currencies such as the Euro and Japanese Yen depreciated significantly, leading to greater volatility in the international capital market.

Under such circumstances, following the steps of other economies to tighten monetary policy may be an option for China in theory. But given China’s downward economic pressure, monetary tightening is definitely not feasible right now.

The inflation surge in the United States will not reach a tipping point in the near term. The Fed could introduce two or three more interest rate hikes before the end of the year to bring inflation under control. Global monetary tightening is therefore to be expected in the fourth quarter.

In this sense, domestic and international markets will present opposite challenges to the evolution of China’s monetary policy. Decisions need to be made carefully to come up with specific policies.

It can be expected that Chinese interest rates will not be high, which will result in a further expansion of the widening interest rate differential between China and the United States. China will continue to face capital outflows given the high US dollar index.

Global policy tightening may ease through the first half of 2023. The challenges facing Chinese monetary policymakers may not fundamentally change over the next two quarters.

One of the main challenges that monetary policy makers currently face is the pressure to depreciate the renminbi. Although China’s economic resilience is stronger at present and the financial risks that affected markets between 2015 and 2016 do not exist simultaneously, the recent depreciation of the Chinese currency and pressure from capital outflows cannot be ignored.

In open economies, asset prices are closely linked to exchange rates. Renminbi depreciation will have a negative impact on the financial accounts, and particular attention should be paid to the successive risks to be exercised in the financial sector. Given the continued Fed interest rate hikes and the recession in Europe, preventing and controlling related risks in the financial sector should be the top priority for Chinese monetary policymakers.

In such an environment, China’s monetary policies should be firmly anchored in the country’s current situation, the main thing of which is to stabilize economic growth. Counter-cyclical and cross-cyclical adjustments need to be made.

Related policy tools, including structural tools, should be better used to support the real economy. But the pricing tools cannot simply be adopted in a relaxed way to avoid further depreciation of the renminbi.

The reserve requirement ratio can be lowered further. The current weighted RRR in the Chinese banking system is around 8.1%, while the all-time low was around 6%.

Over the past three years, RRR reductions have mainly been enacted when the loan-to-deposit ratio has increased rapidly. The market reacted quickly to RRR reductions in such circumstances. But the situation this year is a little different. The ratio of additional loans to deposits has fallen by 4 percentage points so far, while that of existing loans and deposits has also declined. This contrasts with the significant increase in loans and deposits in recent years.

This indicates adequate liquidity in the banking system this year. The lack of demand from the real economy has also manifested itself. If there is a major difficulty in achieving economic growth, we are still likely to see further interest rate cuts to inject more liquidity. But in general, the global money supply will not undergo substantial adjustments in the short term.

The People’s Bank of China – the central bank – has rolled out several structural lending or rediscounting tools over the past two years to address the country’s key development areas or key strategies, including lending tools to foster research science or upgrading equipment. Between now and the end of this year, such structuring tools could be provided to sectors in difficulty, including agriculture and transport. The tools can also be used to stimulate consumption and stimulate demand.

There is always the possibility of further interest rate cuts, but the room for maneuver is very limited. China’s consumer price index continues to rise and it could exceed the normal policy target of 3% next year. Imported inflation also affects China.

In light of the complexity of the global economy and the global economic recession that could arise in 2023, Chinese monetary policymakers should be ready to provide further easing, especially in the short term, to ensure policy stability and economic stability. economic growth.

I do not agree that more flexibility should be allowed for the renminbi exchange rate. The exchange rate should only be reasonably elastic. A significant depreciation will not only have a negative impact on financial markets, capital and financial accounts, but may lead to related risks in other financial variables.

Excessively high exchange rate elasticity can undermine the stability of market expectations and lead to unnecessary panic—and further depreciation. A so-called adequate elasticity can turn into laissez-faire policies and harm the normal functioning of the macroeconomy.

As monetary policies tighten globally, the marginal positive results of China’s monetary easing will be very limited. Rational market expectations can hardly be based on such easing.

In this sense, a stable monetary policy is of utmost importance for China in the short term, which is especially true for the fourth quarter of this year and the beginning of 2023. Even if there is demand for easing, it must be conducted with great caution.

The author is chief economist at Zhixin Investment and honorary director of the Faculty of Economics and Management of East China Normal University.

Opinions do not necessarily reflect those of China Daily.