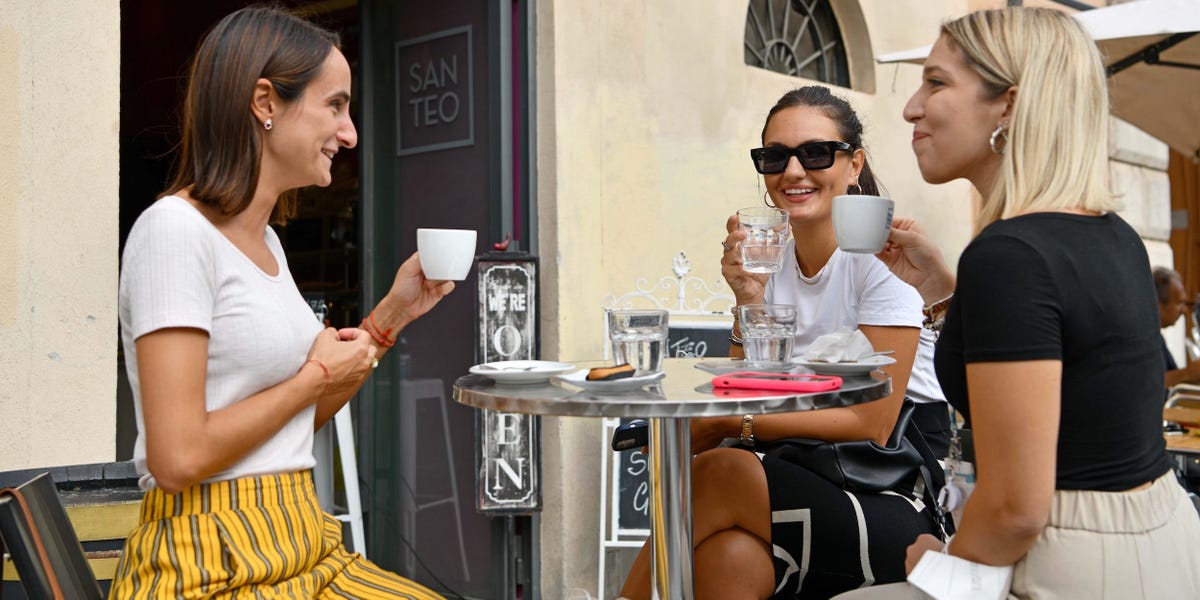 Kate Mannelly, a 29-year-old teacher living in Boston, wants to move into a one-bedroom apartment. But the prices are almost the same as the rent she now shares on a two-bedroom unit with her sister.

“I feel like the rental industry is really for couples and those who share a room and can split the rent,” she told Insider. “What does this mean for the rest of us who aren’t in a relationship or sharing a room with a partner?”

Mannelly suffers the effect of the single tax, in which single people are penalized in an economy shaped by the values ​​of marriage and family after the Second World War. Since then, times have changed. Millennials are postponing home buying, marriage and motherhood until later – or never. An Institute for Family Studies analysis of US Census data found that a record 35% of US adults aged 25 to 50 had never married in 2018. In 1970, that share was 9%. .

It’s a sign of both distress and progress: as millennials created a new version of the American dream, the single life became more socially acceptable — and preferable for many. But while the stigma has changed, the economic system that encourages marriage has not. The costs of being single appear in everything from social life to the tax code, housing and health insurance.

Although costs are higher for single people, they also tend to earn less on average than their partnered counterparts. Moreover, women, who already earn less than men on average, fall further behind if they are black or Hispanic. This disparity becomes even more problematic as millennials face another economic misfortune: 40-year high inflation.

Claudia Goldin, an economics professor at Harvard University, said the research points to marriage as a clear cause of higher earnings for men, she said.

But for women, she says, “there is little positive causal effect of marriage or partnership.”

One is the most expensive number

The US government defines “single” as people who are not married, which means you can legally be single and still have a partner. Most commonly, it refers to those who are unmarried, not living with a partner, or in a committed relationship. That’s how the Pew Research Center defines singles, which describes 31% of Americans in its 2020 report on American singles.

Many single people seek to live alone. But, as Mannelly’s case suggests, that’s hard to do in many US cities where the median rent for a one-bedroom apartment is almost the same price as a two-bedroom apartment. Declining affordability due to the current housing crisis could also undo the progress women have made towards homeownership.

“It may sound so depressing, but I really can’t fathom when I’ll ever be able to buy a house,” Mannelly said of his life in Boston. “It’s so inaccessible right now. In some ways, I’m resigned to the possibility of having to rent forever if I choose to live here.”

About 65% of single women said they would rather not wait until they were married to buy a home, according to Bank of America data released last month. One in three people have bought so far, but Kathy Cummings, senior vice president of homeownership solutions at Bank of America, told Insider that many single women don’t feel financially ready to buy. a home on their own, even if they are emotionally ready.

Megan Rowsey, a 27-year-old single mother, took the plunge in 2019 but told Insider she didn’t think she could do the same in today’s economy.

“I don’t think I could buy a house in today’s market, because I could only afford a repairman,” she said, adding that the renovations she had done would not were neither cheap nor easy. “House and material prices have gone up like crazy, and I wouldn’t have been able to make it livable even if I had the house.”

Person to split the bill with

In her book “Spinster: Making a Life of One’s Own,” author and journalist Kate Bolick explores the appeal of choosing a single life for millions of American women. “Studies show that a woman who lives alone is more likely to have an active social life and maintain family ties,” she writes, “not because she has more free time, but because are the bonds that sustain it”.

But maintaining that larger social network can be expensive when you do it yourself. That means fewer dinners alone at home and more drinks with co-workers or dinners with friends. There are Uber rides home and milestone dates — all of which can put a dent in the bank account.

Likewise, you can shell out gifts and travel to visit all those loved ones. Some travel companies like hotels and cruise lines charge solo travelers a “one-time surcharge”, when only one person uses the services. It doesn’t help that these activities are all more expensive now thanks to inflation.

That’s not to say married couples don’t have their own social life to pay for, but couples can split the cost. Additionally, many gym memberships, cell phone plans, and meal delivery services offer deals for family plans.

Uncle Sam wants you to get married

The offers for couples and families are a ripple effect of a government-approved one-time tax that favors married couples.

The tax code, for example, called on Americans to file their income taxes individually. In 1948, just as the post-war version of the American dream was born, joint filing was introduced to allow married couples to combine their incomes for tax purposes.

While couples who earn roughly the same income see little or no advantage in filing jointly, couples in which one partner earns all or most of the income enjoy a “marriage bonus” in which the highest income bracket may drop after marriage. Married couples also get more tax breaks than single filers, such as a larger standard deduction.

Insider calculated the taxes of an American who earned $50,000 for the 2021 tax year using the Tax Policy Center’s Marriage Calculator. Without itemized deductions, they would owe $4,314. If they married a partner who was not working and earning no income, together they would only owe $2,629 in taxes, because $50,000 falls into a lower tax bracket when they are married.

Health, social security and retirement accounts are following suit. For some married couples, it may be less expensive to add a spouse to their employer-sponsored health insurance than to have separate policies. Spouses can also receive up to 50% of their half’s social security benefits, depending on their income. The IRA and Roth IRA income limits are also higher for married couples with one income.

Not to mention the challenges women already face on these fronts, who have less money saved for retirement and spend about $15,000 more on health care than retired men, according to a 2019 Fidelity analysis. .

“While women end up with less retirement income than men, they also tend to need more retirement savings because women tend to live longer than men,” he said. she stated. “Women are more likely to be single later in life and have higher healthcare costs than men as they age.”

Until American singles get a stronger support system, single women will continue to face an uphill battle to afford what they want.

“For a long time, and even still if I’m being honest, I would think about all the things I could do on a dual income,” said Rowsey, a single mom and homeowner. “At some point I realized I was wasting time on an idea that wasn’t guaranteed to me.”