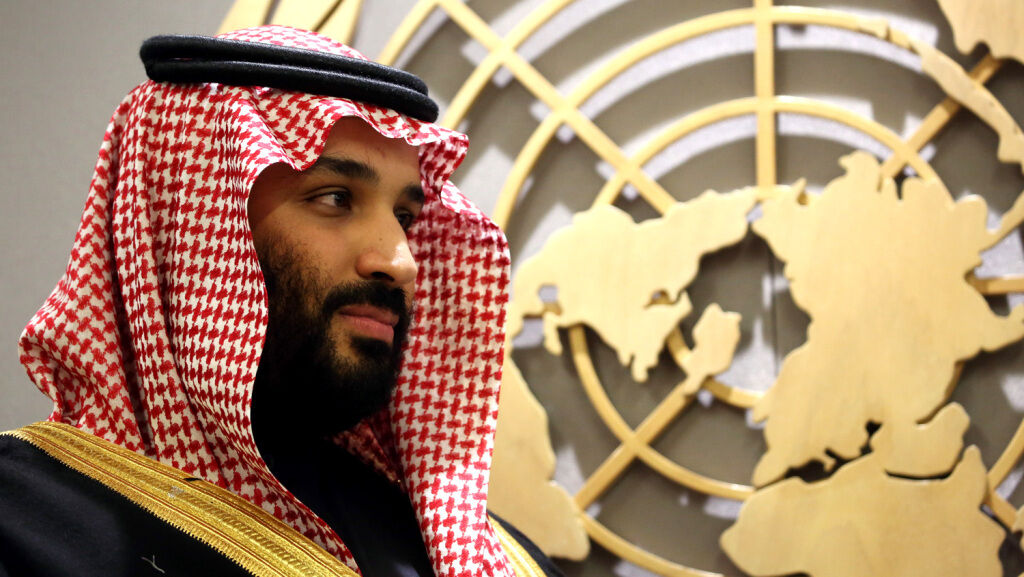 JThe economic alliance of Brazil, Russia, India, China and South Africa, known as the bricks, seeks to expand. Argentina has already applied for membership and Iran has declared that it will soon apply for membership. Half a dozen other countries have expressed interest or been invited to join bricks. This is accelerating the fracture of the global economy as more and more nations break away from the US-dominated economic system and gravitate toward an Asia-centric alternative.

Management of bricks is transferred to China this year, and he is beginning an aggressive campaign to expand the bloc. One of the most significant developments was Saudi Arabia’s expression of interest in joining bricks. Newsweek reported: “In the East, however, the security- and economy-focused blocs led by Beijing and Moscow are seeking to take on new members, including Iran and Saudi Arabia, two influential rivals in the Middle East. East whose interest in strengthening cooperation on this new front could have a significant impact on the global geopolitical balance.

Saudi Arabia and Iran are currently the two main players and political rivals in the Middle East. Saudi Arabia is a Sunni-dominated kingdom, while Iran is the stronghold of Shia Islam in the world. Doctrinally and politically opposed, the two nations are vying for influence in the region. They are also allied with opposing power blocs. For more than 30 years, Saudi Arabia has been an ally of the United States, both economically and militarily, enabling America to mount military operations from the country, such as Operation Desert Storm in 1991 and Iraqi Freedom in 2003.

Iran is ideologically opposed to the United States and has actively sought alliances with enemy powers, primarily Russia and China. Iran has also built its own sphere of influence in the Middle East by sponsoring terrorist organizations or political parties in Yemen, Syria, Israel, Egypt, Libya, Iraq and Afghanistan.

Saudi Arabia’s interest in joining bricks marks a profound change in Middle East politics. Newsweek continued: “And as Crown Prince Mohammed has sought to strengthen cooperation with the United States, particularly as President Joe Biden prepares this month for his first visit to the monarchy, he has already qualified A ‘pariah’ for alleged human rights abuses, the Saudi royal has also expanded his ties with Russia and China in recent years. Join bricks would demonstrate a commitment to Riyadh’s determination to deal with other major powers and mark a significant victory for the effort to strengthen economic frameworks established outside the auspices of the United States and its immediate allies.

While President Donald Trump has bolstered America’s partnership with Saudi Arabia to oppose Iran, Joe Biden has done the opposite, straining relations with the kingdom by warming up to Qatar. Biden has also ostracized Saudi Arabia for its human rights abuses and distanced his administration from the country. Biden’s energy policy and Russian sanctions have put a strain on the oil-dependent nation. Biden also pushed ahead with resuming nuclear talks with Iran, economically warming Saudi Arabia’s main rival. All of this, combined with America’s weakness and instability, led Saudi Arabia to break with America and seek a new international ally. Newsweek wrote, “The dominant position of the United States in the global financial system has traditionally left these nations few options, but that situation has gradually changed as executives like bricks offer potential ways to circumvent these restrictions. This is the beginning of a historic break with the United States.

The question is, who will Saudi Arabia ally with in the future?

The Trumpet predicted a rift between Saudi Arabia and the United States for decades. This is because end times Bible prophecy indicates that Saudi Arabia will pivot to a new covenant as the United States enters a death spiral. But this alliance will not be with Russia and China, but with Germany. Trumpet editor Gerald Flurry wrote in the “Psalm 83 Prophecy” article:

A prophecy from Psalm 83 explains what is really happening in the Middle East. We are only at the beginning of its realization. Moderate Arab nations are uniting, as prophesied, but their main ally will soon be Germany.

It’s easy to see how this could happen. The United States is divided and wants to withdraw from the Middle East while Germany is increasingly involved in the region.

The weakening of American influence in the Middle East is a direct result of the policies of the radical left. In the prophecy of Psalm 83, the Ishmaelites refer to Saudi Arabia (please read The king of the south for more details). Some other members of this moderate Arab alliance will be Turkey, Jordan, Syria and Lebanon.

Mr. Flurry continued: “Truly, the Arab nations of the Psalm 83 covenant will have one primary motivation: fear of iran. Daniel 11 describes a massive clash between the “king of the north” (Germany) and the “king of the south” (Iran).” After Germany defeated Iran with a lightning attack, this alliance of Psalm 83 will focus on Jerusalem.

Expect Saudi Arabia to become an ally of a German-led Europe and continue to oppose Iran in the Middle East. Please read our free booklet The king of the south for more information on these life-saving prophecies in the Middle East.