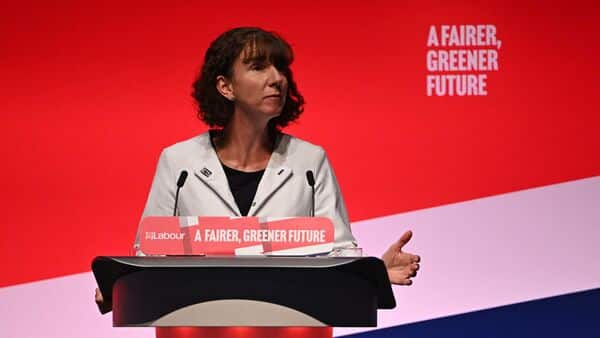 Rishi Sunak ‘is not the answer to the UK’s economic problem’: Labor Party leader Anneliese Dodd

A day after Labor Deputy Leader Angela Rayner called for a general election and added that Rishi Sunak is ‘already putting party before country’ by delivering a closed-door speech to Tory MPs, the Labor Party chairwoman Labor Party Anneliese Dodds said Oct. 25 that Sunak “does not have a mandate” to govern.

She was also of the opinion that the new British Prime Minister is not the answer to the country’s economic problems.

“Rishi Sunak says he is the answer when the problem, in the end, is the conservatives”, BBC quoted Dodds saying in response to Sunak’s first speech as prime minister. She added that Rishi Sunak was part of those 12 years of conservative failure.

“People didn’t vote in the last election for a high-tax, low-growth economy, but of course Rishi Sunak was at the heart of that,” she added.

Dodds also criticized Sunak’s lack of concrete policy proposals, saying “ordinary people, of course, who are paying the price” and called it an “economic failure” of the Conservative Party.

She even said Monday’s budget statement was “getting together like a Halloween horror show,” reported BBC.

Earlier on October 24, shortly after Sunak’s appointment was announced, Deputy Labor Leader Angela Rayner said Sunak would become the UK’s next Prime Minister without him ‘saying a word’ on what he planned to do at No. 10.

Taking to Twitter, she wrote: “The Conservatives crowned Rishi Sunak without him saying a word about what he would do as Prime Minister. He has no mandate, no answers and no ideas. Nobody voted for that.”

“The public deserve their opinion on Britain’s future through a general election. It’s time for a fresh start with Labour,” she added.

Meanwhile, the Liberal Democrats said Sunak had failed to “reassure” the public worried about the coming winter.

“The public will be rightly furious that they have been denied a say, while Tory MPs decide who runs our country,” he said.

Push for economic growth | The star