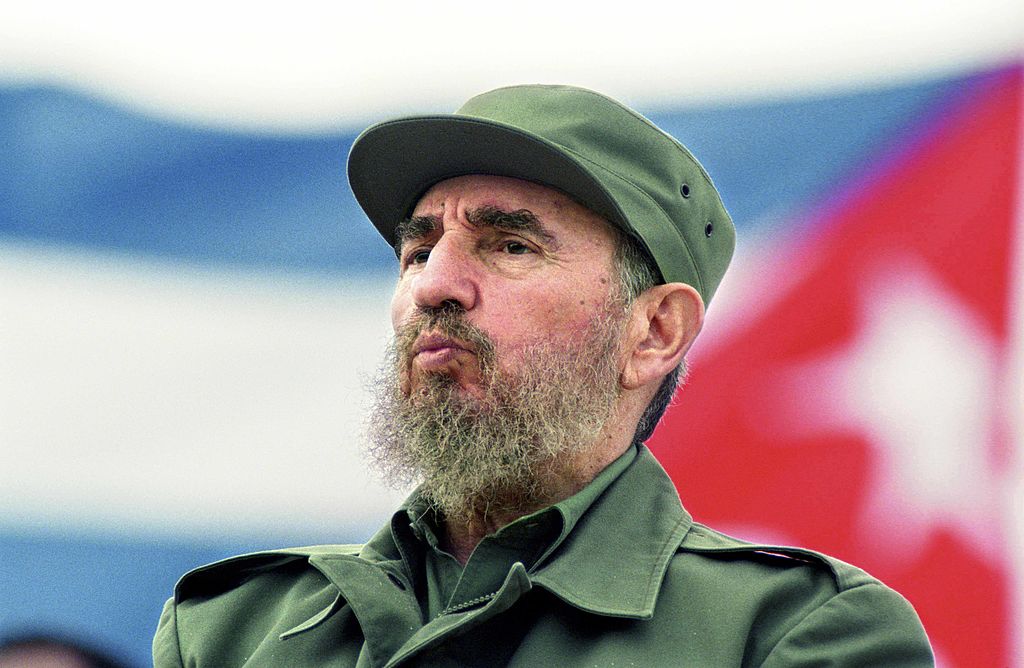 The immediate response was shock and horror, and the realization that it was far worse than any crisis they had expected. I would describe it as the Armageddon storyline, because that’s how I felt. In 1991, the Party Congress met on time, and there was rapid consensus on a whole program of unprecedented economic reforms.

This was carried out very largely by RaÃºl. RaÃºl wanted to resume the reforms of the 1970s, but this time in a different context. These reforms were vital. They decriminalized the holding of the dollar, allowing the dollar to enter. This enabled remittances; it allowed people to make money in one way or another.

Self-employment was the other reform introduced. The government abolished self-employment outside agriculture in 1968; it was almost the most characteristic political element of the 1960s. It turned out to be a disaster and they restored freelance work, but that’s all they restored, in terms of dismantling the state system. .

The immediate Cuban response to the Soviet collapse was shock and horror, and the realization that it was far worse than any crisis they had expected.

It was not a shift towards private enterprise, as one might expect. The change was on a small scale, towards supporting self-employment. Even when they dismantled state farms, they divided them into cooperatives, not by distributing land to individuals.

The reforms were very limited but sufficient to generate a recovery. The economy has started to grow again, having collapsed 35% in the previous four to five years. It also meant a recovery from the crisis that became evident in 1994.

In light of the recent protests, it is interesting to recall that the protests of 1994 were even bigger and much more worrying for the system. It looked like the system was on the verge of collapse, but the protests ultimately resulted in massive emigration, and the economy and political system began to recover.

Interestingly, however, what followed was debate. The first debate, from 1989 to 1991, was around the question “How to save the revolution?” They had saved it when the economy recovered, but the next question was “We saved the revolution, but what did we save?” What is the revolution? What do we mean by this?

It was a very open debate; you could see him perform in magazines and in newspaper reviews. What emerged in the early 2000s was an updated version of the 1959-1961 period. It was the model that Cuba had started to implement in 1961 – before the Cold War entered the picture.

The big response was to stress again country: homeland, homeland and nation. These principles had never been forgotten, but they were eclipsed by the models of the Soviet and socialist bloc. They have now returned with a force, returning to the original model of nation building through socialism. In other words, a management response was to say, we are going back to what we started doing, but – and this is RaÃºl speaking – updating the way of doing it.

Beyond that, there are many factors that may explain why Cuba defied all predictions of collapse. Mass organizations were a crucial element. The Soviet system worked in so many ways, but collapsed so quickly, that it told a story of institutional weakness, especially when it came to involving people. This was not the case in Cuba. One of the most characteristic elements of the Cuban system was the level and extent of participation through mass organizations.

These mass organizations were then called upon in the early 1990s, even before the takeover, to rebuild the state. The state was in a state of collapse. The government often said, â€œWe cannot afford to do this. You have to find a way to do it on your own. It is the mass organizations that have mobilized locally.

These organizations began to restructure the state from the ground up, and this secured the supply systems. It was not a story of individual survival, as it often is. This happened to some extent as dollars poured in from families overseas, but it was a matter of collective survival locally. district level.

Another factor was the decision to protect the social logos, social achievements, which have focused particularly on health and education. But there were also two other factors. One was that the government decided to pay unemployment benefits of 60 percent of their wages to people who were made redundant due to shortages and the closure of factories. The other was the use of the ration card. Rationing has returned to a scale that had not been seen for some time. It was one of the weapons to save public support that was largely invisible outside Cuba.

Beyond that, there was a residual loyalty. There were enough older and middle-aged Cubans, including those who had gone to study in the Soviet Union, who had some degree of loyalty to the values â€‹â€‹of the system. These values â€‹â€‹of solidarity, commitment and collaboration were increasingly shared by most Cuban churches, including the Catholic Church.

For a while, the Catholic Church thought it would play a role like the one it played in Poland in the 1980s, as a leader in opposition to a system that was on the verge of collapse. collapse. However, in Cuba, the Catholic Church has been frightened by the threat of disunity and social disintegration. He came to an understanding with the Communist Party and Cuban leaders, agreeing that what was important was to prevent social disintegration. The communist system called for solidarity and joint work, and the churches were saying the same.

Finally, American policies have played an important role. Remember that the United States’ response to the collapse was not to build bridges, as it did in Vietnam. He did exactly the opposite. In 1992, the embargo was tightened, and in 1996, with the Helms-Burton Act, it was even more so.

This played into the hands of the nationalism inherent in Cuba. The more they focused on the nation under the New Approach, the deeper that nationalism became and the more counterproductive American policies were. Most Cubans now feared disunity and disintegration, rather than demanding an end to the system.

I have always maintained that if an American president really wanted to destabilize the Cuban system, he would get rid of the embargo, or promise to get rid of the embargo. To some extent, that is what Barack Obama did, at least in the sense of saying that established policy had failed and loosening some restrictions slightly, although he certainly did not lift the policy completely. embargo. But most US presidents have done the exact opposite, and tightened it up, or at least continued the involvement. This gives the system and the rulers an alibi in Cuba. But it also plays into nationalism.

Health, infrastructure and fiscal stimulus will act as our economic panacea