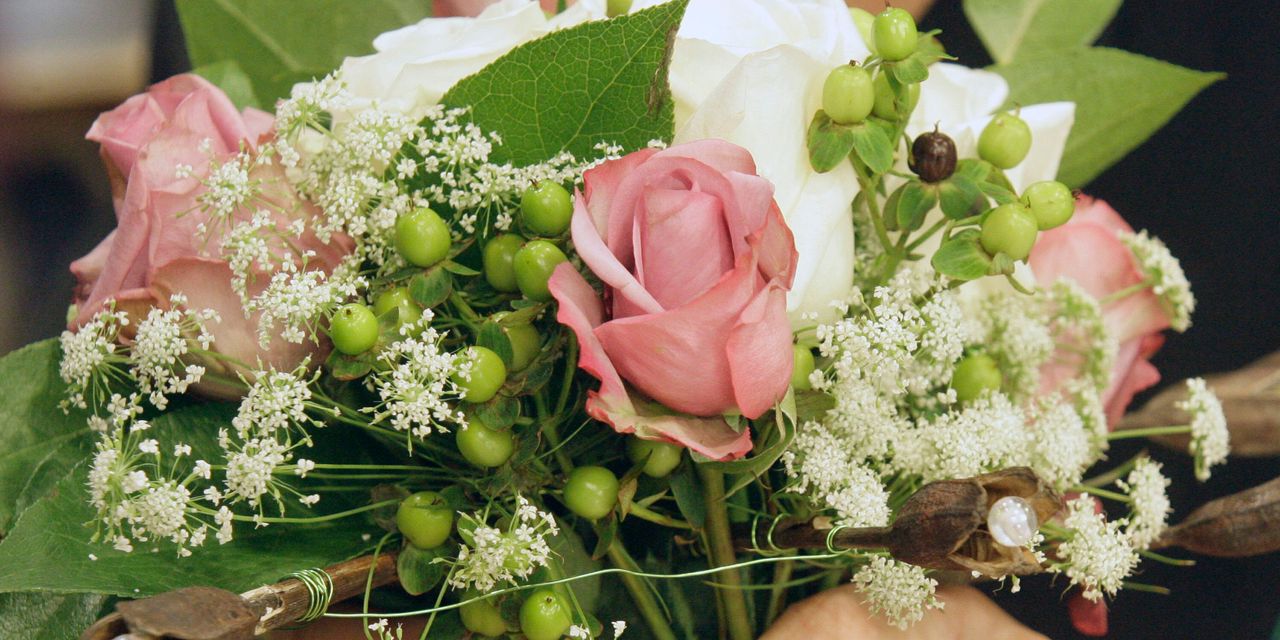 ORLANDO, Fla. (AP) – Jessica Kaschube has relied on the economic benefits of being married to further her career.

During nearly a dozen years of marriage, the extra income from her husband’s more stable jobs – and health insurance – allowed Kaschube to move from Montana to Alabama, Florida, further advancing her career. a theater administrator in an artistic profession known for its low salaries. and instability.

“Each move has given me another leap in my career path. He’s always had a stable income, ”said Kaschube, 35, who lives in the Orlando metro. “Since I had health insurance and a spouse who had an income, we could still pay our bills. We weren’t rolling on the money, but it was a privilege.

A new Pew Research Center study released Tuesday highlights the economic benefits of marriage, especially as the share of singles in the United States has increased over the past three decades. The flip side, of course, is that it’s harder to be single, say the researchers, because the population without a partner earns less and has less education. Single men, in particular, are less likely to be employed.

The share of the US population not living with a romantic partner during high-work years increased from 29% to 38% between 1990 and 2019. About 28% of singles aged 25 to 54 live with their parents, compared with 2% for married couples or couples. In addition, the growth of the partnerless population over nearly 30 years has been stronger among men than women, according to the Pew study, which used data from the Decennial Census and the American Community Survey.

Policymakers should take this into account, because the partnerless population is generally economically disadvantaged and in poorer health compared to those married or living with a romantic partner, said Richard Fry, senior economist at Pew.

“When we look at their health outcomes, they are more likely to engage in risky behaviors such as heavy drinking. Single adults don’t live that long, ”Fry said. “Single adults are a population at risk. “

Bella DePaulo, a research psychologist at the University of California, Santa Barbara, warned that this Pew report could further stigmatize the partnerless population “if used as a way to tell a deceptive story about these poor singles and what don’t go them. “

“Yes, singles are paid less, have fewer resources when they need help, and are disadvantaged in other ways as well. But part of it – maybe a big part – is based on discrimination against singles, not something wrong with them, ”DePaulo said in an email.

The increase in the number of single people can be explained by a drop in the number of marriages in three decades. The share of adults aged 25 to 54 who are married rose from two-thirds in 1990 to just over half in 2019, and the share of those who never married rose from 17% to 33%. While the unmarried population includes people who are separated, divorced or widowed, all of the growth comes from people who have never been married, according to the Pew report.

Single women earned more in 1990, but their advantage reversed in 2019, as women in couples became more likely to stay in the workforce.

Single men, on the other hand, lagged even more men in couples in terms of income and education. The researchers concluded that this was a combination of higher-income men more attractive as partners and cohabitation boosting men’s economic fortunes.

“We have a ‘chicken or egg’ problem. It’s a bit of both, especially for the guys, ”Fry said. “They’re rated on their financial ability, so in part because guys without a partner tend to have lower incomes. They have more trouble. They are seen as a less suitable partner. It is low income and being less educated that prevent them from living as a couple.

Despite the drawbacks, many single people find that the benefits of being alone outweigh the economic benefits of being in a partnership. That includes DePaulo, who wrote an essay for Medium last month celebrating her 50th single birthday when she was 68.

“Please send gifts – not to me, but to everyone you know who is thriving in their single life,” she wrote. “Singles who live fully, happily and shamelessly. People for whom single life is their best life. I call them “single at heart”. Praise them for never giving in to the relentless pressure to put a romantic partner at the center of their lives. “

Singles invest more in friendships and enjoy more freedom and solitude, and some studies show they are happier over time, she said in the email.

“Singles do quite well in a lot of ways, despite all the ways they are unfairly disadvantaged compared to those who are married or in a relationship,” DePaulo said.