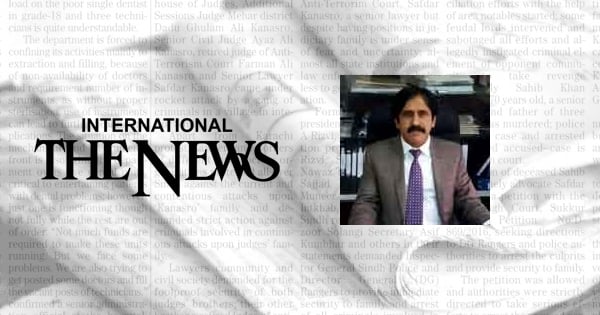 Pakistan’s economic performance is very discouraging. There is an immediate need for a policy change on the economic front. One of the options could be to reprofile the economy to revise economic performance, getting rid of the heavy IMF debt burden. But it’s not just IMF conditions that create problems; there are also other factors. So what is the way forward?

Reshaping the economy could be one of the policy options for making decisions regarding monetary and fiscal policy initiatives. Investor incentives are key to attracting investment to the country. The investment climate can be created by providing security to investors so that they can feel secure in all respects, especially the safety of their investments and profits. Economic reforms need to be strengthened to attract foreign direct investment, which could in turn contribute significantly to boosting GDP growth. Before going into the details of factors other than the fundamental issues of the economy, let us discuss the possible contours of economic reprofiling as a policy option for economic growth.

Fiscal and monetary policy work in tandem to balance and support each other to achieve an optimal level of economic growth. Pakistan’s economy suffers from external and internal debt with all sorts of economic ills including but not limited to high inflation, low investment, high security risk and less incentives to businessmen. The downward revision of the policy rate by the State Bank of Pakistan is essential to attract and create an atmosphere conducive to investment in the country. But this is not possible if we want to continue to follow the IMF program. We must calculate and estimate the reprofiling of public debts and deficits and their results. Thus, the first political intervention in the context of the reprofiling of the economy is to bring interest down to acceptable levels to promote investment in the country.

The interest rate must be reduced to 3.5-4.5% from the current level of 9.75%, which would not be possible in a short period of time. What needs to be done is to revise the policy rate slowly and steadily over two years. The possible mechanism could be to reduce it by around 100 basis points every three months in the first year and by 50 basis points the following year again on a quarterly basis. The estimated investment through this policy intervention could range from approximately $25 billion to $50 billion in two years. This may bring about a revolution in the country, but again it will depend on our security climate. Practical steps must be taken to ensure the safety and security of investors, otherwise such intervention will only contribute to soaring inflation. The current double-digit inflation is already taking its toll.

The massive depreciation/devaluation of the Pakistani rupee is another blow to economic stability. The exchange rate needs to be revised; it should be reduced to 125 rupees per dollar, because our exports and imports are almost inelastic, especially our exports. One of the purposes of devaluation is to increase exports, but we must adopt other measures to increase our exports in order to earn foreign exchange. By doing so, we can avoid increasing our debt and service liability. It is estimated that through such reprofiling vis-à-vis interest rates and rupee appreciation, we could avoid the cumulative effect of the debt burden by around 50%, comparing our liabilities current.

GDP growth through these monetary policy measures can be achieved at around 6.5-8.5% per annum with the proposed intervention to make it sustainable. Foreign direct investment (FDI) could make an important contribution, again subject to appropriate and practical measures guaranteeing long-term economic reforms. Foreign debt from the IMF, World Bank, AfDB and others could be offset by pursuing a more aggressive investment policy, coupled with impressive GDP growth bolstering exports to shed their terms . The investment climate in the country can only be generated by a strong and solid economic system supported by a strong political system which must be reinforced by the rule of law. There is no doubt that political stability is a prerequisite for sustainable growth. The role of politicians and institutions is all the more important in strengthening the political system in order to achieve sustainable economic growth.

The government must create incentives for people to contribute to the economy by providing grants. The cost of doing business is so high that no one wants to take risks. Factors of production, except labor, are so high that manufacturing sector, especially large-scale manufacturing, is not viable in the current high cost scenario. energy. It should be scaled back by providing subsidies to the manufacturing sector to increase exports and make products competitive. Export growth is needed to repay multilateral and bilateral loans. Total external lending of around $127 billion is a real problem for Pakistan, as most of our annual budget is spent on servicing debt.

A reprofiling on the fiscal side is immediately needed, as we see a lot of subsidies and exemptions removed to meet IMF preconditions. The development budget was cut by about 300 billion rupees, exemptions of 300 billion rupees were withdrawn, energy tariffs increased to generate nearly 600 billion rupees. The cumulative effect of these fiscal measures has done nothing for the economy, but has led to more inflation, offsetting the welfare factor of our growth in exports and remittances abroad. The tax targets of RBF have been revised upwards for the first time in Pakistan’s history due to these tax measures which overall contribute to disrupting the popular masses.

Incentive programs, including tax exemptions for vital sectors of the economy, are badly needed to spur growth. Amnesty programs should be reintroduced for more investment and taxes, as Pakistan has survived and thrived on the informal economy. Exports should be encouraged for foreign exchange reserves and remittances to repay our expensive loans. Global incentives – from producers to industrial manufacturers to service sectors, especially e-commerce – should be expanded. These tax measures, incentives, exemptions and subsidies of about 2 trillion rupees will generate about 15-25 billion dollars in addition to our current foreign exchange reserves, enough to repay our borrowings in 7 to 10 seven to ten years.

Long-term planning and reshaping of the economy along the above policy lines is immediately necessary to get out of the current economic mess. The IMF program must be halted; instead, a new mechanism as proposed above could be put in place to support foreign exchange reserves and repay loans. Otherwise, we could face a crisis situation similar to that of Sri Lanka in the days and months to come.

The author is an economist.

Necessary: ​​an economic recovery for rapid and job-rich growth