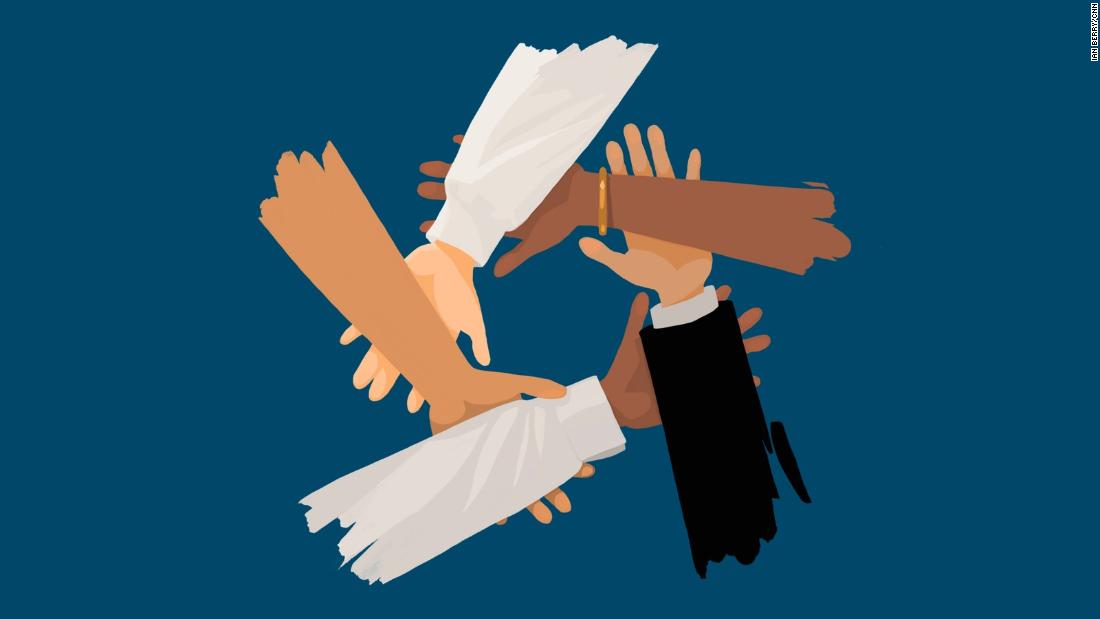 However, deep-rooted racial prejudice and segregation limit the nation’s potential and hamper economic growth by billions of dollars a year, according to chief economists at the financial research firm.

“Racial segregation and prejudice are costing all Americans,” Mark Zandi, chief economist at Moody’s, told CNN Business. â€œIf we focus on this problem and try to solve it, everyone benefits. “

Earlier this month, Moody’s Analytics released a report that shed light on the macroeconomic effects of segregation within American communities. In this research, Zandi and his fellow economists found that greater long-term economic growth occurs in more integrated communities.

According to Moody’s estimates, if the racial geographic makeup of all U.S. communities matched that of the nation’s most integrated communities, it would likely bring the U.S. GDP growth rate up to 2.7 percent from 2.4 percent over the course of the year. the next decade.

Moody’s research follows recent reports from Citigroup, McKinsey, the San Francisco Federal Reserve, the International Monetary Fund and others that sought to quantify the effect of the racial wealth gap and disparities in education, housing and investment. According to some estimates, these differences have has cost the national economy $ 16 trillion over the past two decades.
Building on these and on the University of California, Berkeley’s “Roots of Structural Racism Project,” Moody’s sought to connect the dots between racial integration at a more local level and economic performance.

Using data from the Census Bureau, Moody’s compared the racial makeup within U.S. counties and their respective census tracts to develop a racial integration score based on the distribution of the population by race. The economists then analyzed the performance of countries’ GDP from 2009 to 2019 in addition to other factors, such as house prices, travel times, availability of credit, crime and business activity.

“There is a lot to unravel, questions of causation, of correlation,” he said. â€œThere are a lot of things to think about. “

For example, noting that this research only examines data for the decade that ended in 2019, it is still unclear how the â€œdramatically blurredâ€ migration patterns of the pandemic could affect the scores and projections of integration, he said.

Zandi hopes the report will initiate further research on the topic, especially in light of the pandemic’s disproportionately negative effect on people of color and the heightened civil war the United States has experienced in recent years. One area that policymakers should address is the role that disparities in homeownership play on the wealth gap.

Some cities are stuck in “severe segregation models,” said Sheryll Cashin, a law professor at Georgetown University who wrote about housing inequality in “White Space, Black Hood: Opportunity Hoarding and Segregation in the Age. of Inequality â€.

And in these polar extremes, the borders have hardened in recent years, she said.

â€œThe so-called American dream really only works for those who can afford to buy their way into high potential areas,â€ she said.

Disrupting stubborn century-old systems is no easy task, but not impossible, she said, nodding to Harvard professor Raj Chetty’s research on social mobility. Cashin noted that Montgomery County, Maryland, is an example of how public policies could help create a highly integrated county with characteristics of high desirability.
The county is home to the oldest inclusive housing program in the United States, which requires a certain percentage of new units in development to be set aside as affordable housing. Cashin credits the program with creating a highly integrated city with strong markers of economic and educational performance.

Efforts to help American communities become more racially integrated are likely to come at the local level, she said, noting that municipal efforts such as expanding bus lines, creating denser neighborhoods, encouragement of greater diversity in public schools and the recreation of the public square.

â€œIntegration is good for economies, but integration is really good for young children,â€ she said, noting that several studies have shown that â€œwhen young children who live in very poor environments have the possibility of moving to the middle class or either in their schools or in their neighborhoods, they do better. â€

“It’s not just a question of economics,” she said. â€œIt is also about the lives of children, who are our assets.

The specter of an interest rate hike looms over election campaigns