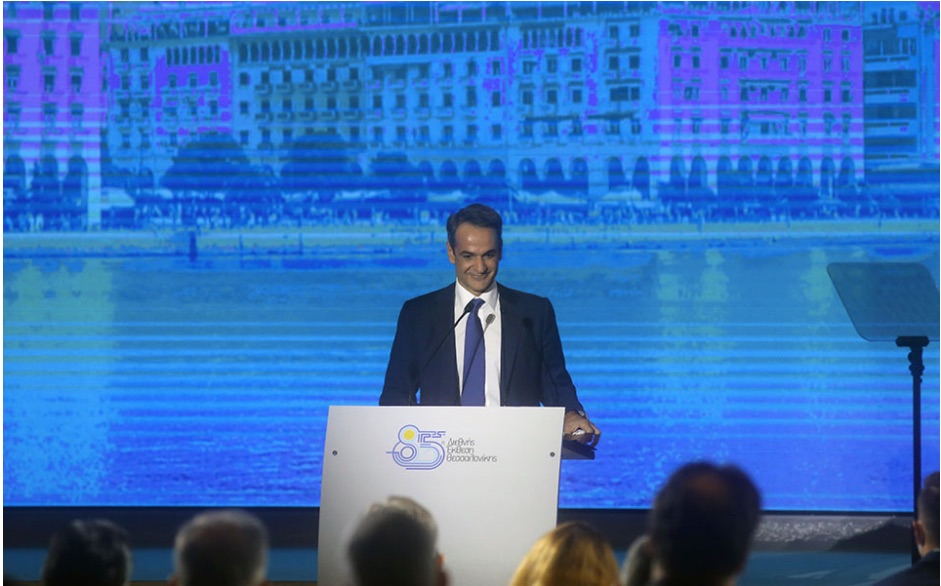 Greece’s economy is expected to grow 5.9% this year, faster than the 3.6% growth previously forecast, Prime Minister Kyriakos Mitsotakis said in his annual economic speech on Saturday.

Greece emerged from a decade-long financial crisis in 2018, but saw its economy collapse again by 8.2% last year due to restrictions aimed at curbing the spread of the COVID pandemic. 19.

“Today we are announcing the revision of the (growth) target for 2021 from 3.6% to 5.9%,” Mitsotakis said. “In an economy that will give opportunities to every citizen, without leaving anyone behind. “

As Mitsotakis spoke in Greece’s second-largest city of Thessaloniki, more than 15,000 people demonstrated there on issues ranging from economic policy to coronavirus vaccines. Short-lived clashes erupted between anti-vaccine protesters and police, who fired tear gas and water cannons to disperse the crowds.

The Greek economy grew by 3.4% in the second quarter of this year, beating forecasts and giving the government fiscal leeway to make tax relief measures.

Its annual expansion rate reached 16.2%, thanks to a pickup in consumer spending and investment.

Analysts attributed the second-quarter growth primarily to the lifting of lockdowns, pent-up demand and a boost from state support measures, and less to tourism, the impact of which is expected to show in the future. third trimester.

CT will take longer to recover from COVID recession