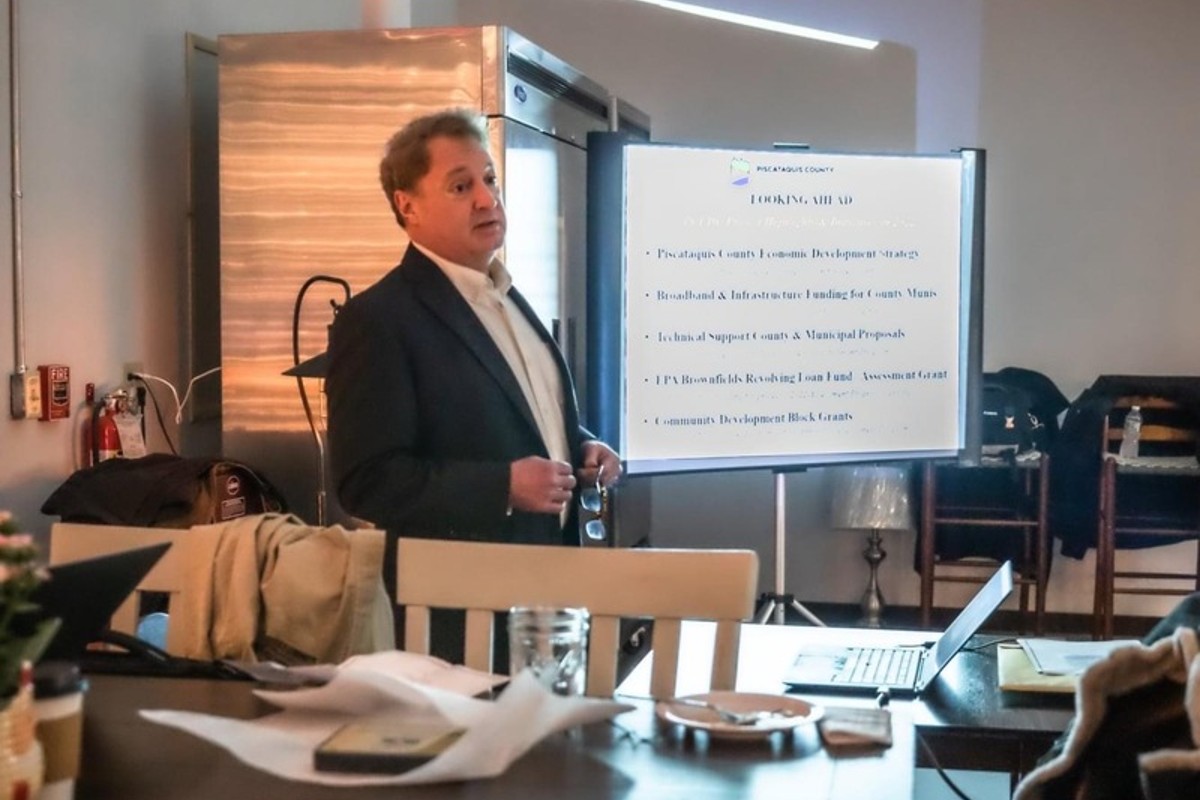 The Executive Director of the Piscataquis County Economic Development Council is leaving us after leading the organization for two years.

John Shea has accepted a position as executive director of the North Central Kansas Regional Planning Commission in Beloit, Kansas, a nonprofit organization focused on economic development, housing, weathering, regional planning, and other efforts in a 12-county region, he said.

His last day with the Piscataquis County Economic Development Board will be April 12.

Shea led the economic development group during the COVID-19 pandemic while advocating for municipalities in Piscataquis County and connecting businesses to grants and resources. In recent months, Shea has led a broadband expansion effort. The development board hired a consulting firm to conduct a study on broadband and how to close the gaps throughout Piscataquis County. It remains unclear if the county will move forward with broadband plans or if municipalities can choose to invest on their own.

The organization has already begun its search for a new executive director, said Lucas Butler, vice chairman of the development board’s executive committee. Butler is also the facilities manager for the Piscataquis County Ice Arena in Dover-Foxcroft.

The Development Council has drawn up a job description which will soon be put online. A hiring committee including council officers and several others will oversee the search for a new executive director, Butler said.

Ideally, the position would be filled next month, but the hiring committee will remain flexible to find the best person for the job, he said.

“I have no doubt, given today’s job market, that it could be difficult,” he said. “Again, we offer something unique that can attract a very good candidate. We have a lot of hope.

It has been an honor to serve Piscataquis County and work with the PCEDC Executive Committee, City Managers and County Commissioners, Shea said.

“There is so much potential in Piscataquis County, and for me the key factor is bringing together all perspectives to help solve our most pressing issues – labor, housing [and] broadband.”

Shea would like to see the next leader continue to develop the economic development strategy, he said. The effort, which is just beginning after a number of delays, is essential to focus the development board and other county stakeholders around a shared vision of prosperity and growth, he said. declared.

He called the process an exercise in community building and partnership. This will “open up new opportunities to work together to make Piscataquis County a place where families want to call home and where young people find the opportunities that allow them to stay or come back,” he said.

The economic development board has completed groundwork for the broadband expansion, Butler said. Developing an action plan comes next, and the county cannot lose momentum on such an important issue, he said.

The organization will continue its efforts to connect municipalities with grants from the Environmental Protection Agency’s Brownfields Program, the Department of Housing and Urban Development and other resources, Butler said.

the Piscataquis County Economic Development Board at its quarterly meeting on March 28.