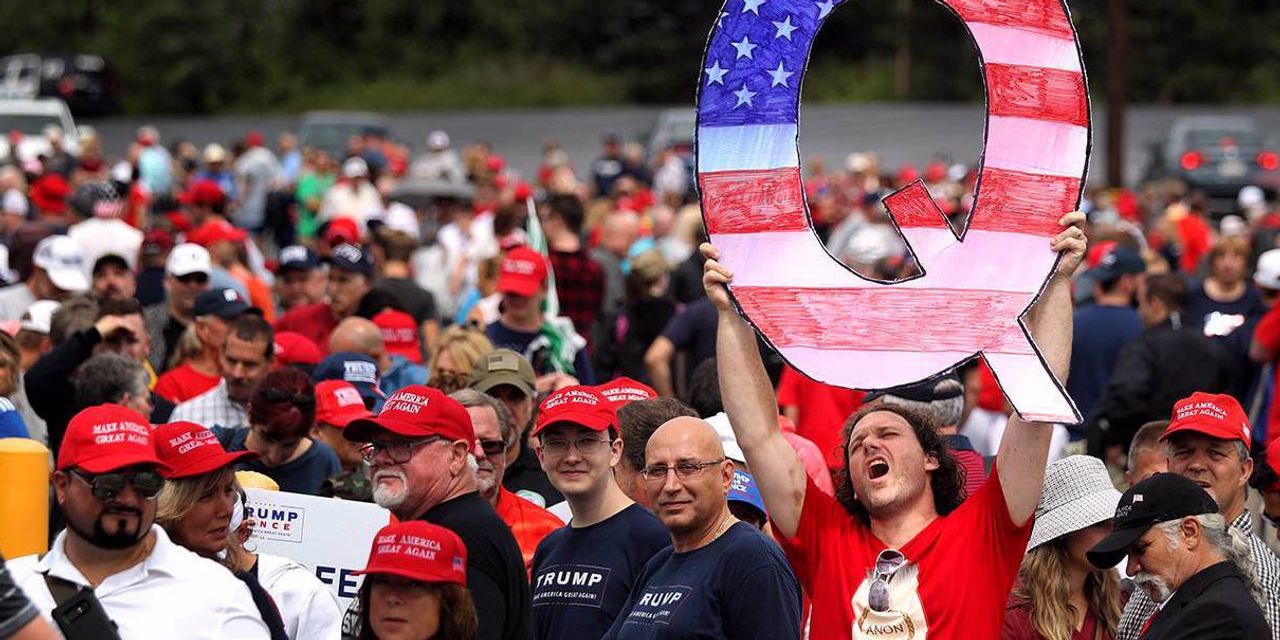 NEW YORK (Project Syndicate)—The United States appears to have entered a new Cold War with China and Russia. And US leaders’ depiction of the confrontation between democracy and authoritarianism fails the test of smell, especially at a time when the same leaders are actively courting a systematic human rights abuser like Saudi Arabia. saudi.

Such hypocrisy suggests that it is at least partly global hegemony, not values, that is really at stake.

For two decades after the fall of the Iron Curtain, the United States was clearly number one. But then came the disastrous and misguided wars in the Middle East, the financial crash of 2008, rising inequality, the opioid epidemic and other crises that seemed to cast doubt on the superiority of the American economic model.

“ Cold wars are ultimately won with the soft power of attraction and persuasion. To emerge victorious, we must convince the rest of the world to buy not only our products, but also the social, political and economic system that we sell. ”

Moreover, between the election of Donald Trump, the attempted coup in the United States Capitol, numerous mass shootings, a Republican Party bent on voter suppression, and the rise of conspiracy cults like QAnon, he There is more than enough evidence to suggest that certain aspects of American politics and social life have become deeply pathological.

Of course, America does not want to be dethroned. But it is simply inevitable that China will outperform the United States economically, regardless of the official indicator used. Not only is its population four times larger than that of America; its economy has also grown three times as fast for many years (indeed, it already surpassed the United States in purchasing power parity in 2015).

“ The West must once again make our economic, social and political systems the envy of the world. ”

While China has done nothing to declare itself a strategic threat to America, the writing is on the wall. In Washington, there is a bipartisan consensus that China could pose a strategic threat and that the least the United States should do to mitigate the risk is to stop helping China’s economy grow. According to this view, preemptive action is warranted, even if it means violating the World Trade Organization rules that the United States itself so drafted and promoted.

This New Cold War front opened long before Russia invaded Ukraine. And senior US officials have since warned that the war in Ukraine must not distract from the real long-term threat: China. Given that Russia’s economy is roughly the same size as Spain’s, its “limitless” partnership with China seems to have little economic significance (although its willingness to engage in disruptive activities in the world could prove useful to its larger neighbor to the south).

Pierre Morici: Instead of standing up to Russia and China, Biden appeases them

But a country at “war” needs a strategy, and the United States alone cannot win a new great power contest; he needs friends. Its natural allies are Europe and the other developed democracies in the world. But Trump has done all he can to alienate those countries, and Republicans – still entirely indebted to him – have provided plenty of reason to question whether the United States is a reliable partner.

Moreover, the United States must also win the hearts and minds of billions of people in developing countries and emerging markets around the world, not only to have numbers on its side, but also to ensure access to essential resources.

In currying favor with the world, the United States will have to make up a lot of lost ground. His long history of exploiting other countries doesn’t help, nor does his deep-rooted racism — a force Trump expertly and cynically channels. More recently, American policymakers contributed to global “vaccine apartheid,” in which rich countries received all the vaccines they needed while people in poorer countries were left to fend for themselves. Meanwhile, America’s new opponents of the Cold War made their vaccines readily available to others at lower or lower cost, while helping countries develop their own vaccine production facilities.

Opinion: Millions are dying needlessly from COVID due to selfishness, greed and a perverse misunderstanding of human freedom

The credibility gap is even greater when it comes to climate change, which disproportionately affects those in the Global South with the least capacity to cope. While major emerging markets have become the largest sources of greenhouse gas emissions today, cumulative emissions from the United States are still by far the largest. Developed countries continue to contribute and, even worse, have not even delivered on their meager promises to help poor countries deal with the effects of the climate crisis caused by the rich world.

Instead, US banks are contributing to looming debt crises in many countries, often revealing a depraved indifference to the resulting suffering.

Europe and America excel at lecturing others on what is morally right and economically sensible. But the message that usually gets through – as the persistence of US and European farm subsidies clearly shows – is “do as I say, not as I do”.

Especially after the Trump years, America no longer has any claim to moral superiority, nor the credibility to dispense advice. Neoliberalism and trickle-down economics were never widely embraced in the Global South, and now they are out of fashion everywhere.

At the same time, China has excelled not in delivering conferences, but in providing physical infrastructure to poor countries. Yes, these countries are often heavily indebted; but, given the behavior of Western banks as creditors in the developing world, the United States and others are hardly in a position to point fingers.

I could go on, but the point must be clear: if the United States is going to embark on a new Cold War, it had better understand what it will take to win. Cold wars are ultimately won with the soft power of attraction and persuasion. To emerge victorious, we must convince the rest of the world to buy not only our products, but also the social, political and economic system that we sell.

The United States may know how to make the best bombers and missile systems in the world, but it will not help us here. Instead, we must offer real help to developing countries and emerging markets, starting with a waiver on all COVID-related intellectual property so they can produce vaccines and treatments themselves.

Equally important, the West must once again make our economic, social and political systems the envy of the world. In the United States, this begins with reducing gun violence, improving environmental regulations, addressing inequality and racism, and protecting women’s reproductive rights. Until we have proven ourselves worthy to lead, we cannot expect others to march to our drum.

Joseph E. Stiglitz, Nobel laureate in economics and professor at Columbia University, is a former chief economist of the World Bank (1997-2000), chairman of the President’s Council of Economic Advisers and co-chairman of the Committee on high-level Carbon Pricing Commission. He is a member of the Independent Commission for the Reform of International Corporate Taxation and was lead author of the IPCC Climate Assessment in 1995.

Globalization has failed for emerging markets. And now deglobalization will be put to the test

We need a balanced response to inflation, one that won’t ruin workers’ lives