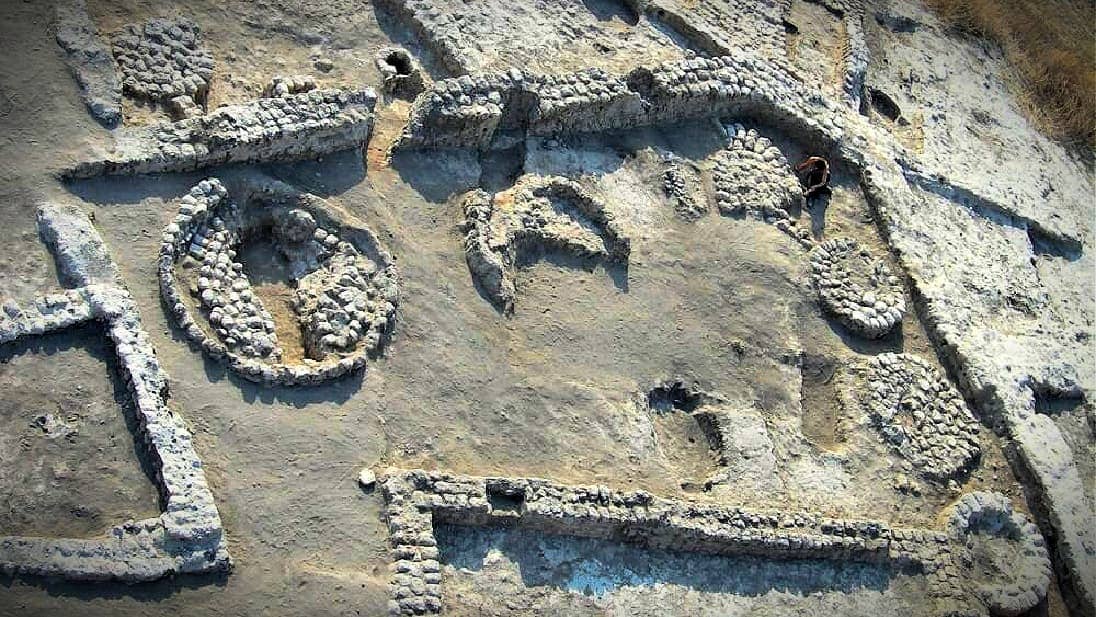 New evidence has emerged from cultivated olive groves dating back 7,000 years in the central Jordan Valley, about 32 kilometers north of the Sea of ​​Galilee.

A new study has investigated ancient settlements and their remnants in an area known as Tel Tsaf, finding that there was a prosperous and thriving society at the time dedicated to the cultivation of wheat, barley and olives.

This is the earliest known evidence of olives being grown outside of their native range.– Dafna Langgout, researcher, Tel Aviv University at the Institute of Archeology

According to archaeologists who worked on research published by Scientific Report, this is one of the earliest examples of humans cultivating olives.

“To describe it, [we can say] that this is the earliest known evidence of olives being grown outside of their natural range,” said Dafna Langgout, from the Institute of Archeology at Tel Aviv University and co-author of the ‘study. Olive Oil Times.

Among the hundred samples of charred wood collected on the site, archaeologists have identified many remains of olive trees.

While the seeds and fruits found in a specific location may have come from other regions, the salvage of wood remains is thought to mean the plant must have grown nearby, the researchers explain in the paper.

“Tellingly, the central Jordan Valley is located outside the natural distribution area of ​​wild olives,” they wrote. ​“Therefore, the recovery of charred olive wood remains at Tel Tsaf provides strong evidence of olive groves near the site. A few remains of olive charcoal as well as a few olive pits have also been reported in previous studies.

In the neighboring regions, wild olive trees once coexisted with many other species, such as oaks, tamarisks, white acacia and pistachio trees. In Tel Tsaf, however, the olive trees were imported by the local people, a phenomenon which also shows that the knowledge of olive planting was established.

The study focuses on archaeological and botanical evidence, which ​“suggests that olive cultivation began in northern Israel (Carmel Coast and Galilee) nearly 8,000 years ago.

“A few centuries later, at the beginning of the Middle Chalcolithic period… the settlers of Tel Tsaf engaged in the cultivation of olive trees in their own right, indicated by their location outside Olea Europaea​‘s natural distribution,” the researchers wrote. ​“To accomplish this geographic shift, a transfer of olive knowledge and genetic material from northern Israel to the central Jordan Valley had to take place.

The research revealed that the local people were deeply involved in agriculture, having built large structures to store food, mainly grain. The study authors explained that each building in the settlements had four to five rounded silos, or a storage capacity of 20 to 30 tons.

“They far exceeded the needs of the inhabitants, indicating the operation of a complex economic system of accumulation of surplus and wealth,” the researchers wrote.

Such complexity is due to a ​“sophisticated production system, possibly including fertilizers, irrigation systems and field management practices, such as incorporating fallow periods into crop rotations,” they added.

It also shows a society that could plant new crops, like olive trees, whose yields would have taken years to develop.

According to Langgout, the Tel Tsaf society was exceptionally wealthy compared to others, ​“live in a survival mode.

“They had time to invest in something with a long-term investment with a relatively delayed return,” the researchers wrote. ​“It is possible that a fruit tree plantation would not reach its full yield potential during the short adult life of the planter 7000 years ago, due to the long juvenile period of some tree types. fruit trees.

Scholars believe that olives were a luxury item that may have played a role in trade with other populations.

“Cultivated olive and fig trees have produced products with a long shelf life, such as table olives, olive oil and dried figs and, therefore, are well suited for long-distance trade and taxation, leading ultimately to the accumulation of wealth and a more complex society. economic organization,” Langgout said.

Even though previous studies conducted in adjacent areas of the region have shown the existence of ancient oil mills at the time, researchers cannot say whether olive presses were present at Tel Tsaf.

While olive oil production would then have been possible at Tel Tsaf, there is no certainty or indication of how the product would have been stored.

“We have no evidence at the Tel Tsaf site of olive oil production,” Langgout said, noting that archaeologists did not find any olive waste or olive oil presses at the time.