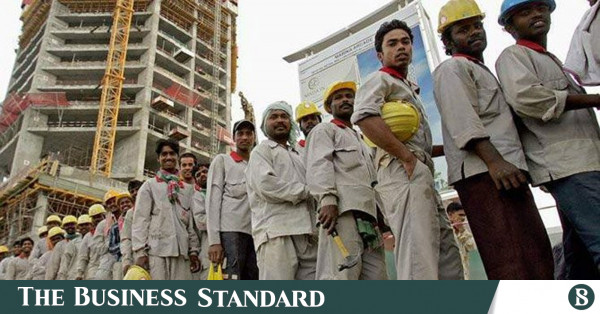 As the International Monetary Fund (IMF) predicts the highest economic growth since 2012 and life becomes normal by containing the Covid-19 pandemic with mass vaccination, the labor market in Gulf country Oman will remain lucrative in 2022 thanks to high oil prices in the United States. international oil market and a gradually improving general investment climate, sources said.

The International Monetary Fund in Muscat has significantly raised its forecast for Oman’s economic growth this year.

He now expects the sultanate’s real GDP to grow at the fastest pace since 2012.

According to the IMF’s World Economic Outlook report released this month, Oman’s real GDP is expected to grow by 5.6% in 2022, compared to an estimated 2% growth recorded in 2021.

In contrast, last month the IMF lowered its growth forecast for the global economy for 2022 by 0.8 percentage points to 3.6% due to the “seismic” impact of the war in Ukraine.

The expected revival of Oman’s economic growth reflects the sultanate’s higher oil production in line with an OPEC+ deal and a rebound in non-oil economic activities.

Bangladesh will continue to explore the foreign labor market in Oman this year as the Gulf economy has started to overcome the impact of Covid-19 with the launch of different development projects involving several billion US dollars, said said a Bangladeshi diplomat working in Muscat.

Bangladesh has exported a total of 41,617 workers (12.90% of total employment) in the period January-March of the current calendar year, 2022.

Bangladesh, however, has exported a total of 322,583 workers to different countries in the current calendar year, according to statistics from the Bureau of Manpower, Employment and Training (BMET). .

Oman’s employment share jumped to 12.90% of total employment in the first three months of the current calendar year from 8.91% in the previous calendar year, according to BMET data. .

The Ukraine-Russia conflict leads to higher oil prices on the world market, which also contributes to increasing the income of the Gulf country.

Recently, the World Bank also forecast that Oman’s real GDP would grow by more than 5% in 2022 as the Sultanate’s economy is on track to recover amid easing pandemic pressures, rising hydrocarbon production and far-reaching government reforms.

The fund said countries in the Middle East are highly exposed to global food prices, particularly the price of wheat, which is expected to remain high throughout the year and into 2023 amid the Russian conflict. -Ukrainian in progress.

Oman’s economy is expected to grow by around 5.6% in 2022 and will continue record growth rates during the tenth five-year plan years, alongside a gradual improvement in the general investment climate, a Bangladeshi diplomat has said. .

According to the Bureau of Manpower, Employment and Training (BMET), Bangladesh exported a total of about 1.6 million workers to Oman during the period 1976-2021, se sharing 11.6% of the country’s total labor exports to foreign markets during the same period. .

“Oman is an important labor market for Bangladeshi expatriates and this country will also continue to remain dynamic this year, as the Gulf country has started to implement a number of development projects,” said the deputy head of the country. Embassy of Oman, Maushumi Rahman, during an interview with the Business Standard. recently.

Quoting Omani policymakers and business leaders, Maushumi Rahman said, “Oman recalls the role of expatriate Bangladeshis in the development process of the Gulf country over the years.”

Saudi Arabia is currently the largest job market for Bangladeshi expats. The country exported 46,68,542 workers to the Kingdom of Saudi Arabia during the period 1976-2021, sharing 34.3% of the total labor market.

Maushumi Rahman, a career diplomat, said that “more than six lakh Bangladeshi expatriates currently live in Oman and are employed in different sectors. As the Gulf economy has started to get back on track, she said that Oman’s job market for Bangladeshis looks lucrative in 2022.”

The diplomat said: “We believe that the Sultanate will remain a major destination for Bangladeshi expatriate workers in 2022. Our expatriate workers, with their sincerity, modesty and hard work, have made a good impression on Omani employers and their ability to pick up Quick Arabic and the ability to muster the skills required for all sorts of jobs has made them particularly popular among Omanis.”

She said constant campaigning by the embassy has encouraged many Omani employers in remote places in the Sultanate to recruit workers from Bangladesh.

Meanwhile, a leader of the defunct Bangladesh Association of International Recruitment Agencies (BAIRA), speaking to the daily, said Bangladesh plans to export more than 160,000 workers to Oman.