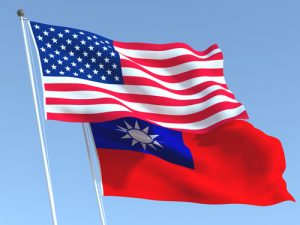 The Ostracize China Act of 2022, sponsored on April 6 by U.S. Representative Frank Lucas (R-OK), would hold China responsible both economically and financially for any aggression against Taiwan.

“China’s coercive and growing efforts to leverage its economic influence and military might to reshape the Indo-Pacific region must not go unchecked,” Rep. Lucas said.

If signed into law, HR 7411, upon notification to Congress from the President of the United States declaring any threat to the people of Taiwan, would exclude government officials of the Communist Party of China (CCP) from financial and intergovernmental forums, according to a summary of the bill provided by the MP’s office.

“The greatest generational challenge facing the United States is the economic, political and national security threat from the Chinese Communist Party,” Rep. Lucas said. “In order to deter China from emulating the rogue aggression exhibited by Russia, Congress should take the necessary steps to ensure that the People’s Republic of China would be subject to significant financial and economic sanctions should Beijing threaten the security, the social or economic system of the people. in Taiwan.

Under current law, set forth by the Taiwan Relations Act of 1979, the policy of the United States is that “the president is required to promptly inform Congress of any threat to the security or to the social or economic system of the people on Taiwan and any endangerment to United States interests arising therefrom.

“The President and Congress will determine, consistent with constitutional processes, the appropriate action of the United States in response to such danger,” according to the law.

Going further, HR 7411 would make it United States policy to prevent officials of the government of the People’s Republic of China from participating in meetings, receipts, and other activities of certain international banking organizations, including the G-20, the Bank for International Settlements, the Financial Stability Board, the Basel Committee on Banking Supervision, the International Association of Insurance Supervisors and the International Organization of Securities Commissions, indicates the summary of the draft law.

The pitch of this new sustainable ETF? Give back the profits.