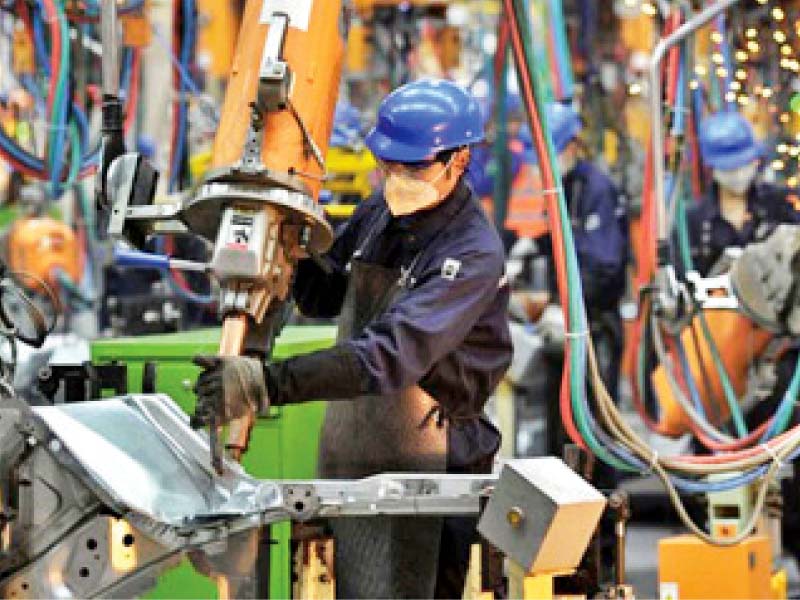 Pakistan’s major industries posted growth of 7.4% in the first half of the current fiscal year, more than double the rate under the old methodology which the government has now amended.

The new base covers additional industries and the products they produce compared to the old base of 2005-06.

The growth pace of LSM industries slowed to 7.4% during the July-December period of the 2021-22 fiscal year, the PBS reported. December was the fourth consecutive month where the growth rate was slower than the previous month.

Based on the old methodology, the growth rate was only 3.4% in the first six months of the current fiscal year.

Since large industries contribute heavily to revenue collection and job creation, any change in their growth impacts government and business sentiment accordingly.

From the total of 112 items with a cumulative weight of 70.3% that were used for the calculation of LSM growth under the old base year, the rebased LSM was calculated with 123 items with a total weight of 78.4% which is derived from the industries census of 2015-16 with all existing data sources with the addition of the PBS internal data source, according to the PBS.

The coverage of the industrial sector has also been increased from 15 to 22 under the new base.

With the increase in the size of LSM, the rebasing of the economy also indicates a decline in the share of the employment-intensive industrial sector, whose share has fallen significantly in the overall size of the economy.

The LSM sector’s share, which stood at 11.7% under the old benchmark year, has now shrunk to just 9.3%, according to results announced by the National Accounts Committee (NAC) the previous month.

LSM has remained an important source of economic growth in Pakistan. Thanks to the encouraging results of this sector during the previous fiscal year coupled with a weak base effect, the government managed to post an overall economic growth of 5.4% in 2020-21.

However, a steady decline in the share and growth of LSM can cause a lot of problems for the government which struggles to create new jobs.

The government has targeted economic growth of 4.8% for the current fiscal year. But the International Monetary Fund (IMF) has projected Pakistan’s economic growth to be 4%, which is a decent rate but nearly half of what is needed to create jobs for all new market entrants. .

LSM data is collected from three different sources. Data collected by the Petroleum Companies Advisory Committee (OCAC) showed that 36 business sectors recorded growth of 0.1% in the first half of the current fiscal year.

The Industry Ministry, which monitors 11 products, reported a 3.2% increase in production in the July-December period.

Industries that showed growth in the first six months included textiles, which rose less than 1%.

The weight of the textile sector has been reduced from almost 21% to 18.2% in the LSM index, but any movement in the segment has a significant impact on the overall growth of the LSM sector. It is the largest sector of the LSM index.

Coke and petroleum products also posted nominal growth, as did chemicals. Production in the automotive sector increased by 1.8%. The iron and steel sector grew by 0.8% while the manufacture of leather products remained stable.

Growth in the production of paper and paperboard, engineered products and wood products remained negligible.

There has been a drop in output from fertilizer plants as the government scrambles to supply gas to urea producers to enable them to operate at full capacity. This contradicts the Ministry of Industry’s assertion that urea production was the highest in the current fiscal year.

Production of pharmaceuticals, rubber and electronics also contracted in the first half of the current fiscal year, according to the PBS.

Published in The Express Tribune, February 18and2022.

British Columbia’s Economic Plan: Building an Economy that Works for Everyone

Economic inconsistency and the promise of NFTs.