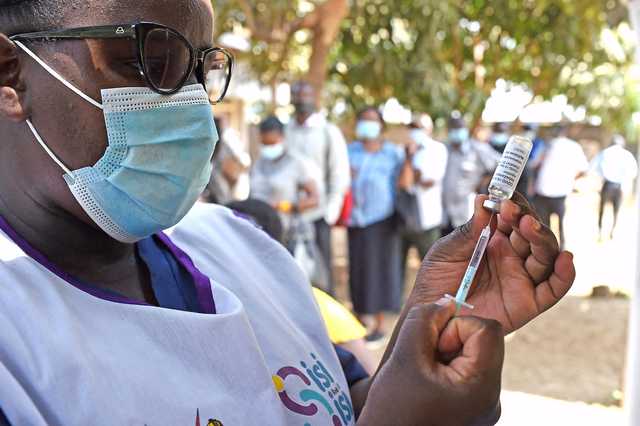 The International Monetary Fund (IMF) in its October Regional Economic Outlook for Sub-Saharan Africa, One Planet, Two Worlds, Three Stories, released Thursday, shows immunization in sub-Saharan Africa has been slower than in other regions due to poor access. and the provision of vaccines.

The IMF outlook shows that export restrictions imposed by major vaccine-producing countries and requests for recall in advanced economies have slowed the vaccination rate on the continent. Only three percent of the population have been fully immunized, compared to nearly 60 percent or more vaccinated in developed economies.

“On Covid-19, the threat of new variants highlights the need for a global response, with particular emphasis on unvaccinated populations in Africa.

“The IMF has proposed a plan to immunize at least 40 percent of the total population of all countries by the end of 2021 and 70 percent by the first half of 2022,” the report said.

The pandemic has exacerbated pre-existing vulnerabilities and inequalities in countries, and inflation threatens to undermine gains made in food security, which could lead to social and political instability.

IMF Africa Department Director Abebe Selassie said if the pandemic persisted, a return to normal would not be easy.

“In the absence of vaccines, lockdowns and other containment measures have been the only option to contain the virus.

At 3.7% this year, the recovery in sub-Saharan Africa will be the slowest in the world, as advanced markets grow by more than 5%, while other emerging markets and developing countries grow by more than 6%, ”a said Mr. Selassie. .

Rises in commodity prices have also helped some countries, but these windfall gains are often volatile and cannot substitute for more sustainable sources of growth.

With an estimated 30 million people living in extreme poverty, the crisis has worsened inequalities between income groups as well as subnational geographic regions.

The report says growing debt vulnerability remains a cause for concern and that many governments will need to undertake fiscal consolidation.

Half of low-income countries in sub-Saharan Africa are either over-indebted or at high risk.

And more countries could find themselves under pressure in the future, as debt service payments represent a growing share of public resources.

Inflation Mania: 2 growth stocks that benefit from the boom in car prices