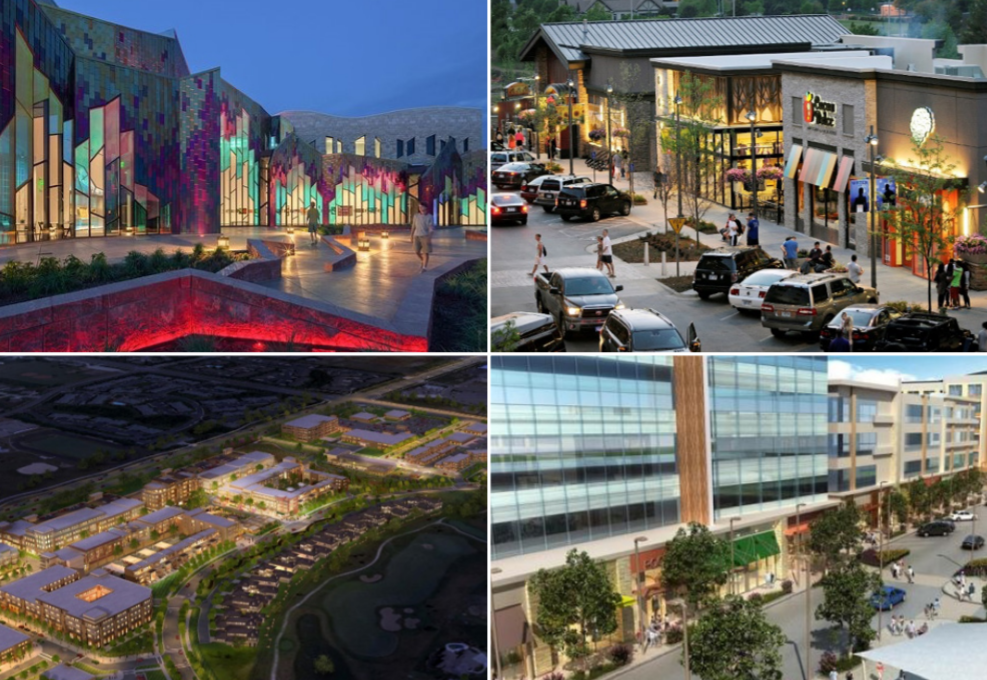 TOPEKA — The Overland Park retail, office, hotel and residential development attached to the Prairiefire Museum is struggling to attract out-of-state tourists and could default on bond debt $64.8 million issued under a state economic development program overseen by the Legislative Assembly.

Legislature auditors said their analysis of the PrairieFire project built with capital raised through the 2012 issuance of sales tax bonds, or STAR bonds, indicated the project was not generating enough tax revenue. of sale to repay the debts within the required 20-year period. . Originally, $64.9 million in bonds were issued for the project. Debt still to be paid: $64.8 million.

Auditors predicted it would take until 2046 or 2104 to produce sufficient sales tax revenue to retire the PrairieFire bonds held by the city of Overland Park.

“They’re in danger of default,” said Andy Brienzo of the Legislature’s audit division. “We can’t say that definitively. There is an additional development that should occur.

Bob North, general counsel for the Kansas Department of Commerce, said he didn’t share the listeners’ skepticism, but also couldn’t guarantee the success of Prairiefire, which includes a museum for traveling exhibits of natural History. The Commerce Department has approved 19 STAR bond projects since the 1990s for Atchison, Garden City, Salina, Wichita, Topeka, Goddard, Manhattan and other cities.

He said the museums, racetracks, sports facilities and other venues built with $1.1 billion in bond proceeds were intended to improve the quality of life for Kansans and attract tourists to the state. He said the purpose of STAR bonds was not simply to generate tax revenue.

“If they were, we’d take our money and build a bunch of Walmarts,” North said. “The goal of STAR bonds is to create attractions that will bring visitors to the state.”

The House and Senate Commerce Committees this week invited the Kansas Legislative Post-Audit Division to present the findings of a 2021 audit of STAR bond initiatives. Auditors found only three projects outside of the Village West mega-development in Wyandotte County that met the goal of increasing tourism.

“STAR bonds are a very, very effective and strong economic development tool,” North said. “They worked well in most cases. I’m not going to tell you that every project is perfect.

Rep. Kristey Williams, a Republican from Augusta, said she was disappointed with the quality of information submitted to the state by STAR bond recipients.

“When we look at the annual reports that have been submitted to the Ministry of Commerce,” she said, “some of them don’t give real data. He could say that visits have increased by 30%. Well, 30% from what figure? »

Sen. Jeff Pittman, D-Leavenworth, said legislative auditors’ assessment of STAR obligations was “a particularly narrow assessment.” It was based on estimates of foreign visitors and documentation of sales tax revenue, but did not take into account other evidence of economic development such as the multiplier effect of these new businesses, he said. .

“I have some issues with some of these things,” Pittman said.

The latest annual STAR bond report submitted to the Legislature by the Department of Commerce highlighted the success of Children’s Mercy Park, home of the Sporting Kansas City professional football team. It has become one of the main tourist destinations in the state.

To build the MLS soccer complex, $150 million in STAR bonds were issued in 2010. This debt was repaid in less than seven years.

Jake Reid, president and CEO of Sporting Kansas City, said the franchise has seen significant benefits from the STAR bond law and public-private partnership with the unified government of Wyandotte County and the state of Kansas.

“We’re the second smallest market in our league, but we often outperform our weight class in terms of on-field results as well as commercial results,” Reid said. “On average, we drive over 600,000 people a year through Children’s Mercy Park.”

UN chief calls for US-China negotiations on trade and technology