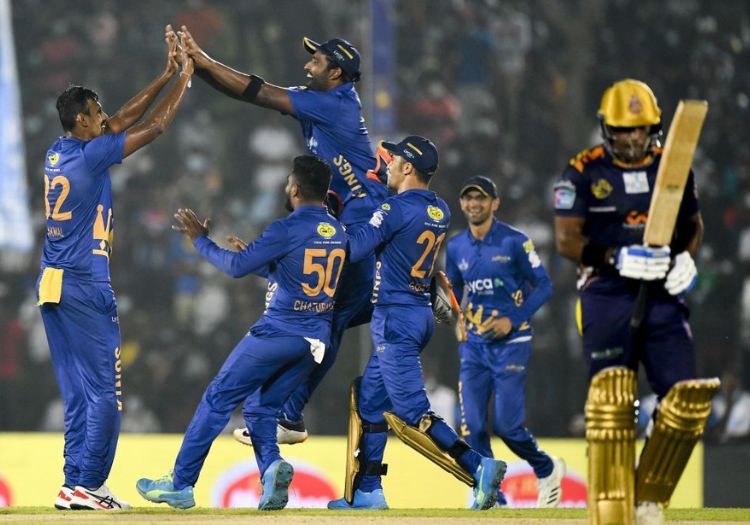 Lanka Premier League 2022: the economic crisis leads to the postponement of the tournament

The third edition of the 20+ competition was due to start later this month, but will now be staged later in the year once the situation subsides.

The Lanka Premier League has been postponed due to the current economic crisis across Sri Lanka.

The country has been plunged into political turmoil after months of long power cuts, food and fuel shortages and runaway inflation.

Gotabaya Rajapaksa resigned as president after being forced to flee his residence after protesters stormed the property.

The third edition of the five-team LPL was scheduled to take place between August 1 and August 21. Sri Lanka’s one-day international series against Pakistan was even scrapped to accommodate the tournament.

It is hoped that the tournament will return later in the year if the economic problems ease.

A statement read: “Sri Lanka Cricket (SLC) wishes to announce that the Lanka Premier League 2022, which was scheduled to be held from 1-21 August 2022, will be postponed, with immediate effect.

“This decision has been made by the SLC, following a request made by Innovative Production Group FZE (IPG), the tournament rights holder, who cited the current ‘economic situation’ in the country as not being not conducive to hosting the tournament.”

Please ensure that all fields are completed before submitting your comment!

Construction Progress of the Central Zone of the Silk Road Economic Belt_英语频道_央视网(cctv.com)

Our plan puts Tasmania on track for continued economic growth