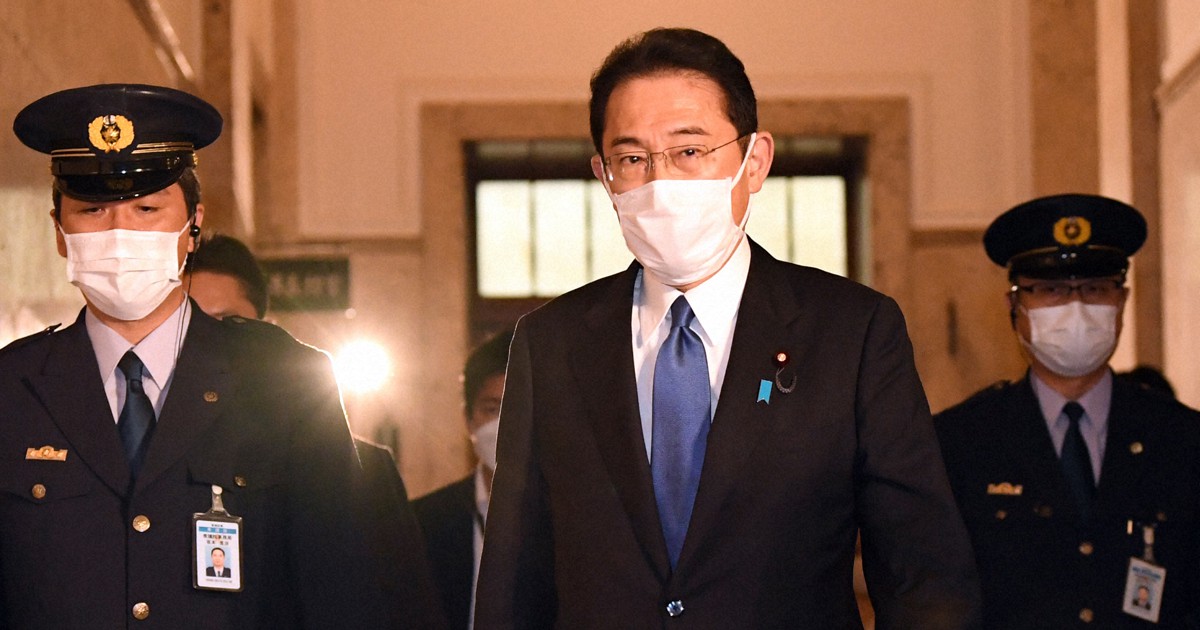 TOKYO (Kyodo) – Fumio Kishida takes office as Japan’s new prime minister on Monday, forming a cabinet tasked with keeping COVID-19 under control while reviving a struggling economy as he seeks to appeal to voters ahead of the general election next month.

The former foreign minister will also seek to strengthen ties with the United States amid concerns over China’s growing assertiveness and North Korea’s recent resumption of missile testing.

Kishida, 64, will be elected prime minister by parliament in a special afternoon session as the ruling Liberal Democratic Party-led coalition, which chose him as its new leader last week, controls both chambers.

Kishida replaces Yoshihide Suga, who resigns amid criticism of his response to the pandemic.

After appointing his new Cabinet – Toshimitsu Motegi is expected to be retained as Minister of Foreign Affairs while Shunichi Suzuki will be appointed Minister of Finance and Hirokazu Matsuno as Chief Cabinet Secretary – Kishida will be officially inaugurated in a ceremony at the Imperial Palace and will hold an evening press conference.

With around 60% of Japan’s population fully vaccinated and COVID-19 cases declining, Kishida’s immediate task will be to prevent a new wave of infections while gradually lifting restrictions on social and business activities and reopening. the border to foreign travelers.

Vowing to develop an economic package worth “tens of billions of yen” in the year to face the pandemic, he also promised to reduce the disparities of wealth in a correction of course of the “Abenomics”, which has helped boost corporate profits and stock prices, but has done little to stimulate wage growth.

Like Suga and Shinzo Abe before him, Kishida stressed the importance of achieving a free and open Indo-Pacific and should continue to cooperate with the United States and other like-minded countries like Australia and India to face Beijing’s expansionist movements in the South. and the East China Seas and the tensions in the Taiwan Strait.

A moderate from a political family in Hiroshima, he vowed to advance efforts to rid the world of nuclear weapons, while arguing that Japan should consider giving the self-defense forces the ability to carry out nuclear strikes. missiles on hostile enemy bases.

It is unclear how many social changes there will be under Kishida as prime minister – he has called for further debate on whether to allow married couples to take separate surnames and is “undecided” on the legalization of same-sex marriage.

Suga’s cabinet is set to resign en masse in the morning, just over a year after its formation, after repeated declarations of COVID-19 states of emergency and poor communication from politics have knocked down its ratings. approval, with the Tokyo Olympics doing little to support sentiment.

Kishida’s first major test in power will be the general election, in which he will have to challenge his image as a low-key consensus builder who struggles to excite voters in order to secure a strong mandate to rule.

According to people familiar with his thinking, Kishida plans to dissolve the House of Representatives on October 14 and hold elections on November 7.

While the PLD and its junior coalition partner Komeito are unlikely to lose their majority in the lower house, opposition forces, including the Constitutional Democratic Party of Japan, could snatch some seats by regrouping the candidates, according to political analysts.