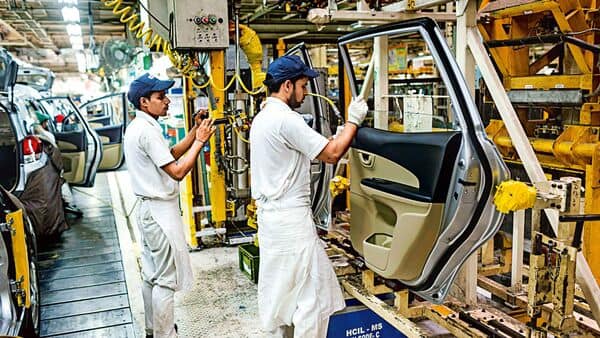 India’s economy must be prepared for a myriad of challenges

The world is going through a rather complex and painful phase. With most economies already suffering from slow growth and high pandemic-induced inflation, the recent Russian-Ukrainian war has compounded the challenges. Global commodity prices are boiling even as bottlenecks in the supply of some key food and raw materials are of concern. As growth remains a challenge, major central banks have no choice but to start tightening monetary policy to counter high inflation. India’s economy, which was on the verge of recovering from the pandemic and other national concerns, also got embroiled in this.

Recent challenges have led to a downward revision of India’s economic growth forecast for 2022-2023. With an expected gross domestic product (GDP) growth level of over 7% for the year, India is still better placed than many others. This is not to deny the challenges emerging from many sides, which, if not addressed appropriately, could lead to a further downturn. More importantly, consumer sentiment and consumer spending that has been marred by the pandemic is still weak. Private consumption, with a 55% contribution to GDP, is a big pillar of the economy. It is therefore very important that he improves. Consumption GDP improved only marginally in 2021-22 compared to 2020-21 (pre-pandemic level), while high-frequency indicators like IIP consumer goods data remain weak. On the investment front, so far, the public sector had resisted even though the private sector was wary. We can expect positive change in this area as capacity utilization levels increase. Private intention to invest has increased, as evidenced by increased data on new investment announcements tracked by the Indian Economy Monitoring Centre. However, a significant improvement in the private capital spending cycle would depend on continued improvement in capacity utilization and a stable macroeconomic environment.

The employment scenario presents a clear dichotomy. On the one hand, there is a huge demand for value-added jobs in the IT and finance sectors, which are in search of talent. On the other hand, job losses increase in the low value-added spectrum as many urban workers have lost their jobs.

Rising inflation due to high global commodity prices is another challenge. While inflation is mainly due to supply-side factors, prices rose in most categories. This dampens consumer confidence and puts pressure on producer margins. The rise in inflation based on the wholesale price index is stronger than inflation in the consumer price index, suggesting that retail prices could rise further.

Challenges on the global front have also created vulnerabilities for India’s external sector. As exports feel the effects of slowing global growth and import bills are driven by high commodity prices, India’s current account deficit is expected to widen in 2022-23. Unfortunately, the economy is also experiencing outflows of foreign portfolio investment as the US Federal Reserve prepares for further rate hikes. Even if foreign direct investment flows remain healthy, India’s balance of payments will feel the effects. This has already led to a fall in foreign exchange reserves and a weakening of the rupee. A weaker rupee can worsen imported inflation.

In a nutshell, there are many challenges at this stage for the Indian economy. However, the country is still better positioned than many other economies in this period of global turbulence. While inflation is rising in India, the rise is still not as steep as in many major economies. The abundance of liquidity has still not led to a warming of the economy. For example, in economies like the US, UK and Australia, the real estate market has warmed up. There has been a sharp spike in house prices due to ample liquidity, requiring the urgent attention of policymakers. As this is not the case in India, the Reserve Bank of India has the comfort of going slowly in its withdrawal from monetary accommodation. However, with inflationary pressures so persistent, it needs to start raising policy interest rates now and reducing liquidity in the system to make rate hikes more effective. Since inflation is mainly due to supply-side factors, monetary policy action will have its limits. But at this stage, it is important to anchor inflationary expectations to avoid a wage-price spiral.

When it comes to fiscal stimulus, limits exist as upward pressure is being put on India’s fiscal deficit by a soaring subsidy bill. The government will be wary of any further stimulus anytime soon, as the current challenges could prove to be a long-term affair. In this situation, the government will have to keep some ammunition ready for use. However, he should consider reducing fuel taxes, as high fuel inflation has significant side effects and can have a large impact on household inflation expectations. The comforting factor on the fiscal front is that tax revenues have been robust lately, giving the Indian government a cushion to move forward with its capital spending plans. This is very necessary at this stage, as private actors may still be undecided on their investment plans due to economic uncertainties. It will also lay the foundation for the long-term sustainability of the country’s economic growth as the current headwinds ease.

India’s dream of $5 trillion economy: not before FY29, IMF says