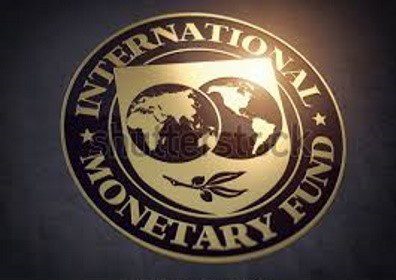 The International Monetary Fund (IMF) says that while St. Vincent and the Grenadines’ economic growth outlook “is positive”, the island is also subject to significant downside risks, mainly due to the threat ubiquitous natural disasters and the intensification of the fallout from the war in Russia. in Ukraine, driving up commodity prices.

An IMF delegation has completed a two-week mission for the 2022 Article IV consultation discussions on economic developments and macroeconomic policies.

The mission, led by economist Nan Geng, noted that the island was recovering from multiple shocks and that the authorities’ decisive policy responses, supported by two disbursements from the IMF’s Rapid Credit Facility (RCF) and financing from other international financial institutions, have helped protect lives. and livelihoods and contain economic scars.

“The outlook is positive but subject to significant downside risks, primarily due to the ever-present threat of natural disasters and intensifying fallout from Russia’s war in Ukraine leading to higher commodity prices.

She said that once the recovery takes hold, fiscal buffers should be rebuilt, including by making the fiscal responsibility framework (FRF) fully operational, to withstand shocks and strengthen fiscal sustainability.

The IMF mission chief said continued supply-side reforms to improve productivity and competitiveness and build resilience to natural disasters and climate change remain essential for sustainable growth, which is essential for the viability of the economy. public debt.

She said the pandemic and the 2021 volcanic eruptions, compounded by the impact of war in Ukraine, highlighted St. Vincent’s vulnerability to external shocks and natural disasters.

“The shocks have dealt a severe blow to agriculture and tourism, two main sectors. Proactive policy responses have mitigated the socio-economic impact of shocks and helped contain economic scars.

“Despite considerable efforts by the authorities to mobilize revenue and contain non-priority spending, critical fiscal responses to address the humanitarian and health crises, coupled with weaker economic activity, have pushed public debt to around 88% of GDP. in 2021”.

She said the recovery in tourism has been slow, with staycation arrivals in the first quarter reaching 45% of pre-pandemic levels. The war in Ukraine compounded the shocks of 2020-21 with a spike in import prices.

The IMF said post-eruption reconstruction activity, the continued recovery of tourism and agriculture and the launch of several large-scale investment projects would support real GDP growth of 5% this year.

“Growth is expected to strengthen to 6% in 2023 as major projects come into full swing. Rising import prices, particularly of fuel and foodstuffs, are expected to push inflation up to 5.7% in 2002.

Xi may use force against Taiwan amid ‘internal challenges’, Taipei official says

BIS leaders explain how cryptocurrency can be ideal for monetary systems