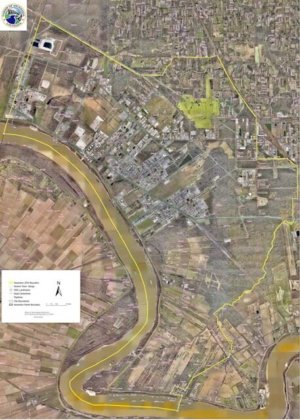 An ordinance creating a new governmental authority will be introduced tomorrow on the agenda of the parish council of Ascension. Ascension Parish Highway 30 Industrial Corridor Economic Development District, State of Louisiana aims to fund transportation infrastructure along one of the parish’s busiest highways. The creation of the development district would draw on state transportation dollars under an “equal match” to improve “any national highway” within its geographic parameters and other projects through which the district “derives a direct benefit “.

That’s according to Ascension chief executive John Diez, who spoke to the parish council’s finance committee earlier this month.

Diez, joined by attorney Adam Parker of Butler Snow LLP, explained that $13 billion is expected to be allocated by the state of Louisiana “in the relatively near future (earmarked exclusively) for infrastructure improvements.”

“(These dollars) are to be spent on public transportation per the governor’s edict,” CAO Diez said.

The western boundary of the district being the Ascension-Iberville parish line, running southeast along the Mississippi River (its center is the boundary), to Highway 22 in Darrow. The district lines return north staying west of the Gonzales town limits, taking a sharper left turn before reaching Cornerview Road.

Councilwoman Teri Casso lobbied for the inclusion of the Cornerview/Hwy 73 intersection. CAO Diez felt the intersection could be included, satisfying the district’s “in or near” provision. Butler Snow’s Parker recommended allocating funds to “something immediately adjacent” to the Development District “to be on the safe side.”

Of course, the board could expand the map. The parish council is named as the district authority in the proposed ordinance which is consistent with the enabling legislation by which economic development districts are authorized, Louisiana Revised Statute 33: 9038.32.

The statute is part of Louisiana law Funding by tax increase statutory law under which the city of Gonzales attracted Tanger Outlet Mall and Cabelas. Gonzales voters approved the TIF plan on April 23, 2005 adding “an additional authorized purpose of ‘PROMOTING ECONOMIC DEVELOPMENT’ to the lists of previously authorized purposes for the use of revenue” from two sales taxes and d existing use.

On April 21, a unanimous council passed a similar ordinance to create an Economic Development District on the West Bank. The relevant minutes of this meeting include:

All of this raises the question of how the Highway 30 Industrial Corridor Economic Development District will be funded.