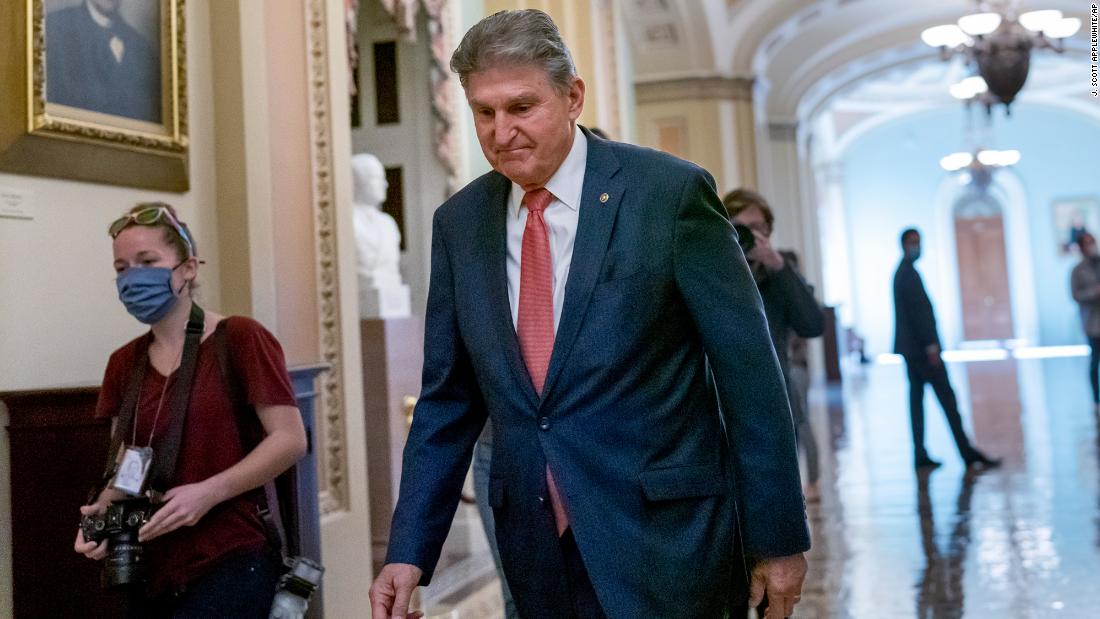 The Wall Street firm told clients on Sunday it no longer assumed President Joe Biden’s signing legislation would pass through tightly divided Congress, citing the West Virginia Democrat’s announcement that he was a “no “on the $ 1.75 trillion bill.

Citing the “apparent demise” of Build Back Better, Goldman Sachs now expects GDP to grow at an annualized rate of 2% in the first quarter, down from 3% previously.

The bank also lowered its GDP forecast for the second quarter to 3% (from 3.5% previously) and for the third quarter to 2.75% (from 3% previously). He specifically highlighted the expiration of the child tax credit and the absence of other new spending that had been planned.

Goldman Sachs (SG) reiterated that future inflation reports are unlikely to help turn the tide for Build Better. The Consumer Price Index (CPI) rose 6.8% in November from a year earlier, the biggest 12-month jump in 39 years.

“With the headline CPI hitting 7% over the next few months in our forecast before it starts to decline, the inflation concerns that Senator Manchin and others have already expressed are likely to persist, making the more difficult passage, “Goldman Sachs economists wrote. “The omicron variant is also likely to shift political attention back to virus-related issues and move away from long-term reforms.”

The reduced chances that Build Back Better will have “negative implications for short-term consumption” but will likely have “positive offsetting effects” for financial markets, Goldman Sachs said.

Specifically, the risks of corporate tax increases have faded – and those higher tax bills would have eaten away at the bottom lines of S&P 500 companies. This is also a positive development for biotech companies. that would have been affected by $ 100 billion in price cuts under the Medicare program, Goldman Sachs said.

There is a lot of uncertainty about the fate of the expanded child tax credit which was a key part of Build Back Better and Goldman Sachs has called this issue “the most important issue for the near term outlook.”

While there is “some chance” that Congress will extend the credit retroactively, Goldman Sachs said “the chances of that happening appear to be less than at this point.”

Astate – the intersection of innovation, blockchain and virtual reality