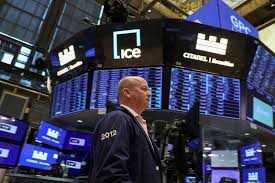 On Thursday, global equities fell to an 18-month low as investors worried that high inflation could persist, forcing central banks to continue tightening monetary policy. U.S. stocks ended a choppy session down slightly as investors juggled concerns about lingering inflation with evidence it could top. Since plunging from its all-time high in January, the S&P 500 has come dangerously close to confirming a bear market. A German warning that Russia was now using energy supplies as a “weapon” has heightened economic concerns in Europe. The STOXX 600 index fell 0.75% across Europe. As of 5:09 p.m. ET, the MSCI World Stock Index was down 0.69% (21:09 GMT).

Oil prices settled mixed on supply fears due to the impending European Union ban on Russian oil. Brent crude fell 6 cents to settle at $107.45 a barrel. WTI crude rose 42 cents, or 0.4%, to settle at $106.13. The U.S. Department of Labor said the producer price index for final demand rose 0.5% in April, slower than the 1.6% rise in March, as rising utility costs energy products moderated.

Consumer price inflation slowed to an 8.3% year-on-year rise in April from March’s 8.5% pace, but beat the 8.1% forecast by economists. “It’s been a tough time for financial assets since the Fed raised rates…and the ensuing strength in the U.S. jobs market and CPI data heightened concerns about the extent of the task facing the Fed,” the analysts at ANZ Bank wrote.

The rout continued in the cryptocurrency markets, with the collapse of the so-called stablecoin TerraUSD; selloff in bitcoin and a 15% drop in the next biggest crypto, ether. nL3N2X337U]Tether, currently the largest stablecoin in the world by market capitalization with a value directly pegged to the dollar, broke below its so-called “peg” to the US dollar. The global selloff has now wiped over $1 trillion from the crypto markets. About 35% of that loss came this week.