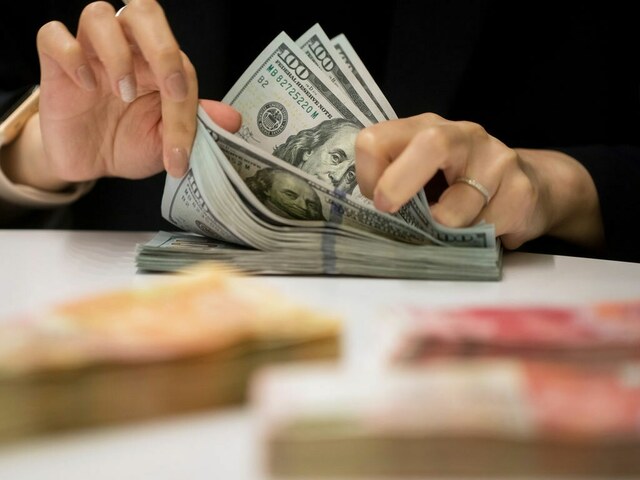 ISLAMABAD: Pakistan’s external debt and current account deficit are major economic problems and require urgent solutions for economic recovery and security; otherwise, the country could face a situation similar to that of Sri Lanka.

The Institute of Policy Reforms in its report on “What to do with Pakistan’s mountain of debt” warned that if these problems are not solved, there is every chance that the economy will default or face a crisis. Sri Lankan type. The war in Ukraine, with its attendant supply problems and inflation, is aggravating an already intractable situation. However, he regretted that the only government response so far has been more IMF loans, although it is known that the problem is not simply a lack of access to foreign aid.

Although the IMF is necessary, it is an insufficient response and guarantees that before long the country will have the same problem again. Therefore, it is essential to know why such a crisis continues to occur every few years, exacting a huge cost for the citizens, it also adds to the gloom and discouragement of the nation. He said that even an informal analysis reflects the fact that the government needs to review its entire economic policy program with a plan to avoid future crises the current account should be at the center of any substantive engagement with the IMF and for that do, the country must establish its own house in order and make difficult and delicate political choices

An agreement with the IMF is an insufficient response because the mission of the Fund is not growth and development, but rather assistance in the event of a temporary balance of payments emergency. The IMF looks at debt sustainability from a cash flow perspective. Thus, if Pakistan receives enough loans to enable it to meet these, the external payment obligations in future years, including interest and amortization (to repay past loans) will increase. This is a short-term perspective emanating from the IMF mission to help member countries meet the emergency challenges of the BoP and Pakistan, more than 20 visits to the IMF, testifies that the case of Pakistan is more durable in nature and entirely of its own making.

The depth of reforms that the country’s economy needs can only be addressed through strong and committed political leadership engaged with the people of Pakistan and working for growth and development. Pakistan has a constant trade deficit, which the country cannot close and which results from an inability to invest and produce more.

The debt level of the economy increases with a higher margin in years when the trade deficit is higher. When the economy grows by 2-3%, exports and remittances from Pakistan are sufficient to cover most imports, but when the economy grows by around 3-5%, additional loans are needed to finance larger imports, resulting in higher interest and amortization payments and a current account crisis. The same thing happens when the price of essential imports such as energy and food suddenly increases and the crisis imposes a high cost on the economy from which it takes years to recover.

The sum of the infrastructure, human resources and institutional assets of the economy is good for the economy to grow by up to 3%. Problems arise when he wishes to grow at a higher rate. In short, the economy has not accumulated enough capital for high growth. Obviously, a growth rate of 2-3% is not an acceptable target for the economy.

The report also highlighted the causes of the country’s economic crisis with short and medium term recommendations and said that so far the government’s only response is to request more loans from the IMF, which does not is not enough because in this way Pakistan will never come out of the problem because between 2015 and 2021 external debt increased by more than 200% while interest and principal payment increased by 250% while exports only increased by 3%. How the country would repay the debt with such weak export growth.

The solution is that policymakers need to get serious and the IPR recommended that each year the government set targets for budget and current account deficits and cut its coat accordingly, in addition to earmarking some of the $30 billion transfers of funds to the repayment of the external debt, by limiting imports. .

In addition to indirect taxes, the government must increase direct taxes and reduce exemptions and the country must seek debt relief from international creditors. In fiscal year 2021, 38% of federal spending repaid only interest on domestic and foreign debt, which accounted for 78% of federal revenue. Most of the other expenses were covered by loans.

Until exports increase significantly through the production of more goods, he must remove all imports of non-essential goods and conduct an item-by-item review to find domestic substitutes for them and quickly put certain items into production with incentives.

In addition to a Saudi facility for deferred oil payment, the country can request the same from Qatar. Restrict portfolio investment and end the volatility and resource shift it causes and gradually start accessing external debt to finance only projects that create GDP and export growth. If more than 70% of the new debt is consumed, the crisis will never go away. Getting out of the crisis would not be quick or easy, it would be a gradual process also aided by some medium-term measures such as making the electricity sector more sustainable and reliable.

According to the report, the IMF estimated Pakistan’s gross foreign financing to be $35.068 billion in the financial year 2022-23. The IMF gives its estimate of the financing that Pakistan has already arranged at $33.450 billion. Of the 33.450 billion “available financing”, estimated FDI is 3,063 million dollars. The remaining $30,259 million, or 91%, is debt to private and official creditors. The IMF estimates the balance to be $1,618 million, most of which would be financed by the IMF. The balance of $533 million will be the depletion of reserves. The main consideration for the IMF in analyzing the sustainability of Pakistan’s BoP is the amount of external debt that Pakistan will receive.

The report notes that Pakistan needs to exercise more rigorous surveillance on debt sustainability. Our debt levels and our annual service must support the objectives of economic stability, growth and development. The raison d’être of the IMF is to provide temporary short-term balance of payments assistance to deal with a crisis. It assumes that the recipient economy will undertake reforms to prevent such a crisis from happening again. But Pakistan has not made these fundamental reforms. His particular crisis is of a permanent nature.

Pakistan should not look at the situation from the perspective of the IMF ensuring that creditors are paid, but from what is good for the government’s finances.

The agreement of the IMF is necessary without which the country can default. Yet how long we can pile up debt upon debt at enormous cost to the welfare of citizens is for government to carefully consider.

External debt must fund projects that create GDP and export growth to allow the economy to repay. If more than 70% of the new debt is consumed, the economy cannot afford to pay it back. This is a simple measure that most village elders understand well. The amount spent on interest on domestic and foreign debt alone (no repayments) represents 38% of total federal government spending. Over the past three fiscal years, we have spent between 78% and 103% of net federal revenue on interest payments alone. Most other expenses are covered by debt. We have accumulated debt upon debt. This approach may serve the interests of the elite, but the economy cannot go on like this.