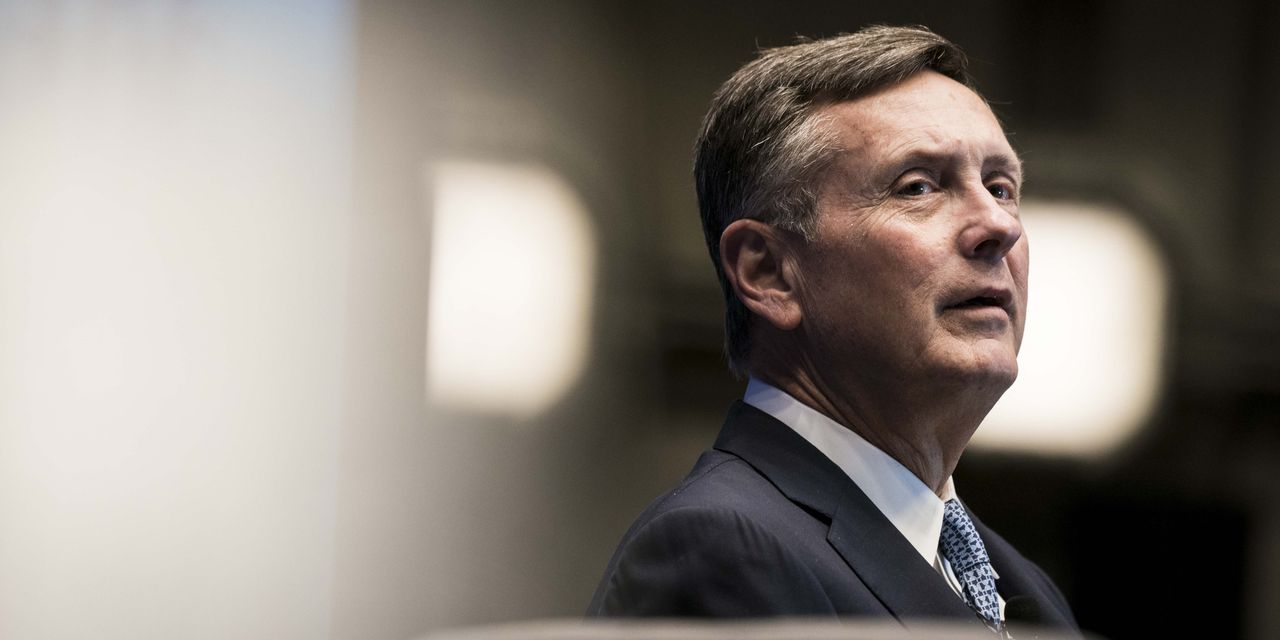 Significant fiscal stimulus this year is accelerating the economic recovery so that the Federal Reserve can consider raising interest rates near zero by early 2023, a senior official said on Wednesday. of the central bank in a speech.

Fed Vice Chairman Richard Clarida has said he expects, based on his current inflation and employment projections, “the start of policy normalization in 2023 to be … quite consistent with our new flexible framework for targeting average inflation “.

While Mr. Clarida is unlikely to be at the Fed at that time â€” his term on the board expires at the end of January â€” his comments are remarkable because his views are likely shared by a number of other officials at the Fed. Fed and because of its role in shaping the current policy direction of the central bank.

Mr. Clarida was one of the main architects of the new Fed policy framework unveiled a year ago by Fed Chairman Jerome Powell. This framework calls on the central bank to look for periods of inflation slightly above its 2% target to compensate for past failures of the target.

The Fed’s framework was not designed for an environment like the current one, where prices are rising due to bottlenecks and supply shortages associated with the reopening of the economy after the Covid-19 pandemic . This made it difficult for the Fed to not only forecast inflation, but also to clarify how it plans to respond to incoming data on economic growth, unemployment and inflation.

In September 2020, the Fed said that as long as consumer and business expectations for future inflation remain stable, it will keep interest rates close to zero until inflation is “on track to exceed moderately 2% for a period of time “and until the labor market reaches the conditions associated with maximum employment.

Mr Clarida prefaced his remarks by saying that rising interest rates are “certainly not something on the radar screen right now”, but he said if his outlook for inflation and unemployment come true, then the Fed’s thresholds for raising rates â€œwill have been reached by the end of 2022.

At their meeting in June, 13 of 18 Fed officials predicted they would hike interest rates near zero by 2023, with most expecting to hike their benchmark rate by 0.5 percentage points. percentage. Seven is expected to hike rates next year. In March, most officials expected rates to remain stable until 2023.

These projections are not the result of a committee debate, and they can sometimes provide an incomplete picture of where the center of gravity of the rate-setting committee is. Mr. Clarida’s comments provided more detail on these projections by explaining the conditions and analysis behind when and why rate increases might be appropriate.

The Fed cut interest rates to near zero in March 2020 and bought $ 120 billion a month in treasury bills and mortgage securities to further stimulate the economy. Officials debated last month how and when to start reducing the pace of those purchases, and Mr Clarida said on Wednesday he could see the central bank announce a reduction in the pace of purchases later this year.

The Fed’s new framework aims to solve the problem the central bank faces of having less leeway to stimulate the economy once interest rates are lowered to zero, sometimes referred to as the ‘effective lower bound’ or “ELB”. In his speech, Mr Clarida pointed to an explosion of fiscal stimulus this year, which many Fed forecasters failed to take into account when they released their interest rate forecasts for the second half of 2020.

â€œIt is important to note that while the ELB can be a constraint on monetary policy, the ELB is not a constraint on fiscal policy, and an appropriate monetary policy in our new framework, for me, must – and can certainly – incorporate that reality, “he said. Mr. Clarida said this year’s fiscal policy, including over $ 2 trillion in excess savings that was not spent by households,” can fully compensate for this constraint “.

Inflation has accelerated this year as the economy faces supply chain bottlenecks and material shortages. The Fed’s preferred inflation indicator, excluding volatile food and energy categories, rose 3.5% in June from a year earlier, compared to a 3.4% increase over one year in May.

Mr Clarida said he expects inflation to come down next year, but expects it to continue to slightly exceed the Fed’s 2% target.

â€œI continue to believe that these imbalances are likely to dissipate over time as the labor market and global supply chains adjust and, most importantly, without putting persistent upward pressure on corporate inflation. price, productivity-adjusted wage gains and the 2%. longer term inflation target, â€he said. Mr Clarida said he believes the risks of inflation above what he currently forecasts are greater than the risks of inflation below his forecasts.