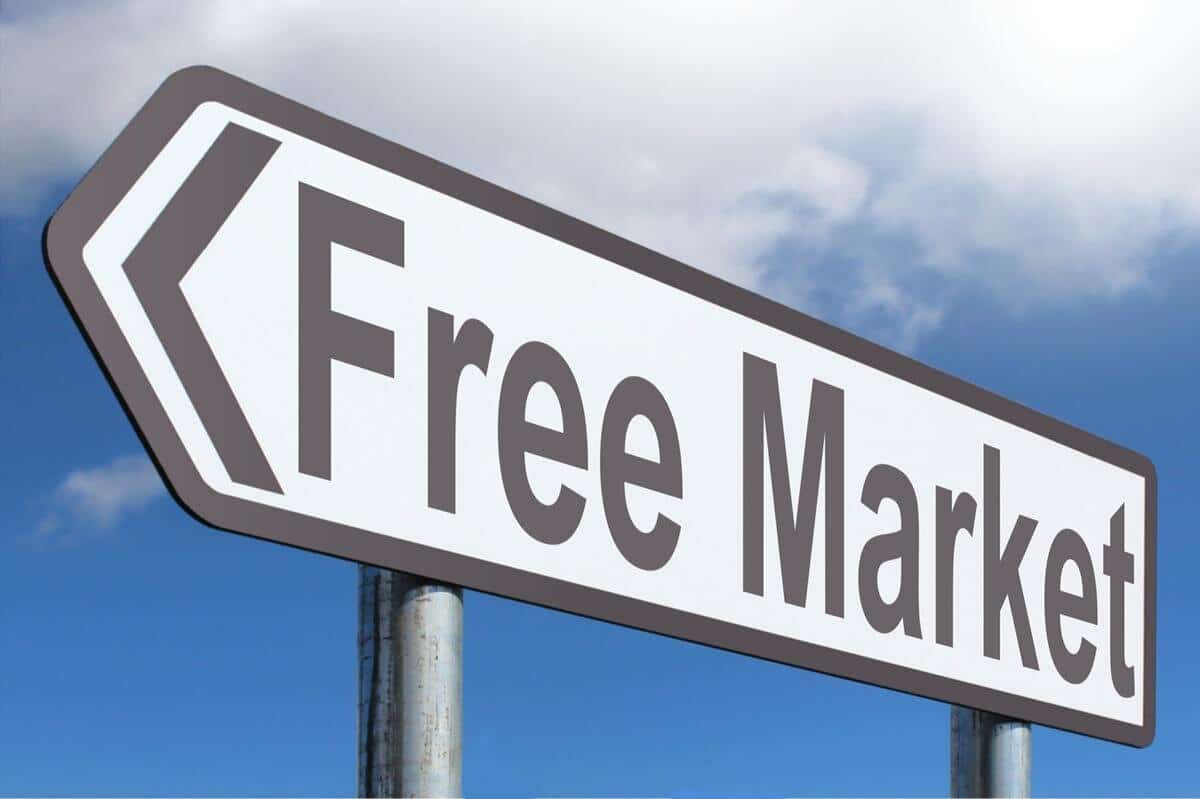 The failure of the currency auction system and the bloated backlog provide insight into how the government’s obsession with control and manipulation is diminishing any hope for sustainable economic growth in Zimbabwe.

The chasm between the market exchange rate for foreign currencies and the manipulated auction or interbank rate tells a story of denial and its consequences for ordinary citizens and businesses. Currently, there are varying prices for the currencies with the bidding rate set at US$1: ZW$325 while the interbank rate is trading at ZW$312. On the open market, the rate accelerated to ZW$580 for e-money and ZW$500 for cash (Zimbabwean dollar). Mobile money and foreign currency accounts (FCA) payments also result in different exchange rates on quotes.

There has been sustained over-regulation of the economy, with the government creating hundreds of regulatory instruments (SIs) and playing exaggerated roles in various economic sectors such as energy, agriculture, mining, banking , media and broadcasting, telecommunications, health and transport services, among others. These roles are often conflicting ranging from legislation, regulation, business ownership (competitor/supplier), consumption, financing and tax collection, all at the same time or in the same sector. The economic growth observed at the end of the 20e century by Asian countries such as South Korea, Taiwan, Singapore, Hong Kong, Indonesia, United Arab Emirates (UAE), Qatar, China and Malaysia cannot be explained without the role of market economy in these countries. Free market policies enabled these economies to close the gap with the economic giants of yesteryear such as the United States, Germany, France, Italy and Russia in less than 50 years. Free market policies have demonstrated that a country can be an economic power regardless of its limitations in natural resources, land area, or population size.

Despite entrenched fears about market liberalism, the government managed to unbundle the inefficient Postal and Telecommunications Corporation (PTC) in 2000 to form NetOne (mobile telecoms), TelOne (fixed telecoms) and Zimpost (postal services). Shortly after, private players (Telecel, Econet, Africom and TeleAccess) were made redundant. A host of other private sector investors have also secured licenses for fiber optic technology, internet service delivery and mobile finance. Today, the telecommunications sector is a highly competitive, multi-billion dollar industry that contributes almost 10% of Zimbabwe’s GDP and is highly integrated with financial services. The sector has produced innovations in mobile payments, Internet and data services that have improved financial inclusion in the most remote regions of the country, created jobs and lifted thousands of people out of extreme poverty. Zimbabwe’s payments ecosystem is one of the most digitized in Africa, with over 97% of domestic payments made electronically. Free market policies could have been instituted in the foreign exchange market, in agriculture, power generation, broadcasting, rail transport, aviation and grain marketing, thus unlocking multiplier effects on the economy. economy as a whole in terms of business growth, direct and indirect job creation, tax revenue. and innovation.

The absence of an efficient foreign exchange market has been going on for decades, with the central bank firmly determined to control the exchange rate while financing various quasi-fiscal operations that increase the money supply and cause inflation. The current foreign exchange allocation system is not an auction market because it does not follow the basic principles of a Dutch auction market. Amounts to be auctioned are never communicated in advance, settlement is not made within 2 days, allocations to winning bidders are only partially made, and selected bidders skip the settlement queue before previous winners. Over the past 3 years, two economic constraints have persisted. These are high levels of inflation and shortage of foreign currency in the formal market. This is despite the fact that Zimbabwe received just under US$9.7 billion in foreign exchange earnings in 2021, up 54% from the 2020 figure of US$6.3 billion. Total export earnings in 2021 jumped 38% to more than $6.10 billion from $4.43 billion earned in 2020, while international remittances grew more than 40% to reach $1.4 billion last year.

Despite year-on-year growth in foreign exchange earnings since 2009, the country is stuck in man-made foreign exchange shortages. The pressure on foreign currencies is caused by an unprecedented depreciation of the local currency and the need to preserve value. Similarly, banks and exchange offices are not free to buy or sell foreign currencies at market rates. This means that exporters and currency holders bypass the formal market and feed the alternative market. To finance the auction platform and clear arrears, the central bank relies on the debt of institutions such as the African Import and Export Bank (Afreximbank). The central bank would not need to accumulate more debt on the country to support the auction system if the exchange rate was determined by the market, because exporters and holders of foreign currencies would voluntarily liquidate the forex on the formal market.

Interest from foreign investors and net inflows into the local market have declined due to tight exchange controls, in particular restrictions on the repatriation of dividends and capital. Foreign investors have to wait months for a portion of their dividends to be approved on the auction system and queued for payouts. The same goes for local investors who import raw materials and equipment. In June 2020, the government suspended the Zimbabwe Stock Exchange (ZSE) and delisted various trading desks in order to force pension funds to invest in government securities and enforce rate stability. The country’s foreign exchange regulations have been a pain for most investors looking for formal channels to repatriate dividends. Ultimately, potential investors are investing elsewhere on the continent where exchange rate losses are minimal, capital flows are unlimited and policies are business-friendly.

Zimbabwe previously had a thriving commodity exchange (COMEZ), which was shut down when the government gave the monopoly to buy and sell maize, soybeans and wheat to the Grain Marketing Board (GMB) in 2001. This means that there is no open market access. for farmers since cereal prices are set by the government, which becomes the sole buyer of cereals. Some farmers have also fallen prey to contracting companies that set very low prices to contractual or politically connected intermediaries who defraud them of their products. Government interventions in fixing producer prices in the declining local currency have also discouraged production and encouraged parallel marketing of agricultural products. Due to excessive regulation, banks and private financiers shun agriculture while owners of land leased by the government do not develop the land. The country now depends on other African countries and other global suppliers such as Brazil and Russia for food security by importing grain and related products worth $1 billion a year.

Privatization has remained more of a rhetoric with limited political will to see a turnaround in the affairs of state-owned enterprises. Political objectives have become a priority at the expense of the urgent need to resuscitate SEPs for economic growth. Political interference and bureaucracy remain toxic in privatization negotiations and in the operations of various state entities. Ideally, privatization transactions would have been handled through the independent Public Entity Restructuring Agency (SERA) to avoid the line ministry sabotage that is evident on commercial entities. Political risk in most public entities slated for privatization remains extremely high. For privatization to succeed, political will is needed to remove excessive government control (and thus curb corruption). Very few investors would be interested in investing in highly indebted assets where political and legal risks abound. Political interference leads to myopia in policy formulation or implementation, bureaucracy in licensing or permitting new entrants (blocking of competition), lack of transparency, artificial shortages, mismanagement and inefficient delivery of public goods and services.

Free market policies require strong institutions such as the rule of law, protection of property rights, contract enforcement and an independent judiciary. It is true that there are no pure market economies in the world (even in first world countries), with most countries practicing varying levels of mixed economy. However, the degree of freedom in the economy is positively related to the growth of private sector investment and economic prosperity. The overregulation of the economy has started the road to economic recovery in Zimbabwe. There is more reason than ever to let free market policies lead in order to reindustrialize the economy, attract investment, broaden the tax base, create jobs and reduce levels of extreme poverty. in the country. This does not mean that the government fulfills its main responsibilities of providing a secure and stable business environment, providing public goods and managing the negative effects of economic growth such as pollution or environmental degradation. , among others. First World countries and the Asian Tigers (Hong Kong, Taiwan, Singapore and South Korea) have demonstrated time and time again that political goals and the provision of public goods can still be achieved in an economy with free market policies that promote business growth.

Victor Bhoroma is an economic analyst. He holds an MBA from the University of Zimbabwe (UZ). Comments: email [email protected] or Twitter @VictorBhoroma1.