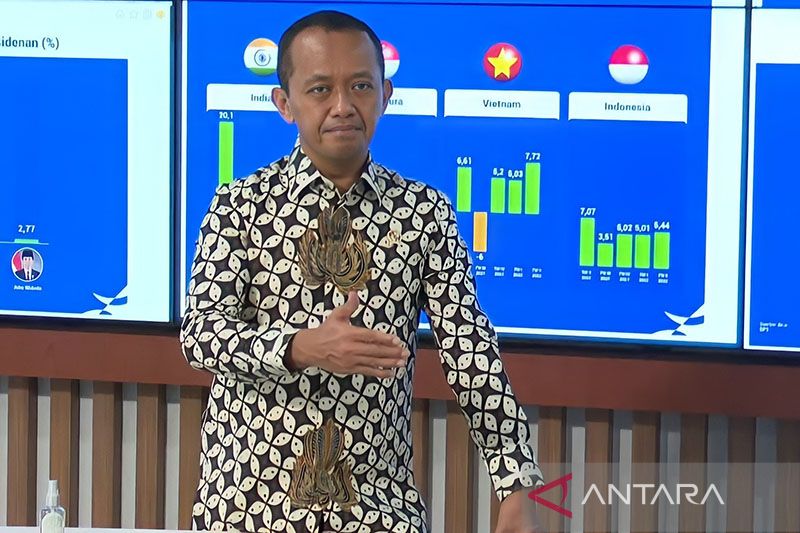 Jakarta (ANTARA) – Everyone must contribute to keeping Indonesia’s positive economic growth and the current level of inflation well under control, especially as the COVID-19 pandemic is not yet over, said Investment Minister Bahlil Lahadalia.

“We are already on the right track. If we are able to maintain it, economic growth will be even better. The government is there to encourage the business sector to create jobs,” he said in a written statement. published here on Tuesday.

The inflation rate has been brought under control over the past seven years under the administration of President Joko Widodo, compared to the previous post-reform administration, Lahadalia noted.

In terms of expenditure, in the second quarter of 2022, household consumption increased by 5.51% (year-on-year) and contributed 2.92% to economic growth.

Household consumption is closely linked to the purchasing power of the population, which increases with the stability of income and the availability of jobs.

“The president has ordered that investments should not only focus on high technology, but also on labor-intensive investments to create jobs. Investments will increase, employment will also increase. So that’s balanced,” said the minister.

In the second quarter of 2022, Indonesia’s trade balance recorded a surplus of $15.5 billion, with exports increasing by 19.7%.

Since the first quarter of 2020, Indonesia’s trade balance has been in surplus, which has continued to increase until the second quarter of 2022. Lahadalia called it a positive impact of the downstream natural resources, which is encouraged by the current government.

“Now our exports are no longer based on raw materials alone. The downstream is on the way. Processing ends up adding value. We can already see the results,” he added.

In addition, Lahdalia informed that the greatest contribution to economic growth from the industrial sector was made by the manufacturing sector at 0.82%.

The process industry included basic metallurgy, metal products, non-machinery and equipment, as well as the food and beverage industry, which made a major contribution to the investment realization in the second quarter of 2022.

Investment realization in the basic metals, metals and non-machinery and equipment sectors amounted to Rs 48.2 trillion, or 15.9% of the total realization of Rs 302.2 trillion in the second quarter of 2022.

Meanwhile, investment realization in the food and beverage industry reached 22.4 trillion rupees or 7.4% of the total.