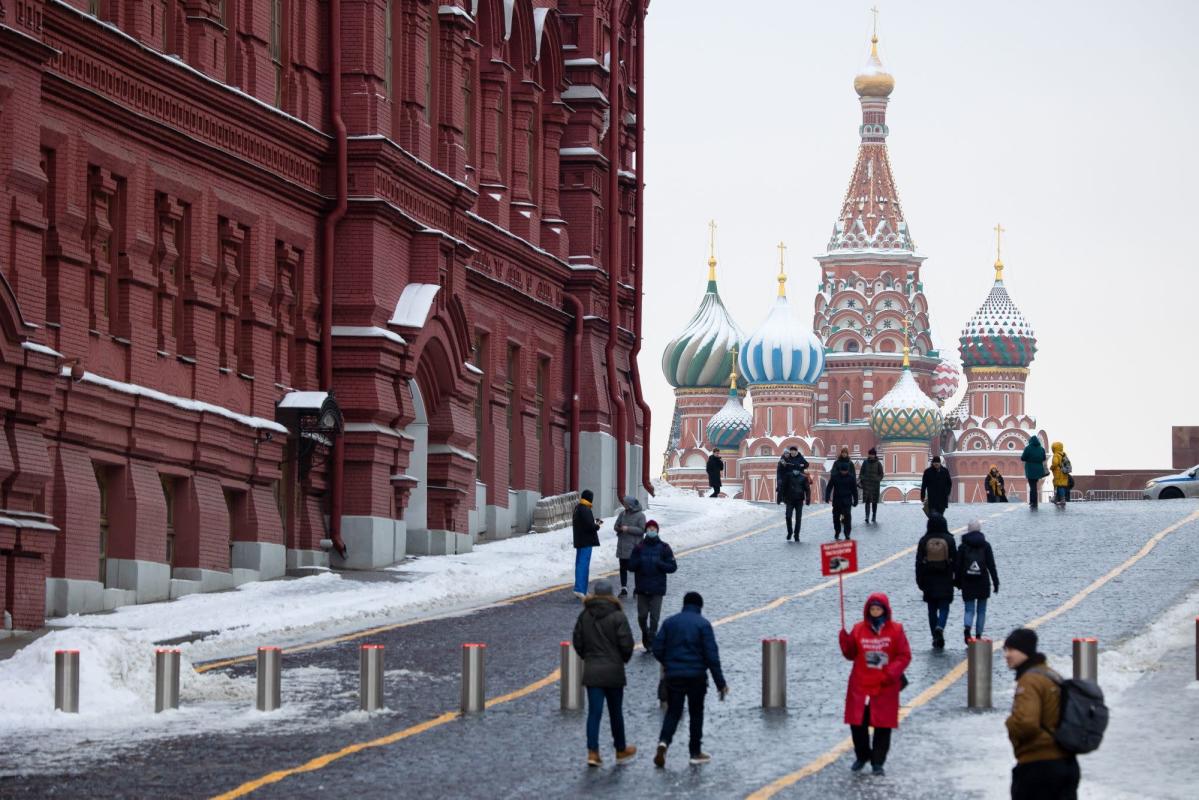 (Bloomberg) – Worries of some major European countries about economic fallout raise the risk of a split with the United States over how hard to hit Russia with new sanctions if it invades Ukraine, people say close to the file.

Western allies are united in their desire to prevent a war as they enter into high-stakes talks this week aimed at defusing tensions with Russia, warning it faces massive sanctions for any incursion. Actions that have been discussed include export controls, restricting Russia’s access to technology, and even removing it from the global financial payments system.

But while the major Western European members of the European Union in principle remain committed to providing a meaningful response, some have also voiced concerns to the United States about the potential for damage to their own economies, the officials said. inhabitants. The group is still working on economic and legal assessments of potential sanctions, they said.

European countries are also worried that Russia will retaliate, or even cut off crucial gas supplies to a continent already struggling with record energy prices. The bulk of any EU-wide response would also have to be unanimously approved by the 27 member states, a group with divergent views on Russia in general.

The United States consulted various European nations prior to talks with Russia, including what is known as Group V within the North Atlantic Treaty Organization, which involves France, Germany , the United Kingdom and Italy. He also had talks with Eastern European states.

Translating well-coordinated words into a joint agreement on some of the specific measures under consideration could prove tricky, the people said. The differences underscore the challenge the United States and its allies face as it tries to pressure President Vladimir Putin to reverse the massive build-up of troops near the Ukrainian border.

The countries discussed options such as removing Russia from Swift, the international payment system, limiting the ability of Russian banks to convert currency, and imposing export controls on advanced technologies. used in aviation, semiconductors and other components, as well as computers and other consumer goods in more extreme scenarios.

Borders could affect everything from avionics on airplanes and machine tools to smartphones, game consoles, tablets and televisions, another person familiar with the talks said. As part of some actions, Russia could face export controls as strict as those of Cuba, Iran, North Korea and Syria, which have been largely cut off from trade and commerce. global funding, depending on the person.

A former official with ties to the current US administration said it was concerning how much Germany, which just completed the Nord Stream 2 pipeline from Russia, would be on board. Angela Merkel’s recent departure as German Chancellor after 16 years also left a void in terms of a European leader who can both lead the EU towards a deal and engage directly with Putin, the person said. The Nord Stream 2 pipeline has not started pumping gas and is still awaiting regulatory approvals from Berlin and Brussels.

“We are closely coordinating our approach with transatlantic and like-minded partners,” EU foreign policy chief Josep Borrell said in a blog post on Sunday. â€œThere is no security in Europe without the security of Ukraine.

Russian and US officials are in Geneva for talks, with a Russia-NATO council meeting also scheduled this week, as well as talks in Vienna as part of the Organization for Security and Cooperation in Europe. Putin has said he is not currently planning to invade Ukraine, but also demands that NATO provide him with security guarantees.

U.S. officials are basing their hopes on common ground in talks on issues such as arms control and better communication between their militaries, according to people familiar with the plans, given that NATO guarantees that Putin’s research is failing. They are ready to explore reciprocal restrictions on strategic bombers and military ground exercises, a senior administration official said.

Still, the United States will not make any firm commitments during the talks and plans to have talks with its allies before any agreement is reached, the official added. He will not negotiate reduced troop deployments to Eastern Europe, they said, denying an NBC News report.

Deputy Foreign Minister Sergei Ryabkov dined with Deputy Secretary of State Wendy Sherman on Sunday in Geneva and told reporters initial talks were serious but issues for countries were complex. â€œIt can’t be easy. But in principle it was pragmatic and I don’t think we will waste our time tomorrow, â€Ryabkov said.

US Secretary of State Antony Blinken told ABC News on Sunday he did not expect a breakthrough this week.

Intelligence assessments and satellite images show that there are now more than 100,000 Russian troops close to Ukraine. Russia has also developed capabilities to deploy more units in a short period of time, from one to two weeks, according to a military assessment seen by Bloomberg. Russia has shown no sign of de-escalation, officials said, and is stepping up efforts to target Ukraine with disinformation.

One of the people said a separate military assessment pointed to the possibility of Russia moving to the Donbass region in eastern Ukraine before the northern hemisphere spring, rather than a large-scale invasion from several locations.

Ukraine and Russia have been at odds since Putin responded to the 2014 Ukrainian revolution that overthrew the pro-Moscow president by seizing Crimea. Russia has also supported separatists in eastern Ukraine by sending personnel and weapons, helping to fuel a conflict that has left more than 14,000 dead.