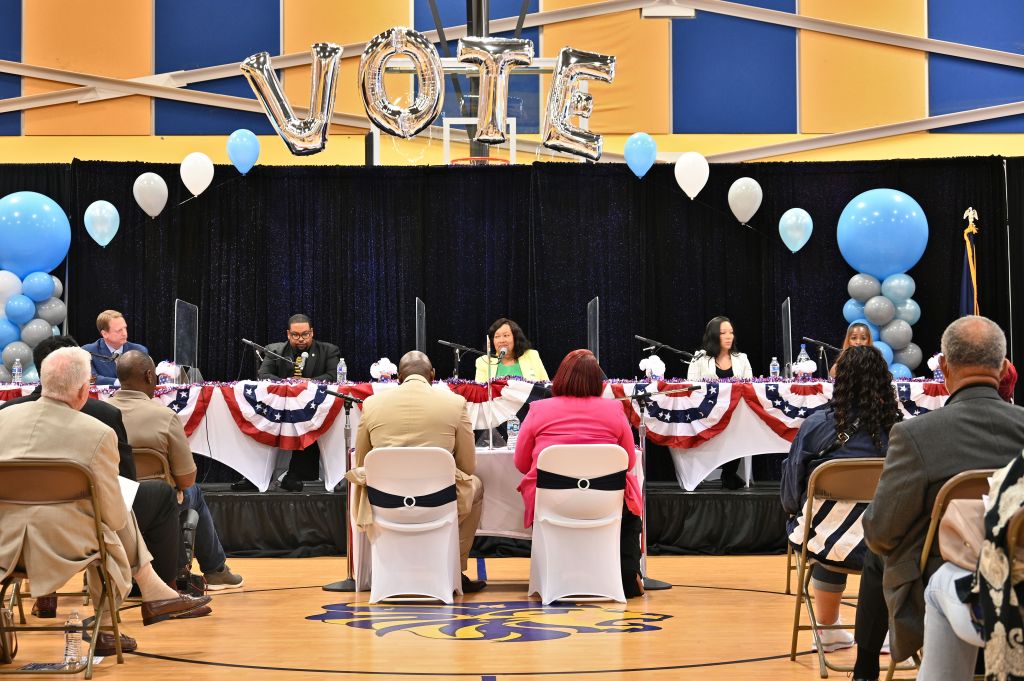 Pontiac Mayor Deirdre Waterman believes the city is booming. Its challengers believe that there is still a lot of work to be done in terms of economic revitalization, housing, city services and the citizenship of elected officials.

On July 22, Waterman, Jeremy Bowie, Wanda Denise Coates, Tim Greimel and Alexandria T. Riley participated in the Mayor’s only debate before the August 3 primary at the Pontiac Academy of Arts and Technology. The event was organized by Pontiac United and presented by the Pontiac Housing Commission.

Waterman called the present â€œa very distinct period in Pontiac’s history,â€ saying that during his tenure the city went from financial distress to surplus. She wants to continue on the â€œpendulum of successâ€, by stabilizing more neighborhoods and improving more infrastructure.

Bowie said the city had put “too many eggs in one basket,” referring to General Motors and the Silverdome. While saying that companies like Amazon and United Wholesale Mortgage are calling Pontiac home is a good thing, he pointed to the diversification of businesses.

â€œWhen that’s really your main base and you don’t build an economic foundation, when they pull out, the city is going to fail,â€ Bowie said. “When you combine that with not really investing in your children’s education, you can’t attract talent to come to your city to live and spend the money.”

Riley said re-engaging the workforce involves seeking local, state and federal funding so that roads can be repaired, streetlights work, and seniors are provided with quality programs in environments safe and modern.

â€œIt is very important that we prioritize city services that have a direct impact on the daily life and well-being of our citizens,â€ she said.

Greimel said the key to sustaining Pontiac’s renewal is a renewed interest in quality of life, including road repairs, snow removal and ensuring that all residents benefit from investments by local businesses.

He said that one of the reasons for the economic instability is the discord between the current mayor and the city council.

â€œWe need a mayor and a city council that works together with each other, as well as with the community at large: residents, civic organizations, local small businesses,â€ said Greimel.

Coates mentioned Workforce Development and Bringing People Together, as part of his Unity in Community platform.

Waterman said Pontiac experienced its biggest affordable housing boom in two decades. She said the duration of development contracts has decreased from 30 to 10 years, so services are maintained and buildings produce less rust. This has led to an increase in property values, she said.

Riley, who has a background in real estate, said Pontiac residents should be able to take the steps to achieve wealth and equity through homeownership. The city should partner with local foundations and banks to improve affordable housing opportunities, she said, as well as create a geographic information system to show landlords and tenure status.

â€œWe need to have a fair and just system at all levels,â€ she said. â€œThe tenants of the Pontiac must be sure that there will be no reprisals against them if they file a complaint. “

Greimel said the city needs to do more to attract housing investment while keeping developers and landlords to higher standards, adding that there are currently too many slums and plague. Pontiac must give tenants the means to defend themselves, he added, so that they know their legal rights and have the resources.

Whenever the city uses tax incentives, it has said it needs to require a certain percentage of housing to be affordable for the median income.

Bowie wants to create a database of owners to better understand where people are renting, coupled with tighter enforcement of the code.

â€œA lot of these owners are out of state, and they only care about the profit margin and not about people,â€ he said.

Other topics included updating the city charter; city â€‹â€‹retirees without health care for eight years; collaboration between the mayor and the municipal council; the Phoenix Center; and medical marijuana.

All the candidates qualified the health situation as unacceptable. The incumbent said she has worked for years to restore health care, publicly promising it will return in September.

“The emergency manager who removed (guaranteed retiree health care) from (city employees) was unreasonable,” Greimel said in rebuttal. “It is also inconceivable that it has taken almost eight years under the current elected leadership to begin to restore it.”

Regarding strained relations with current elected officials, Waterman said she has “kept her eyes on the prize” when it comes to the city’s policies and progress.

Bowie said that when residents observe council meetings and see internal fighting, it shines a negative spotlight on the city. He suggested having a parliamentarian at the meetings.

â€œPeople are going to disagree, it’s democracy,â€ he said. â€œBut democracy is cordial.

Riley, pledging to seek feedback from fellow council members, said working together for the betterment of the city is the foundation of respect.

â€œIt lets the rest of the community and business people, companies or external organizations know that we have a welcoming environment,â€ said Riley.

Coates said she would include weekly training for elected officials to create a more cordial government body, but did not specify what that would entail.

Before the mayoral debate, candidates from Districts 1, 2 and 4 had the opportunity to tell the public why they are running for council. One candidate from each district will win a four-year term on August 3.