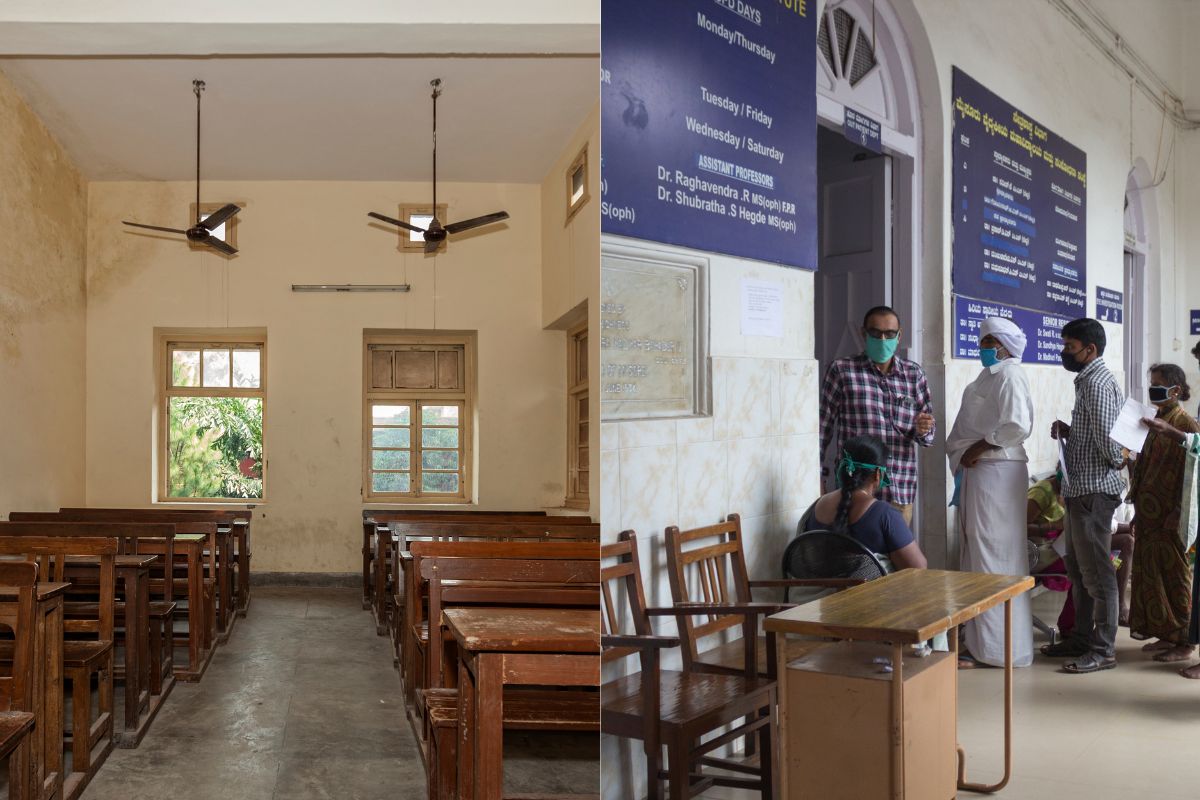 The total disintegration of the government edifice in Sri Lanka and its near disintegration in Pakistan, brought about by economic reasons, have encouraged pessimists to make gloomy predictions for India, forgetting that the Indian economy is much more robust and resilient than the economies of neighboring countries and there. there is no danger of our economy implosing in the foreseeable future. However, it is just as true that soaring inflation, rising unemployment, rising current account deficit, etc. have exacerbated the challenges facing our economy, and skillful management is needed to keep the Indian economy on track. Poverty has reached unacceptable levels; eighty-one crore people, or about 60% of our population, survive on subsidized rations provided by the government and demand for employment under the Mahatma Gandhi Rural Employment Guarantee Scheme (MGNREGS) is increasing . Then the economy failed to keep pace with our famous demographic dividend, resulting in large-scale unemployment. According to data from the Center for Monitoring the Indian Economy (CMIE), India’s employment rate was only 35.8% in June 2022, which means that only 35.8% of the population of working age in India had a job.

Unemployment peaked at 7.8%, with total employment falling by 13 million to 390 million in June 2022. With this waste of human resources, it is no surprise that we as a country are far from realizing our full potential. The CMIE report said, “The government has reduced the demand for armed personnel and opportunities in private equity-funded new world jobs have also begun to shrink”, concluding that the economy must grow much faster to solve the employment problem. Third, runaway inflation above 7 percent over the past six months has spoiled the budgets of poor households. The price increase is most pronounced in food prices; As an improvement measure, the government is considering reducing the weight of food items in the Consumer Price Index (CPI) so that the CPI does not rise as rapidly when food prices increase . Fourth, due to higher oil price and higher gold imports, the trade deficit jumped to $70.25 billion in the first quarter of the current year from $31.42 billion l last year. As a result, foreign exchange reserves are shrinking, with the dollar-rupee exchange rate approaching 80 ~ a fall of more than 8% over the past year. Much of government spending is financed by borrowing; total government debt fell from Rs 58.66 lakh crore in 2014-15 to Rs 139 lakh crore in 2021-22.

Yet seemingly unaware of the dangers lurking, the current public discourse in India is less focused on economic issues, with the exception of the government pointing to haphazard achievements to show how the country has progressed over the past eight years. The much-vaunted financial stimulus of Rs 20 lakh crore, given during the pandemic, mainly comprised concessional credits and loan moratoriums. Many small businesses went bankrupt because they couldn’t repay pandemic loans that had been used to keep body and soul together. On the other hand, big companies with deep pockets have rolled over loans at lower rates, laid off workers and lowered wages, citing pandemic demands, making huge profits in the process. According to Oxfam International’s report, ‘Inequality Kills’, the Covid-19 pandemic has had diametrically opposite consequences for rich and poor; for example, high crude prices that pushed up domestic gasoline prices resulted in windfall profits for oil refiners. No wonder, in times of pandemic, the number of Indian billionaires increased from 102 to 142 and their wealth increased from Rs 23 lakh crore to Rs 53 lakh crore. At the same time, 84% of households suffered a drop in income, with 4.6 million people falling into abject poverty.

Also earlier, the “World Inequality Report 2022” and the national PRICE survey had come to a similar conclusion, namely the emergence of an unacceptable degree of poverty and inequality in India. Decent education and health care elude most of our citizens. The coronavirus pandemic has ruthlessly exposed the rottenness of our public health care system; almost all public hospitals were terribly understaffed and had very poor infrastructure. With respect to education, despite school board results showing a record number of students achieving over 90% marks, the quality of education provided by our schools, with very few exceptions, is pitiful. The fact that the Council’s results do not reflect the true picture can be gauged by the fact that the results for the current year, when no courses were held, are better than the Council’s results before the pandemic. The rot was not unexpected as until today public schools and hospitals, established by the British a century ago, are the backbone of our public health and education systems. The government spends only 1.28% of GDP on health care and 3.1% on education, with both allocations insufficient even for maintenance, let alone improvement. A comprehensive approach to solving economic and social problems seems to be lacking. On the contrary, the government seems to be engaged in multiple firefighting drills, with an eye on optics; for example, when the prices of petroleum products rise, the government reduces excise duties but reimposes the same duty on food products, keeping inflation unchanged. In fact, high taxation and subsidies fuel a vicious cycle, where high taxes reduce economic activity, fueling the need for subsidies that require more money from the government, again leading to higher taxation.

The government could do better to focus on unemployment and the population explosion, which are the source of most of the problems. With respect to population, the National Population Policy of 2000, without a target, took the urgency out of the government’s population control efforts. The demographic statistics seem wrong; according to the National Family Health Survey (NFHS)-5, Total Fertility Rate (TFR) ~ the number of children a woman can expect to have in her lifetime ~ increased from 2 .2 (NFHS-4, 2015-16) to 2.0, below the replacement rate of 2.1. However, according to the UN’s Population Prospects report, our population is growing and India will overtake the population of China by 2023, reaching 1.5 billion by 2030 and 1.66 billion by 2050. All international agencies have made similar projections. Obviously, we need to design and implement a better population policy. The key to solving the problem of unemployment lies in promoting agriculture and improving rural infrastructure. Significantly, the agriculture sector was the only sector of the economy to weather the vagaries of the coronavirus scourge, growing 3.4% in the 2020-21 financial year. The demand for tractors, agricultural implements, fertilizers, etc. rang the cash registers of many manufacturing companies.

While overall exports declined by 7.2%, exports of agricultural products increased by 22.62%, to Rs 3.05 lakh crores, in the financial year 2020-21. That should have provided reason enough for the government to get rid of the mistaken belief that big business alone could get us out of the woods. Yet, while announcing initiatives such as the Production Linked Incentives (PLI) worth Rs 1.76 lakh crore and tax cuts of Rs 1.45 lakh crore for businesses, the government does not had that the Zero Budget Natural Farming (ZBNF) initiative, involving no budget allocation, for agriculture. Despite all the incentives offered to the manufacturing sector, the share of manufacturing in GDP has remained stagnant at 17% over the past five years, and employment in the manufacturing sector has fallen sharply from 5.1 crore people in 2016-17 to 2.73 crore people in 2020. -21. On the other hand, with a comparable share in GDP, the agricultural sector employed 14.56 crore people in 2016-17, which increased to 15.18 crore people in 2020-21. It is easy to conclude that a decent investment in agriculture can transform the employment situation. Then the unemployed can be hired to build much-needed rural infrastructure like roads, schools, bridges, airports, dams, post offices, hospitals and municipal buildings, aqueducts, sewers, streets and parks. While providing jobs, reforestation and flood control projects can also help reclaim millions of hectares of soil from erosion and devastation.

Another need is a rational and comprehensive tax policy aimed at preventing the concentration of wealth and redressing the glaring inequalities in our society ~ which would involve reducing the GST, which is an indirect tax paid mainly by the poor, and promoting the direct taxation by bringing back taxes on wealth and inheritance. As Ha-Joon Chang, the Korean Institutional Economist, said, “Once you realize trickle-down economics isn’t working, you’ll see excessive tax cuts for the rich for what they are~ a simple upward redistribution of income, rather than a means of making us all richer, as we have been told. (23 things they don’t tell you about capitalism).