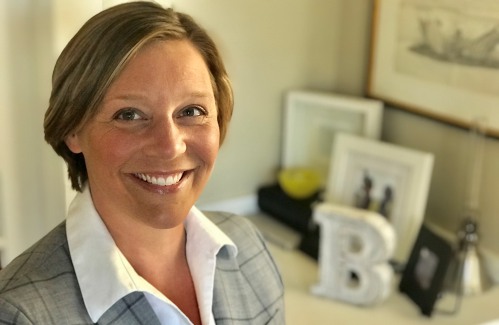 BOSTON — Lawmakers representing rural communities on Tuesday urged Baker administration officials to make sure they keep small towns in mind when it comes to economic development and job creation.

Testifying virtually before members of the Ways and Means Committee on spending contained in Baker’s $48.5 billion budget proposal for fiscal year 2023, Housing and Economic Development Secretary Mike Kennealy pointed to the programs for local town centers.

Kennealy said Baker’s (H2) plan includes $2.5 million for the Urban Agenda Grants Program, $1 million for regional economic development organizations, $250,000 to support fellows in transformative development for gateway cities, $7.5 million for community empowerment and reinvestment grants, and funds to support marketing and tourism. He described downtown revitalization as a “key recovery imperative for us” nearly two years into the COVID-19 pandemic.

“Obviously our downtowns, our main streets (have) suffered a lot of the economic damage from COVID-19,” he said. “We have a number of tools in the toolbox to help our downtown, help our municipal partners reinvent and reinvest in their downtowns and main streets.

He said the Urban Agenda program used $2.5 million in fiscal year 2022 to support 30 projects in 26 communities, and Transformative Development Initiative grantees have done a “tremendous job. “over the years that MassDevelopment has doubled the size from the program.

State Representative Natalie Blais, D-Sunderland, whose district spans 18 other western Massachusetts towns, told Kennealy after her presentation that “there was not a single mention of programs dedicated to rural communities in your slide show that I saw”.

“We have downtowns, Mr. Secretary, and these programs won’t help them,” Blais said.

Blais pointed to 2020 census figures that showed population declines in Berkshire and Franklin counties as the state’s overall population grew, and said officials with ties to rural communities had “ringed the alarm”.

“And we will continue to sound the alarm about the desperate need for specific programs and policies that will create jobs and grow business in the Commonwealth’s 170 rural communities,” she said.

Kennealy replied that his presentation “does not describe everything we do at Housing and Economic Development.” He said many other resources are available to cities through his office’s capital budget, rather than the operating budget proposal that was the subject of Tuesday’s hearing, and specifically highlighted a fund. rural development and small towns.

Kennealy said economic development officials have consolidated several capital programs into a single access point, known as Community One Stop for Growth. About a third of the grants awarded through this process went to rural towns or small towns, he said.

He said one of the goals of the streamlining was to “help make these programs easier to access for our rural and small towns who may not have a large professional staff to write many grants.” and seek numerous individual grant opportunities.

The Rural and Small Town Development Fund is one of twelve one-stop programs. Kennealy said the only One Stop program coming out of the operating budget is the Urban Agenda Grants.

While the Urban Agenda “probably stands out a bit more because we have a discussion about the operating budget,” other programs serve all communities, he said.

Blais noted that in January 2021, when Governor Charlie Baker vetoed the language in an economic development bill creating a rural employment tax credit, he wrote: “Instead of endorsing this program, I pledge to make more direct investments in rural communities, both this year under the program COVID-19 recovery plan, and in the years to come in accordance with the objectives and strategies of the economic development plan.

“These capital investments are wonderful, but they don’t create jobs in our rural communities,” said Mr. Blais. “That’s the result, and if we don’t act as a community to fuel job creation and economic development in our rural communities, we’re going to be here in 10 years, having lost more people and having an entire section of our republic left behind.

Sen. Anne Gobi, D-Spencer, said she attended an economic development meeting Monday in Sterling, a Worcester County town with a population of 7,985.

“And I can tell you that for a community of about 8,000 people, there’s a very compact downtown,” she said. “A few hundred thousand dollars goes a long way in these small communities, and it doesn’t go that far in the big cities.”

Westport Democratic Rep. Paul Schmid said he hoped “we can be as effective for the Sterlings of this world as we have been in Fall River and New Bedford.”