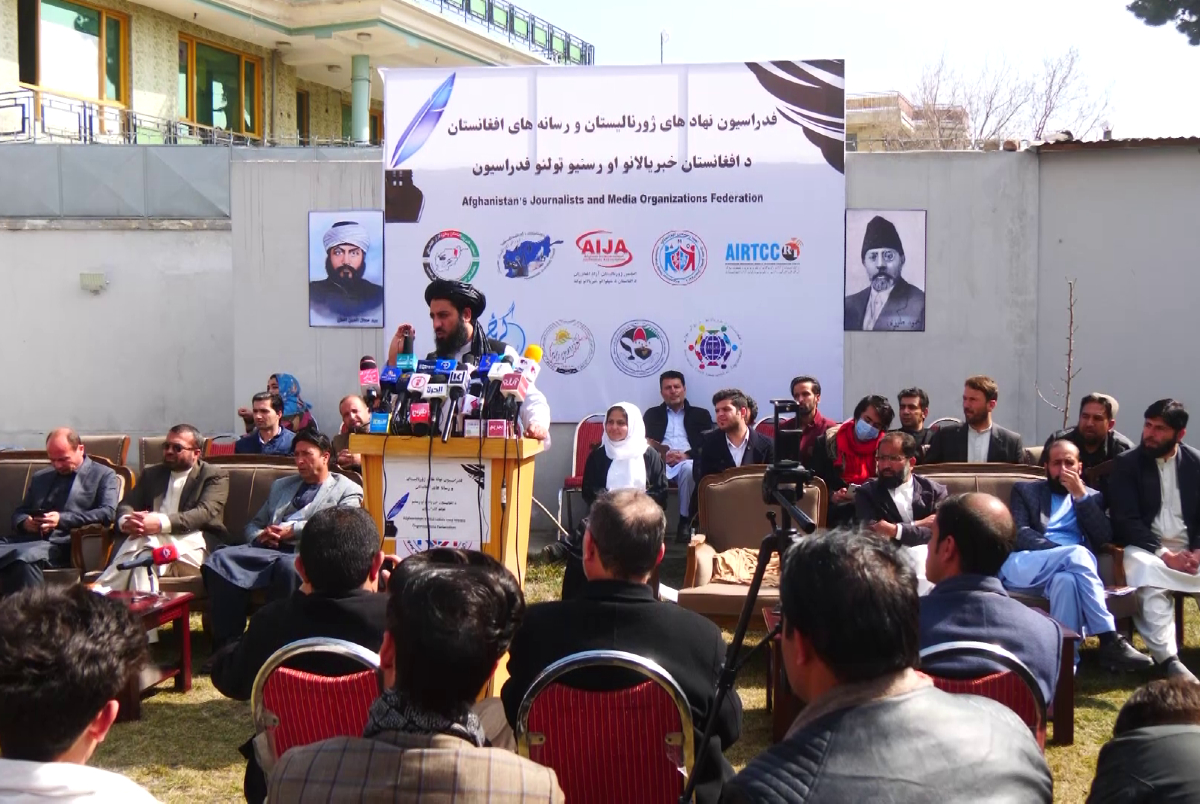 The Afghan Federation of Journalists and Media Organizations (AJMOF) has raised concerns about the economic challenges facing the media, saying that if immediate attention is not given to the financial problems of the media, no media will remain. active over the next six months in the country.

AJMOF officials at a press conference in Kabul on Monday said the media had become very vulnerable following the political change in the country in mid-August last year, facing financial challenges as well as access to information.

“Today, some media are closed and journalists are unemployed. Some journalists have changed jobs, but some have not found any job opportunities. They face problems and cannot feed their families,” said federation member Hujatullah Mujaddedi.

In a statement, the federation urged the Ministry of Information and Culture to resume the activities of the committee which investigates media-related violations and helps journalists access information.

Meanwhile, a number of journalists present at the conference urged organizations supporting journalists to be honest in their work and support for journalists.

“If the money was properly managed, today no journalist would face economic problems and many media outlets would not have stopped working,” said Mena Habib, journalist.

Ahad Tanha, a journalist, said: “The media support organizations that established the federation should give guarantees that they will not repeat the actions of previous organizations, when their officials embezzled money and also evacuated their relatives and themselves (instead of real journalists).

Federation officials said UNAMA, in a meeting with them in Kabul, pledged to support media and journalists from the $600 million fund the EU has pledged to meet. to the humanitarian crisis in Afghanistan.

“During our meeting with UNAMA about three to four months ago on how to enable the media to stand up, UNAMA officials committed to including media and journalists in their list of beneficiaries of the 600 millions of dollars that the EU provides to the people of Afghanistan,” said Hafizullah Barakzai, a senior official of the federation.

Abdulhaq Emad, head of the publications department of the Ministry of Information and Culture, told the conference that the ministry was working to resolve the challenges faced by the media. “We have to continue and wait for six months, six months only. We will get out of this crisis,” he said.

The media has been facing financial difficulties since the fall of the Republican system and hundreds of outlets have been shut down due to these issues.