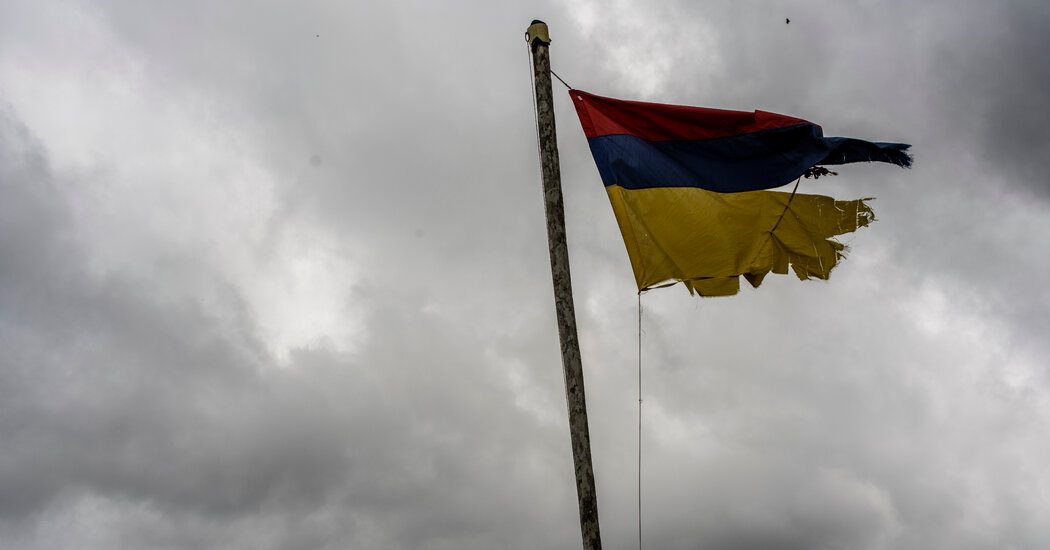 The United States believed the Colombian military was behind a wave of assassinations of left-wing activists and yet spent the next two decades deepening its relationship with the Colombian armed forces, according to newly released documents. .

The Central Intelligence Agency had evidence that the Colombian military provided a list of targets to the paramilitaries who killed 20 banana plantation workers in a high-profile massacre, the documents say, but then sent billions of dollars in aid to the Colombian government.

On Tuesday, a truth commission in Colombia will release a long-awaited report that attempts to build a detailed history of the nation’s decades-long internal conflict, in which at least 260,000 people have died.

The report, written following the country’s 2016 peace accord with its largest insurgent group, the Revolutionary Armed Forces of Colombia, is intended to be used by Colombia’s next government to create policies that bring the country towards lasting peace. This could help shape Colombia’s future relationship with the United States.

Among the themes explored in the report is the role of the US government, which has spent decades funding and training the Colombian military in its fight against the FARC and the drug economy that has funded their insurgency.

And among the evidence used to write Tuesday’s report are thousands of declassified US documents collected and organized by the National Security Archive, a Washington-based nongovernmental organization that specializes in supporting post-conflict truth commissions.

A digital library of documents will be published in August. But the National Security Archive provided the New York Times with some documents in advance. They reveal that the United States had decades of knowledge about alleged crimes committed by the Colombian military – “and yet the relationship continued to grow”, said Michael Evans, director of the Colombia project of the archives.

Particularly demonstrative, he said, are a series of CIA operational reports that are not normally available to the public, even after a request for recording.

A report, written in 1988 during a period when leftist activists were regularly killed, found that a wave of killings against “suspected leftists and communists” was the result of a “joint effort” between the intelligence chief of the Colombian Army’s Fourth Brigade and members of the Medellín drug trafficking cartel.

Many of those killed were associated with a party called the Patriotic Union. The report said it was “unlikely” that this had taken place “without the knowledge of the commander of the fourth brigade”.

Later in the document, a CIA officer talks about a 1988 massacre in which 20 farm workers, many of them union members, were killed. The CIA officer said the US government believed the assassins “obtained the names of the targets they were aiming for” from the intelligence unit of the Colombian army’s 10th brigade.

Other documents show that the United States knew that the oil companies were paying paramilitaries for their protection, and that at least one company was collecting intelligence for the Colombian army.

One company was “actively providing intelligence on guerrilla activity directly to the military,” according to the CIA, “using an airborne surveillance system along the pipeline to expose guerrilla encampments and intercept guerrilla communications “.

The Colombian army “successfully exploited this information and inflicted around 100 casualties in an operation against the guerrillas” in 1997, according to the report.

Another document, written in 2003, hints at one of the darkest chapters of the war, called the false positive scandal. In this case, the Colombian army is accused of having killed thousands of civilians during the presidency of Álvaro Uribe and of having tried to pass them off as dead in action, with the aim of showing that it was winning the war.

In recent court testimony in Colombia, former soldiers said they felt pressured to kill their fellow Colombians by superiors.

A July 2003 memo to then-Secretary of Defense Donald Rumsfeld from the Pentagon’s Deputy Principal for Special Operations celebrates a significant rise in the number of combat deaths since Mr. Uribe took office – 543 in only six months, compared to 780 in the last two years of the previous government.

The document is titled “Recent successes against the Colombian FARC”.