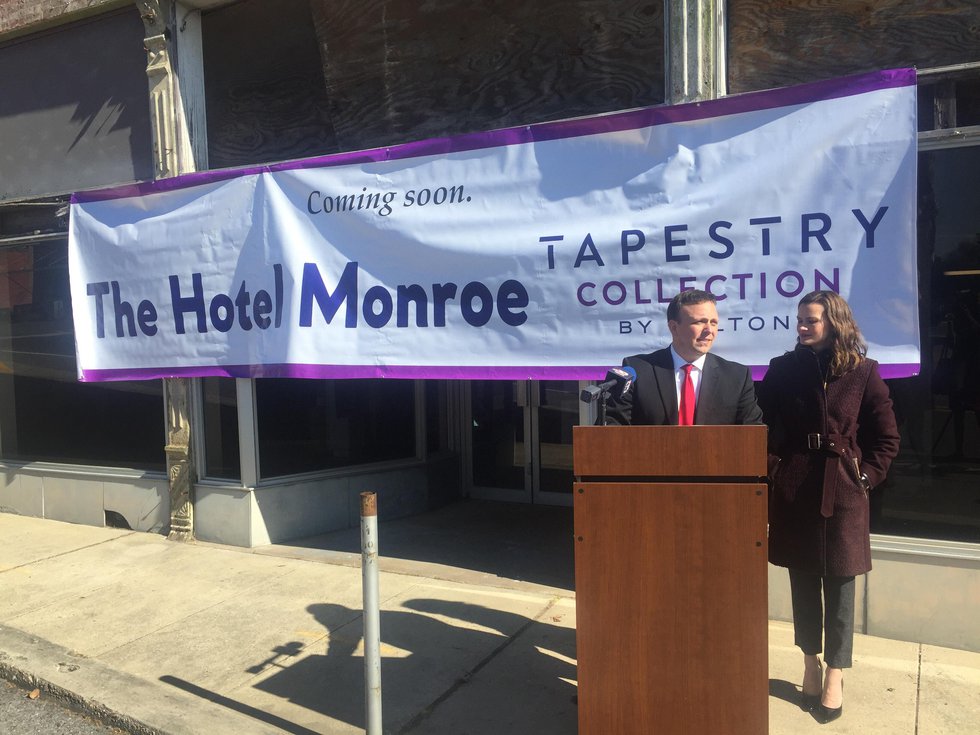 MONROE, La. (KNOE) — A boutique hotel in downtown Monroe is set to get tax incentives to ensure the project reaches the finish line.

On July 26, the Monroe City Council approved an incentive for properties in the Walnut Street Economic Development District.

“Downtown Monroe over the past 10 years has changed a lot,” Echols told KNOE. “I think this project is kind of the next evolution of a big investment.”

The incentive, known as tax increase financing (TIF), works by returning a portion of the sales tax revenue generated by the property to Echols. Currently the city does not generate any sales tax on the property as it is undeveloped.

“They must provide documentation proving that they have already spent the money and that the money was spent specifically on the project in this area,” explained attorney Mike Busada of Butler and Snow LLC. “They have to provide receipts or documents. Then they would get a refund.

The development is expected to cost around $31 million. Echols could be repaid up to $2.5 million per transaction over 20 years.

Meanwhile, naysayers say while they support the project, they feel the south side of Monroe has been neglected.

“We wanted to be on the same ballot on the same list as Walnut Street,” explained Charles Theus, executive director of the Southside Economic Development District. “So we could move our property and our neighborhood forward at the same time. We feel like we’re being treated unfairly. »

SEDD is working on a similar investment with Mayor Friday Ellis, but nothing has been finalized.

Meanwhile, Echols says his development will benefit the entire city.

“I see downtown as the heart and soul of the city,” Echols told KNOE. “It’s the heart, and it’s where the blood flows. If you have a good downtown, all other parts of the city will thrive.

Importantly, the Louisiana Legislature approved the Walnut Street Development District in 2015, before Echols was elected and before he served on the city council.

Is the United States in a state of irretrievable decline? – Analysis – Eurasia Review