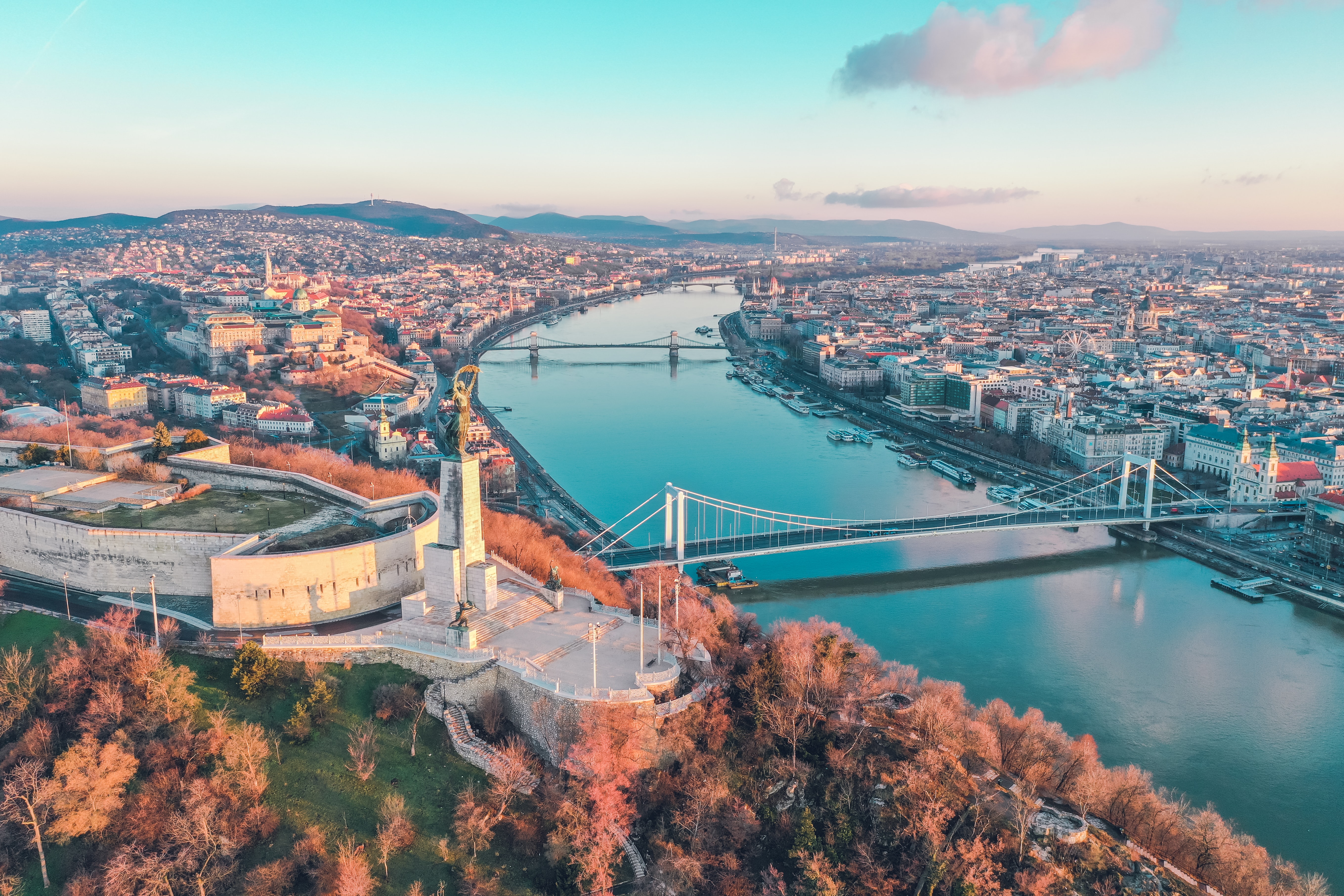 Center of Europe: the advance of the four of Visegrád

As EUROPE emerges from the depths of its forties and recession, its geopolitical landscape will reveal a significant shift, the result of trends that appeared before 2020. As these trends disrupt a status quo that sustains illusory feelings of trust and superiority among the elites of Western Europe it can only be recognized slowly and hardly.

Before the pandemic, many saw the East-West divide of the European Union (EU) as a ‘rich man-poor’ gulf between a prosperous, modern and worldly Western Europe, on the one hand, and a poor, backward Central Europe. and isolated. and Eastern Europe (CEEC), on the other hand. Western leaders easily adopted a skeptical and condescending tone towards the Eastern members of the EU, in large part because of the persistent perception of these states as the hapless orphans of the Nazi and Soviet regimes. Not to mention the poor opinion of Central and Eastern Europe in popular culture; in Paris and Berlin, Central Europe is considered as a regional backwater—The European version of West Virginia.

Indeed, until the peoples of Central and Eastern Europe freed themselves from the USSR and the Warsaw Pact, they were systematically ignored, misunderstood or ritually described as “backward”. One of the most popular English books on Europe, Europeans, by Luigi Barzini, focuses on Belgium, France, Great Britain, Italy, Luxembourg, the Netherlands and the former West Germany – and, strangely, even the United States – but not a single country in central or eastern Europe. And neither the European Union nor its predecessor, the European Economic Community, ever called itself Western Europe, although until 2004 all of its members were located in Western Europe. In Brussels, “Europe” generally means Western Europe.

Yet some Central and Eastern European countries are, in terms of national progress, becoming the equals, if not superior, of France and Germany, two founders of the EU and its two most important members. and the richest. Recent statistical measures of economic growth, employment, income, prosperity, hard currencies, life expectancy, tax and debt burdens, global engagement, economic penetration China, innovation, entrepreneurship, manufacturing, immigration, crime and terrorism all show that four ex-Soviet satellites of the EU’s eastern border – the Visegrád or V4 group – perform better than France or Germany in almost all benchmarks.

And why is this important? Because the best performing Central and Eastern European countries undermine the reputation, governance models and leadership of Berlin and Paris, and the obvious systemic failures of Western European capitals can only support populist politics or “Illiberal” from Central and Eastern Europe. Europe. Western European elites are understandably not anxious to deal with their widespread and persistent political failures, so they remain little known. But the long-established reputations of Paris and Berlin are undermined by tons of data. Western Europe still boasts larger economies, higher incomes and longer life expectancy, but these represent a legacy of decades of prosperity and peace that has been denied to Eastern members of the EU. The indicators in which some CEE states are lagging behind, such as corruption or pollution, are also a legacy of the former communist regime. Economic and social progress before the pandemic looked very good for Czechia, Hungary, Poland and Slovakia, and worrying for Germany and France. If these trends pick up again – and there is no reason to believe that they will not – the East will soon eclipse the West.

The V4 ECONOMY and finances, for example, are much healthier in many areas than France and Germany. Pre-pandemic data indicated that the four countries of Central Europe were rapidly benefiting from the economic prosperity and financial stability of the two greatest powers in Europe. Before the coronavirus pandemic, the Four of Visegrád had long enjoyed levels of economic growth and employment significantly higher than Paris or Berlin. The gross domestic product (GDP) of the V4 grew by an average of 4.3% in 2018, compared to 1.6 for France and Germany. In both Hungary and Poland, GDP growth was 5.1%, more than three times the average rate for France and Germany. The worst growth rate among the V4s – the Czech Republic’s 3.0% – was still double the growth rate of Germany. Given Germany’s stellar reputation as Europe’s economic powerhouse, this is important. However, inflation remained moderate in the four Visegrád countries, ranging from 1.7% in Poland to 2.9% in Hungary.

Slower growth was forecast for France and Germany in 2020, even before the coronavirus pandemic, with the International Monetary Fund forecasting growth of 1.1% for Germany and 1.3% for France. Slightly slower growth was also expected for the V4 countries – from 3.3% for Hungary to 2.6% for the Czech Republic – but again the worst performing V4 country would still benefit from a growth rate should be double that of France and even better than that of Germany. And some analysts have seen this trend continue for at least another decade. A recent report from HSBC Global Research, The world in 2030, predicted that the V4 countries would maintain strong GDP growth rates of 3.4-3.6% until 2030, when it predicted a growth rate of 0.9% for Germany and 1, 1% for France.

The savings of the V4 are more vigorous in many other ways. Commercial real estate investments in the V4, for example, were still skyrocketing in the first quarter of 2020, when more than 3.78 billion euros were invested in all four countries, plus Romania. This is an increase of 79% from the first quarter of 2019 for these countries. In contrast, the growth of real estate investment in Germany was 35%, that of France 21% and the average for Western Europe 51%. And speaking of real estate, Warsaw will soon welcome tallest building in the whole of the European Union, Varso Tower, in a project led by Slovak developer HB Reavis.

Given this, it’s no surprise that the V4 countries also experienced higher employment levels than Germany and France, both on average and in most individual comparisons. Average UNEmployment in the Visegrád countries in 2018 was 4.1%, while it was on average 6.3% in France and Germany. The poor performance of the latter was due almost entirely to France, whose high rate of 9.1% would be associated with the United States in a severe recession. However, the Czech Republic benefited from a lower rate (2.3%) than even Germany (3.4%). Hungary’s 3.7% rate was only slightly higher than Germany’s, and each V4 country had much less unemployment than France.

Yet this approach has serious flaws. Although Germany is the largest net contributor of European funds, its economy has benefited the most under the euro, earning 1,900 billion euros between 1999 and 2007, or around 23,000 euros per German. Berlin’s economy benefits from the EU Eurozone in many ways, according to Bertelsmann Stiftung, a respected German think tank. Without the euro, Germany’s GDP would be around 0.5 percentage point lower, bringing it down to 1% in 2018 (see GDP figures above). By 2025, the benefits could rise to an additional 170 billion euros for Germany. The higher German GDP also explains around 0.5% less unemployment.

In fact, the GDP of almost all EU members is higher due to the integration of European economies, according to a study by the American Chamber of Commerce of the EU, and France and Germany enjoy an even higher percentage increase in annual GDP than the V4 countries. According to the report, Germany saw an increase of 1.55% in GDP per capita and France of 1.14%, while the gains for the V4 ranged from 0.79% for the Czech Republic to 0.49%. for Poland.

Even though EU grants are a part of GDP in V4 countries, the question of considerably lower GDP growth rates in France or Germany looms over the issue and raises a question: is it smart for Paris and Berlin to “get poorer”? by allocating billions of euros to other countries as their own economies collapse?

As a result of stronger economic growth and declining unemployment, Central European incomes increased dramatically and gained on the incomes of France and Germany, including national incomes have stagnated for decades. Beginning in poverty and isolation under communist rule in 1989-91, the average national income in Slovakia rose from 50 percent of the European average in 2000 to 75 percent in 2017, an increase of 50 percent. Income rose in Hungary from 53% to 65% of the European average, from 53% to 70% among the Poles and from 62% to 76% among the Czechs.

The Case for and Against Investing in Emerging Markets Now