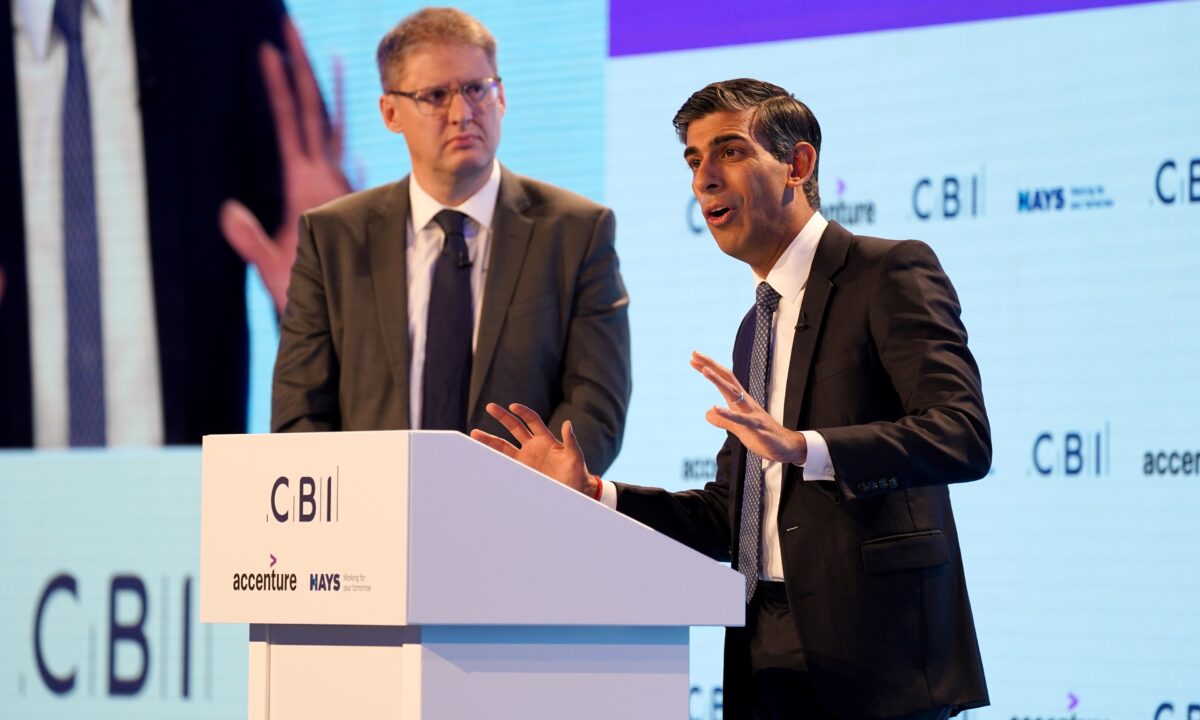 Attending the Confederation of British Industry (CBI) annual conference in Birmingham, Sunak has been urged to agree a ‘new deal’ on immigration, allowing more skilled workers to enter the UK with fixed-term visas.

The Prime Minister said the end to free movement of labor after the UK left the European Union was partly to ‘rebuild public consent’ in the UK immigration system, s committing to fight illegal immigration to build trust in “a system that gives businesses access to the best and brightest talent around the world.

Delivering a keynote address at the conference, CBI chief executive Tony Danker urged the government to “be honest with people”, saying “we don’t have enough Brits to fill vacancies, without talk about a skills mismatch”. .”

Danker argued that the economically inactive will not be back in the workforce soon because of the long NHS backlog and that it is “unrealistic” to close the gap with automation.

According to the latest data from the Office for National Statistics (ONS), the UK’s unemployment rate in the third quarter was 3.6% while the economic inactivity rate rose to 21.6%.

The ONS said half a million more people reported long-term illness as the main reason for economic inactivity compared to 2019 and the trend started before the COVID-19 pandemic, but it has also stated that 69% of those who became inactive due to long-term illness between the first quarter of 2021 and the second quarter of 2022 were already out of the labor market for another reason during the previous three months.

Danker called for a “new pact on immigration” that allows “economic migration to areas where we’re not going to bring people and skills home any time soon.”

“In return, we are giving back those fixed-term visas,” he said, adding that the list of shortage occupations should not only be directed to the Minister for Immigration, but also to the Secretary for Education and to businesses.

Speaking after Danker, Sunak did not say whether or not he plans to increase the number of immigrants.

“Part of the reason we ended free labor movement was to restore public consent to our immigration system,” he said.

“If we’re going to have a system that gives businesses access to the best and brightest around the world, we need to do more to give Britons confidence and confidence that the system works and is fair. It means tackling illegal migration,” Sunak said, adding, “And that’s what I’m determined to do.

Sunak said the government was launching a program to identify and attract the world’s top 100 young AI talent, saying the UK “cannot allow the world’s best AI talent to be lured to America or in China”.

Pressed by the BBC on whether he will ease immigration rules, Sunak said he was “committed to reducing the number of illegal migrants”.

“And if we do, then I believe we can and it is right to ensure that the UK is a beacon for the best and the brightest in the world,” he added.

Sunak also urged companies to inform him of “pinch points” where skilled workers are needed.

Lily Zhou is an Irish journalist specializing in British current affairs. Lily first joined the Chinese edition of The Epoch Times before focusing on the UK in 2020. Contact Lily at [email protected]

CT: How the Five-Year Rail Plan Will Impact Connecticut’s Economy