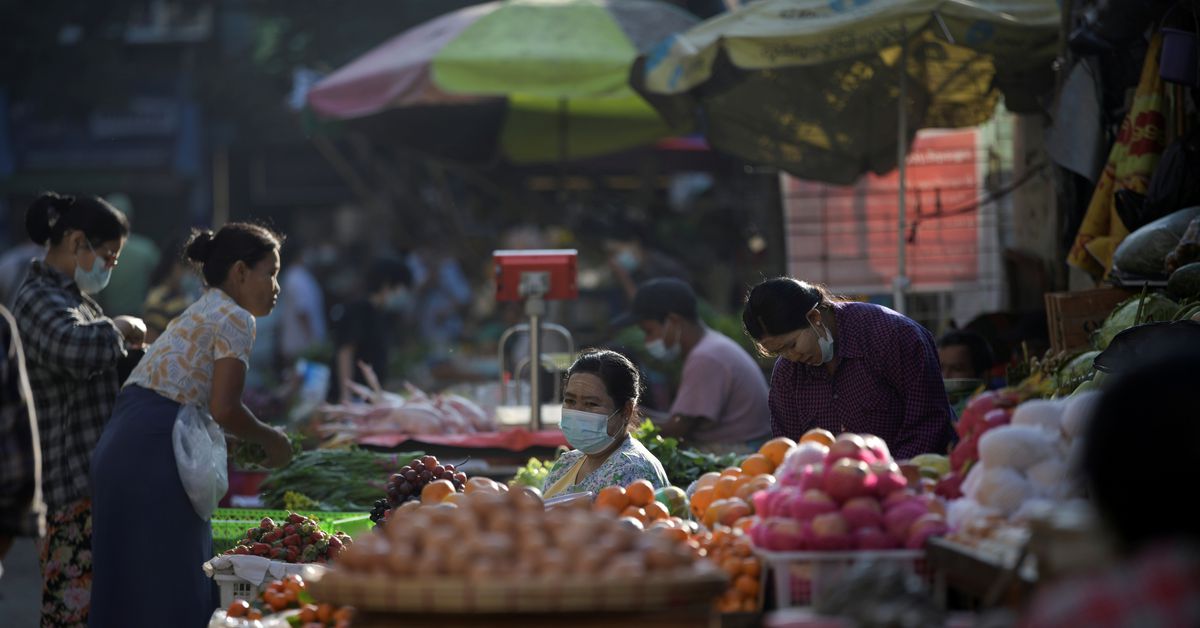 People are seen in a market after the military seized power in a coup in Yangon, Myanmar on February 2, 2021. REUTERS / Stringer

September 30 (Reuters) – Myanmar’s current economic problems have been caused by “outside factors” and two waves of COVID-19 infections, but the military government is taking full responsibility and working hard to address it, said Thursday a spokesperson.

Myanmar’s currency has lost more than 60% of its value since early September, pushing up food and fuel prices in an economy that has collapsed since the February 1 military coup. Read more

â€œThe government is doing its best to resolve this situation as best it can,â€ Zaw Min Tun said at a regular press conference.

“As happened under this government, the current government will have to take responsibility.”

Many gold shops and exchange offices in Myanmar have closed due to the turmoil, while the collapse of the kyat has been a hot topic on social media, where users posted images of purchases on Thursday. fuel panics or closed gas stations due to shortages.

Rising commodity and fuel prices posed major challenges to Myanmar’s previous military governments, with the cost of cooking gas among the triggers of a monk-led â€œsaffron revolutionâ€ in 2007.

Zaw Min Tun said the economy had deteriorated due to outside factors as well as the coronavirus, but did not specify which these were.

“We have the responsibility to rebuild it,” he said of the economy.

The World Bank predicted on Monday that the economy would collapse by 18% this year and that Myanmar would experience the largest employment contraction in Southeast Asia.

In August, the Myanmar Central Bank attempted to peg the kyat at 0.8% on either side of its benchmark rate against the dollar, but dropped that earlier this month as the pressure on the exchange rate intensified.