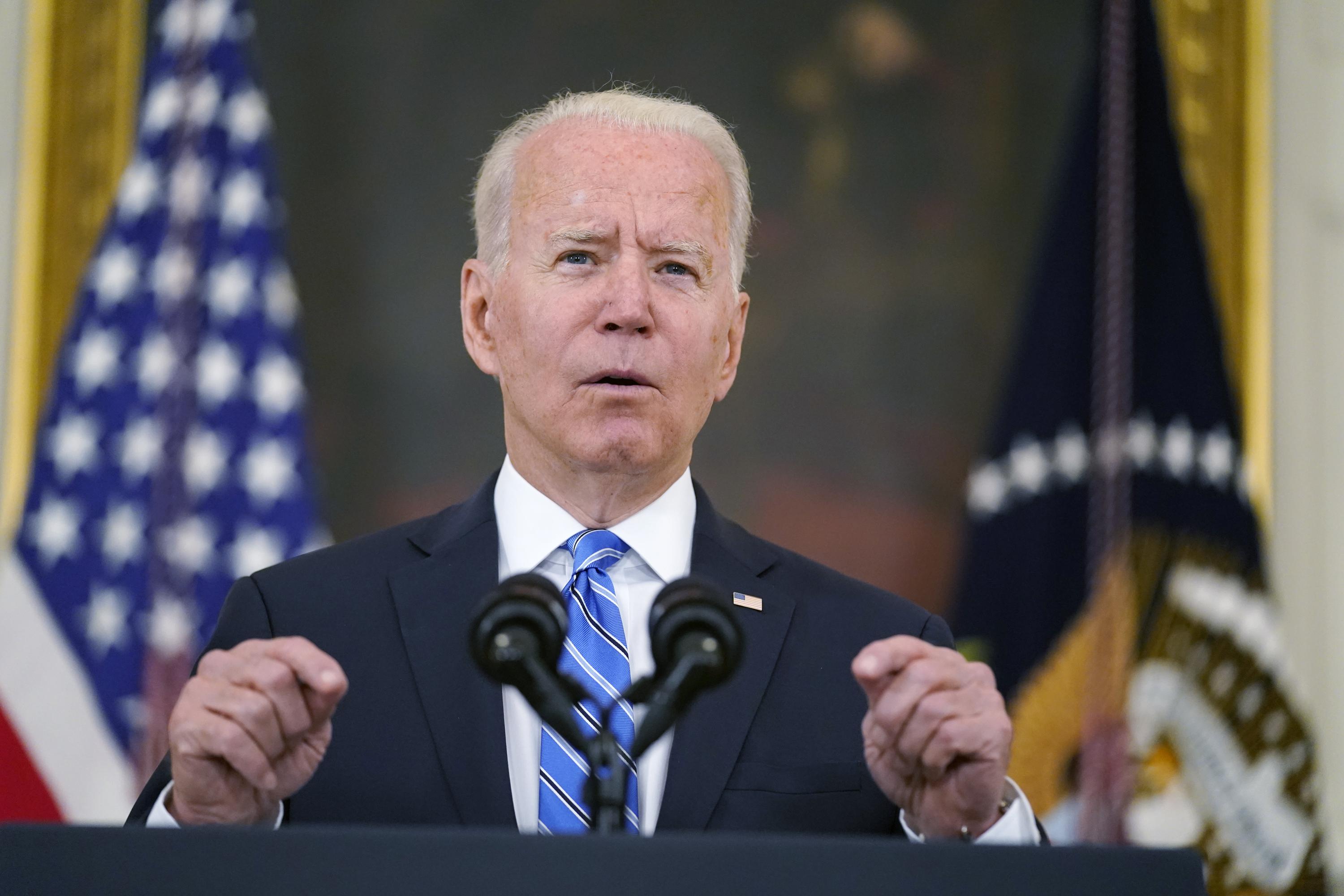 WASHINGTON (AP) – President Joe Biden said on Monday his infrastructure and families program must be passed to maintain the economic momentum of his first six months in office, with the aim of setting the tone for a crucial week of negotiations in Congress on both bills.

But a deadline set Wednesday by Senate Majority Leader Chuck Schumer on the bipartisan infrastructure bill was uncertain, as Republicans signaled they would likely oppose a procedural vote, for now. , while the details are still being worked out. Senators are arguing over how to pay for the new spending in the $ 1,000 billion package for highways, the water system and other public works projects.

At the same time, Democrats are working out the details of a separate bill that would invest $ 3.5 trillion nationwide in the lives of Americans – with support for families, education, climate resilience and other priorities that they aim to adopt with Democratic support alone. Democrats hope to show progress on this bill before lawmakers leave Washington for their vacation in August.

The legislative maneuvers mark a major test of Biden’s ability to deliver on a huge package of economic promises and reforms he made during his campaign. He exerted public pressure on lawmakers with a series of speeches highlighting the strengthening of the economy while stressing the need to invest more to continue this growth and strengthen the middle class.

“What the best companies are doing – and what we should be doing as a country – is making smart, sustainable investments with the right funding,” the president said in a White House address Monday.

Calling his plans a “blue collar plan to rebuild an American economy,” Biden said: “This is the best strategy to create millions of jobs and raise middle-class families, raise wages and keep prices down. affordable in the long run “.

The economy has come back to life as more Americans have been vaccinated and Biden’s previous $ 1.9 trillion relief program scoured the country. Employers have created an average of nearly 543,000 jobs per month since January, with Federal Reserve officials anticipating overall economic growth of about 7% this year, which would be the highest since 1984. Yet there is also uncertainty as employers say they are struggling to find workers at current pay levels and inflation concerns have not yet fully abated.

McConnell and outside groups, including Koch-backed Americans for Prosperity, have urged Republicans to vote against the continuation of the bipartisan package until they have more details. “I think we need to see the bill before we decide whether or not to vote for him,” McConnell told reporters on Capitol Hill.

The president is calling for more than $ 4 trillion in combined spending in hopes of prolonging strong economic gains. Biden’s $ 3.5 trillion package focused on climate, schools and families will need the support of the Senate’s 50 Democrats to wipe out a party line vote.

The key to Biden’s message is that growth is happening as expected and is helping America’s middle class. Still, much of it is expected to fade as the economy fully recovers from the pandemic.

But his $ 973 billion infrastructure contract with a bunch of Senate Republicans doesn’t have a clear plan of how to pay, as GOP lawmakers have moved away from tighter IRS enforcement.

Instead, bipartisan group senators plan to reverse a Trump-era rule on drug discounts this could bring in some 170 billion dollars to be used for infrastructure. No decision has yet been made as senators prepared to meet on Monday evening to discuss next steps.

Over the weekend, Republicans angered at the prospect of a vote on Wednesday, noting that key questions about how to pay the expenses still remain unanswered. The package needs 60 votes to defeat a GOP obstruction, or delaying tactic, and pass the Senate – which means at least 10 Republicans must join the 50 Democrats to support it. While Republicans still voice concerns about the package, the success of Wednesday’s procedural vote remains uncertain.

White House press secretary Jen Psaki on Monday dismissed questions about the bill’s future and what the administration would do if Wednesday’s vote were unsuccessful.

“Two days is a lifetime in Washington, so I don’t think we’re going to make predictions about the death of the infrastructure package,” she told reporters.

Biden also used his remarks on Monday to fend off Republican criticism of his plans which argue that massive federal investments in the economy will accelerate inflation.

Biden said on Monday that his proposed investments would help rebuild U.S. supply chains and ease pressures on U.S. production that some economists say have contributed to inflation.

“If we make prudent, multi-year investments in better roads, bridges, transit systems and high-speed internet, a modern and resilient electricity grid, this is what will happen: it will remove bottlenecks in our economy.” , did he declare.

â€œThese measures will improve our productivity, by increasing wages without raising prices. It won’t increase inflation, it will take the pressure off inflation, â€Biden added.